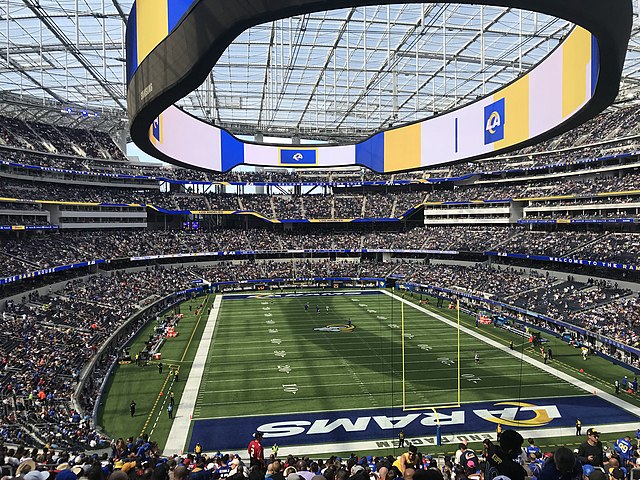 The 34-year-old Matthew Stafford has thrown for 5,000+ passing yards in a single season & he recently became a world champion for the first time in his career. However, his 2022 campaign has told a different tale of his abilities. The former first-overall pick in 2009 has thrown five touchdowns to seven interceptions (tied with Matty Ice for the most in the league). Furthermore, he has led his reigning Super Bowl squad to a very disappointing 2-3 record on the season. With that enunciated, I can’t help but ask the pivotal question surrounding the Rams QB: Is Matthew Stafford overrated?

Contrary to die-hard Georgia fans, I honestly do believe that Stafford is overrated right now. I have to give props for Stafford being a stat machine in the Lions offense, especially because Megatron was often Stafford’s only hope in his Detroit tenure. Of course, he arguably solidified his case in the Hall of Fame with a victory against the Cincinnati Bengals in Super Bowl LVI. However, he can’t lay down in a 2022 season where Aaron Donald and Sean McVay are un-retired.

Stafford hasn’t only been a stain in the face of the football gods in 2022 overall, but he hasn’t mustered out one quality showcase this season. The Rams QB1 has only thrown more than one touchdown in one game this season & in that same match-up, he unleashed two interceptions. Unfortunately, he’s struggled against divisional foes (Arizona Cardinals and San Francisco 49ers), who will certainly lick their chops against him in their battles in the future. Stafford threw 0 touchdowns to 1 interception against the 49ers & 0 touchdowns to 0 ints against the Cardinals (regardless of his porous pass protection).

If Stafford continues to look like his rookie self, I sincerely hope that Tupac doesn’t roll over in his grave. I don’t anticipate that McVay will flip to Rams QB2 John Wolford within the next few weeks, but It’s not a debate that the Rams will be looking closer at QB prospects in the 2023 draft for long-term plans. Kenneth Arthur of Turf Show Times nicely pointed out that it may be wise for LA to even draft a QB in 2023. Stafford has gifted arm talent, a head coach that is similar to the energizer bunny, and likely the keys to the offense for this season. Yet, it’s still safe to say that he’s vastly underperforming, he isn’t on pace to win his first MVP ring outside of the Lions building, and he may not be Rams genuine franchise QB beyond 2022.