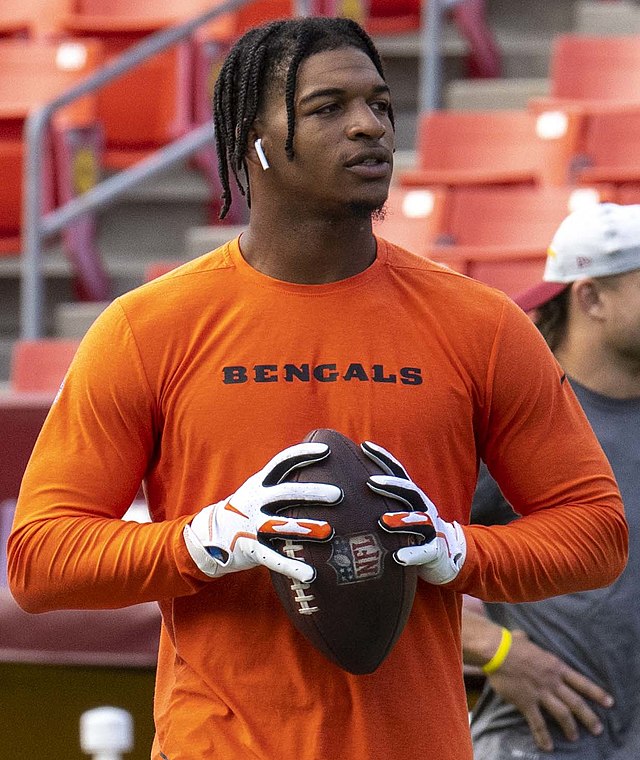 Can the Bengals win in Week 6?

The Cincinnati Bengals take a trip to the Big Easy in Week 6. The Bengals signal-caller Joe Burrow is returning to his old stomping grounds — as he was a mythical figure at LSU. With that said, I will untwine five questions for the Burrow-led Bengals in Week 6.

The 2021 Offensive Rookie of The Year, Ja’Marr Chase, has been hit or miss this season. Chase unleashed 10 catches for 129 yards, a touchdown in Week 1, and a modest 81 yards in Week 4. However, Chase only unveiled 54 yards in Week 2, 29 yards in Week 3, and seven catches for 50 yds last week. The New Orleans Saints CB1 Marshon Lattimore will be out, so Chase will have the golden opportunity to shine against Who Dat Nation.

Trey Hendrickson will seek to wreak havoc against his former team this Sunday. Hendrickson only has 2.5 sacks on the season (which came against the New York Jets). He will be facing James Hurst — who has only allowed one sack this season.

3. Will Eli Apple have a quality performance?

Eli Apple will link arms with Trey Hendrickson in their attempt to fight to the death against their former squad, the New Orleans Saints. Apple was honestly underrated in my opinion last season. Well, 2022 has told a different tale about his abilities (as PFF has given him a 52.2 grade). Expect the Saints to try and match Chris Olave with Apple on deep-passing plays.

4. Will Joe Burrow have a big day?

The New Orleans Saints made Geno Smith look like Tom Brady a week ago (as Smith unveiled 3 passing touchdowns to 0 interceptions and a 139.7 passer rating). Burrow has the perfect opportunity to have a big day against a Saints defense that has been mediocre on the back end as of late. The former LSU QB has only thrown more than two touchdowns once this season. Hopefully, Burrow & Chase can start clicking in Lousiana once again.

The Bengals signed La’el Collins this past off-season and anticipated him to be a star at tackle for their shiny offensive trio. Collins has blatantly been a bust for their OL this season. He’s earned a porous 53.2 grade by PFF thus far. It won’t be easy for him to return to being a stud against Cameron Jordan, who had a pair of sacks last week.