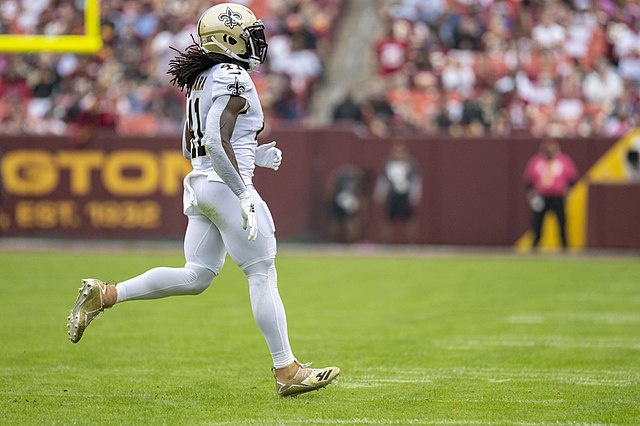 Will Cook or Kamara have a better 2022 season?

Last time we did a head-to-head article, we looked at the two best running backs in the NFL Saquon Barkley and Nick Chubb. Today, we’ll be looking at a pair of veteran running backs who may be nearing the end of their respective primes.

Cook has been nothing short of a workhorse for the Vikings this year. With the exception of Week 2 against the Eagles, Cook has garnered at least 17 carries and 75 yards rushing each game. The touchdowns were slow to arrive, but he just scored twice last week, signaling positive regression in that area.

Kamara has seen his 2022 derailed with injuries, causing him to miss multiple games. He has yet to reach the end one, partially due to Taysom Hill vulturing touchdowns, and a pass-heavy offense. Having Andy Dalton under center is also a handicap to the capabilities of the offense, and limits the scoring opportunities for everyone, Kamara included.

Kamara has been the better receiving back, getting more targets and yards through the air than Cook. However, Cook has been the best on the ground, averaging more yards per carry and scoring three times. Kamara has yet to see the end zone. Cook also operates in a much more efficient and high powered offense, with Justin Jefferson and Adam Thielen making sure defenses cannot stack the box against the run. Kamara does not always have that same luxury, with the Saints receivers decimated by injuries.

Outlook for 2022 and Beyond

Both backs are at the age of 27 and locked into extensions signed with their teams. Cook and Kamara have significant injury histories as well, which does not bode well for their long-term success. And unless your name is Derrick Henry, running backs do not age particularly well. 27 is right toward the end of their effective running days. While both backs are in very similar boats, the slight edge goes to Cook, who has the better QB and offense around him. More touchdown opportunities are everything.