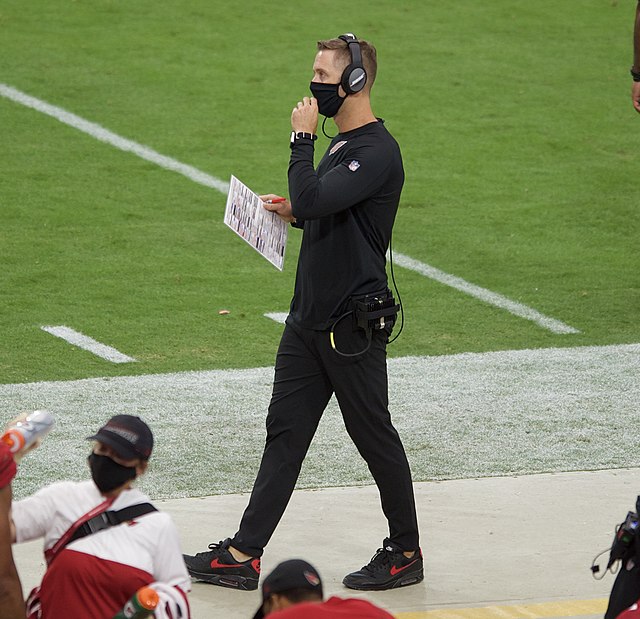 Kliff Kingsbury, also known as the man that lives in an Ex Machina-like home, hasn’t had the most glamorous 2022 campaign. His signal-caller, Kyler Murray, has only thrown more than one touchdown in one contest this season. The Cardinals also rank 15th in points per game (after being 10th in PPG last season). The worst issue is that the Cardinals sit at 3-4, which is tied with San Francisco for last in the brutal NFC West. With that stated, a sincere question clouds over the clean-cut Cardinals ring leader: Is Kingsbury overrated?

I honestly don’t believe that Kingsbury is overrated. I also believe it’s the right decision by Kingsbury to hold onto play-calling duties. There have been hiccups with the Cardinals offense this season, but it should be noted that the Kingsbury-Murray sandwich didn’t have their Hail Mary savior DeAndre Hopkins up until last Thursday Night. Coincidentally, Murray registered his highest passer rating in a single game w/ Hopkins against Who Dat Nation (100.4). The chemistry between Murray and Hopkins will continue to improve in 2022-2023.

Let’s not forget the value that top-end WRs carry for their respective teams. Besides the Cardinals offense stuttering without Nuk, the New Orleans Saints offense has really been abysmal without Michael Thomas — after MT scored a pair of touchdowns and the Saints offense dropped 27 points in Week 1.

Kingsbury may not have had the sexiest 2022 season, but he still deserves a lot of props for his work in 2019 and 2021. In his rookie season (2019) as an HC, Murray went on to win Offensive Rookie of The Year. Murray even looked like a legitimate MVP candidate in the first half of last season. Lamar Jackson has improved from a season ago & I feel that the Cards QB that re-signed to his squad on a four-year, $230,500,000 deal is too gifted to be slowed down much longer. I trust that Kingsbury and a passionate Murray will fire off on more cylinders moving forward.