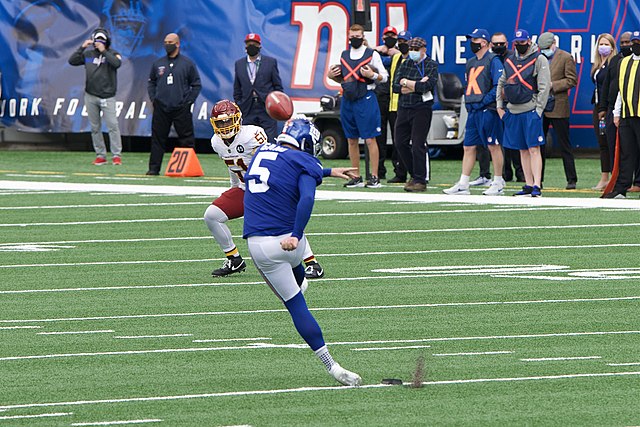 Who will win the NFC East this season?

Entering the 2022 NFL season, it seemed more probable that the New York Giants would start 1-6 than 6-1. Yet, the GMEN stand proud at 6-1 — which is a more potent record than every team in the gutsy AFC West & NFC West. Nonetheless, it must be noted that the not-so-little Giants are second in their division (behind the 6-0 Philadelphia Eagles). The Giants still need to keep the gas on the pedal & stride to win the NFC East for the first time since 2011. Hence, I’m going to untwine a few reasons why the Giants can legitimately win the NFC East.

The biggest asset to the Giants squad is undoubtedly the former Penn State football & weight room legend, Saquon Barkley. The Giants RB1 is second in the league in rushing yards and he has more carries than any other half-back this season. The re-birth from Barkley is also a monster reason why the Giants offense ranks fifth in the time of possession (TOP). The Giants lean on Barkley to erase opponents by a thousand cuts.

The Giants have won six games this season, but it should be noted that the Giants victories have been against playoff-caliber teams. The Giants beat the Lamar Jackson-led Ravens two weeks ago & the mighty Aaron Rodgers-led Packers three weeks ago. Meanwhile, the Eagles have only played one brutal opponent: the Minnesota Vikings. The Eagles did play against the Boys, but let’s not forget that Jerry’s team was led by none other than Cooper Rush.

The Giants rookie pass rusher Kavyon Thibodeaux didn’t notch a sack last week, but he didn’t stop pressuring Trevor Lawrence. Thibodeaux unequivocally has the makeup to be an All-Pro in this league. It’s completely okay if the Giants pass-rusher doesn’t play like Lawrence Taylor in his rookie season — as J.J. Watt and Khalil Mack combined for 9.5 sacks in their rookie campaigns. I expect the Giants DE that missed the first couple of contests to improve his craft & be unstoppable as the season progresses.