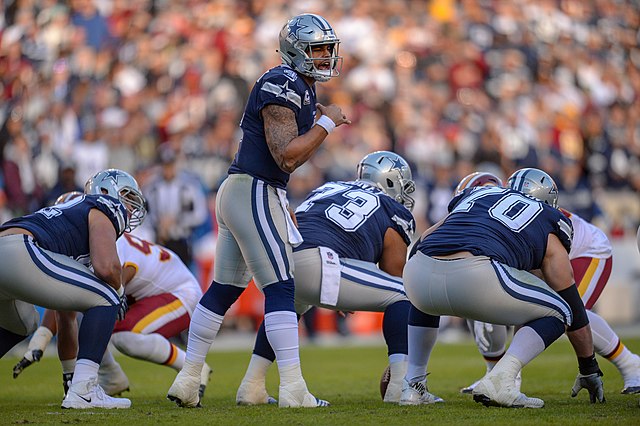 Will Zack Martin be cast into Canton?

It shouldn’t be the least bit controversial to say that Martin is a future Hall-of-Famer. Among the things that he does extraordinarily well are the fundamentals of the position. He hasn’t had more than two penalties in a season since 2015, just his second season in the NFL. In 2017, he played the entire 16-game regular season with not a single penalty. That’s an incredible accomplishment for an offensive lineman.

Martin’s ability to prevent pressure on his quarterback is also one of his strongest assets. The most sacks he’s ever allowed in a season was three in 2018. In all other seasons, that number has been between zero and two. Other top offensive guards in the NFL don’t match the consistency or the overall quality that he has, and this season is yet another showcase of this so far.

Martin has always been quick with his hands, great with his positioning, and, for a man of his size and stature, very athletic. This is what has allowed him to have such an advantage over opposing defenders for as long as he has. These skills have allowed him to become just one of 12 players in NFL history to be named to at least five first-team All-Pro teams, a list that includes names like Luke Kuechly, Lawrence Taylor, Jerry Rice, and Barry Sanders.

When it comes to interior offensive linemen, the fact is there has rarely been anyone better than Martin in the NFL’s long history. The reason the Dallas Cowboys find themselves in as good a position as they currently do is in large part due to his presence in their offense. His play allowed Cooper Rush to become comfortable and acclimated easily into the offense in the absence of Dak Prescott. The quarterback became one of the league’s most reliable in the weeks he filled in for the team. That could only have been the case with an offensive line giving him the necessary space in the pocket to operate. Just another in a long list of accomplishments for the future Hall-of-Famer offensive lineman.