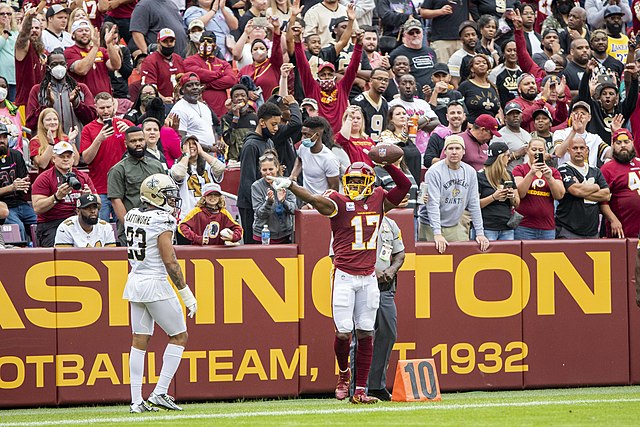 Are the Saints cursed right now?

The New Orleans Saints have voodoo in their stadium, but it could be said they’ve had the best dosage of terrible luck in recent memory. Last season, the Drew Brees-less Saints set an NFL record with 57 new starters (which included the Saints QB3 Trevor Sieman starting four contests). It’s clear that fellow Saints die-hard fan Matthew McConaughey’s hair went grey after witnessing the musical chairs in the Saints roster.

The story of the Saints injury issues hasn’t changed in 2022. Who Dat Nation unveiled the red carpet for Michael Thomas entering Week 1 and he didn’t disappoint — as he hauled in a pair of touchdown passes. Unfortunately, he has yet to play in a contest since Week 3. Besides Cantguardmike being MIA, Alvin Kamara has missed action & QB Jameis Winston has been the biggest disappointment at QB this season.

Let’s not forget that Marshon Lattimore missed the last two contests & is bound to miss this upcoming showdown.

It’s tiresome that Saints fans have been hurt (not by Johnny Cash) in the regular season, especially when they’ve been dealt a tough hand by the football gods in the post-season. The Saints have been demolished by Marshawn Lynch, Stefon Diggs, Vernon Davis, and Bill Vinovich. They’ve been shakier in the post-season than the old Marc Andre Fleury in contests of high stakes.

I do believe that the Saints, who miraculously converted Ambush in Super Bowl XLIV, have been cursed in recent memory. Yet, it must be noted that the Saints can’t blame Gregg Williams or NFL officiating for their negative lightning-bolt outcomes. They need to simply be a more well-balanced football squad.

The Red Rifle, aka the Saints starting QB moving forward, can’t be the next NFL QB to state that his team should start cutting reps from fellow skill players. The Saints sincerely need to stay healthy, stay disciplined in all four quarters, not install bounty systems or disastrous efforts against Hail Maries and put their best foot forward to win a Super Bowl within a few seasons — which will likely require a new (and more disciplined) HC and a more lethal QB.