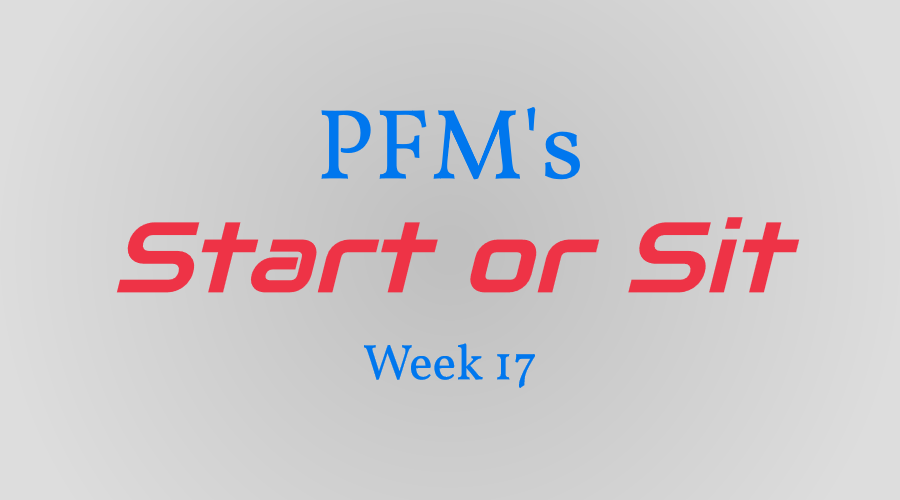 Don’t forget to check out our fantasy football rankings page for our latest player rankings.

Garrett Wilson has his favorite QB back. Mike White will be starting for the Jets again and the offense will most likely flow. Garrett Wilson has been insane with Mike White as his QB. In three games, he has averaged 21+ FP which includes at least seven targets, five receptions and 78+ yards. Against a struggling Seattle defense, Garrett Wilson can have another great game.

Justin Herbert comes in to Week 17 with a clinched playoff spot. He faces a tough Rams defense that led to Nathaniel Hackett getting fired after the Denver’s Week 16 loss. Herbert has been terrible the past two weeks scoring just 16 FP combined against the Titans and Colts. It’s most likely that Justin Herbert will let us down again this week.

Nick Chubb hasn’t been the same ever since Deshaun Watson became the starting QB. Ever since the QB change, Chubb hasn’t rushed in for a TD in four games. He has also not hit over 100 yards rushing which he did six times with Jacoby Brissett as QB. The Commanders did a great job limiting Christian McCafferey in their Week 16 matchup. The Washington defense will be capable of stopping the ground game of Cleveland.

Darren Waller has been solid ever since he returned in Week 15. He has averaged 11+ FP in his return and gets a lot of YPC. The problem for Week 17 is that he faces the elite 49ers defense with Jarrett Stidham as the starting QB for this game. Las Vegas is always chaotic and we question the purpose of this move. This game can get ugly really fast so it might be best to look for another TE option.