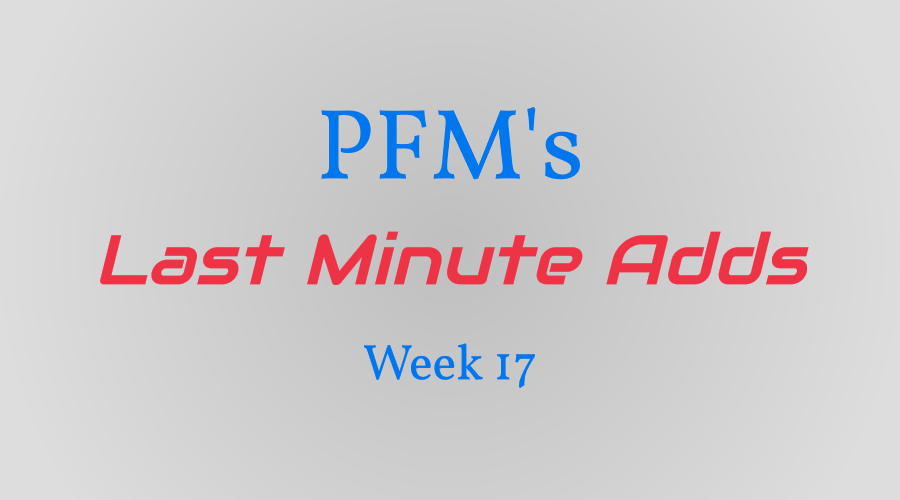 Don’t forget to check out our fantasy football rankings page for our latest player rankings.

Mike White is back after a two week absence from injury. The New York Jets are in a sticky situation with a wildcard spot on the line. In a three game sample size, he averages 18+ FP. He faces a Seattle defense that has cooled of. Look for Mike White to deliver an impressive performance against the Seattle defense. If there are Jets’ WRs available, you may also want to consider scooping them up.

Who would have thought Tyler Allgeier could help teams win championships. The Falcons’ RB has been on a role in the past two games. He scored 22.60 FP against the Saints in Week 15 and 15.70 FP against the Ravens in Week 16. He faces an Arizona defense that did play well against Tampa Bay the prior week. Allgeier can be trusted upon to break through for the Falcons.

Isaiah Hodgins has been one of the best kept secrets in fantasy football. Despite being 6% rostered, he has scored 15.40 FP, 15.80 FP and 22.90 FP in three of his last four games. In those games, he has caught a TD and he averages at least five receptions. The Giants face the Colts who have been disappointing on defense. Isaiah Hodgins is primed for another solid game.

The hype for Noah Fant at the start of the season has finally arrived as he has been more than solid these past few weeks. He has become Geno’s favorite red zone target as he has three TDs in the last four games. This has helped him average almost 10+ FP these past few games. With the Jets prioritizing D.K. Meltcalf, Noah Fant may have another big day this Week 17.

The Jacksonville Jaguars have been on fire and are now the division leader in the AFC South. They come into Week 17 against the Texans in a game they can easily win. The Jaguars have been the seventh best defense in fantasy and have scored double digit FPs for the past three weeks. Look for another great game against the struggling Texans.