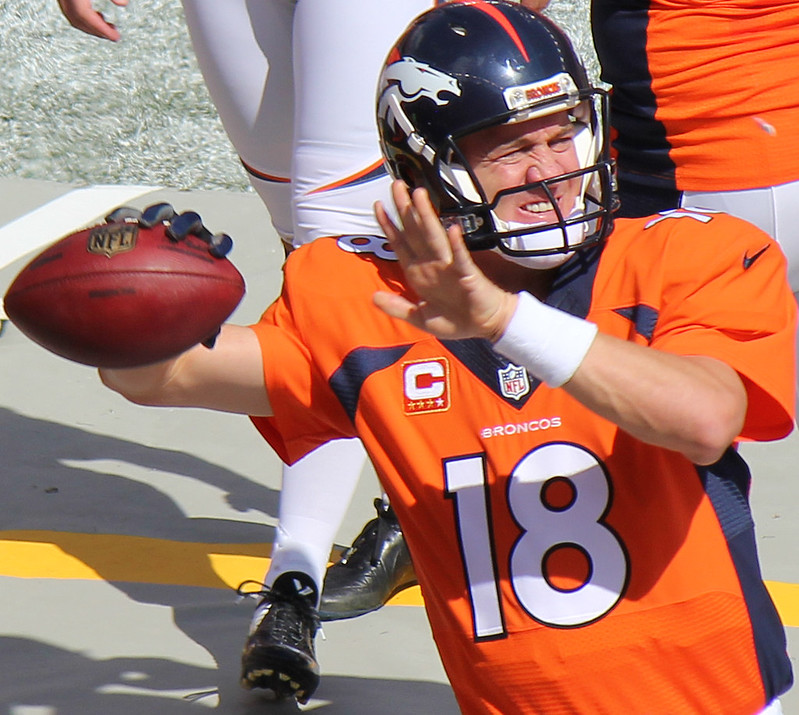 Who are the best quarterbacks of all time?

The quarterback position is the most iconic in the history of the NFL. In over 100 years of the league, it’s often been the quarterback position that centers the greatest moments. Great quarterbacks have spanned generations and have played in many different kinds of offenses throughout those generations. These different generations have also been governed by different standards and rules of gameplay that impact the raw numbers these quarterbacks put up. That’s what makes the question of who is the greatest of all time such a complex one, in spite of the recency bias that too often clouds it.

There is also the factor of championships that clouds this conversation. It’s a difficult balance to keep; on one hand, great quarterbacks often lead their teams to championships; on the other hand, individuals don’t win championships. Winning a championship is the job of a team. To determine who the greatest quarterbacks in NFL history are, all the elements that make up a career need to be properly contextualized, free of any recency bias, raw number worship, or blind adherence to championship wins.

Joe Montana won four Super Bowls with the San Francisco 49ers dynasty of the 1980s. His efficiency as a passer was unmatched by any other quarterback of his era. He led the NFL in completion percentage five times, including in 1989 at 70.2% through 13 games, an incredible accomplishment in an era far less quarterback-friendly than the league is today.

Montana is also one of the most clutch quarterbacks in the history of the NFL, constantly coming up big in moments when the 49ers needed it. He played a major role in the emergence of one of the league’s all-time greatest players, Jerry Rice, and the tandem became one of the most potent QB-WR pairs the league has ever seen.

Four-time MVP Aaron Rodgers is one of the most physically gifted quarterbacks in the history of the NFL. He routinely makes throws that would be impossible for the vast majority of quarterbacks who have ever played. His ability to read defenses is also one of his greatest assets. Six times he has led the league in interception percentage index, an important diagnostic tool for making sense out of raw numbers.

The Green Bay Packers have routinely been contenders since Rodgers took over at the helm, leading generally more successful teams than his predecessor Brett Favre did. This speaks to his ability to adjust to a new situation. Throughout his career, he’s helped develop Greg Jennings, Randall Cobb, Jordy Nelson, and Davante Adams.

In the history of the NFL, there’s been only one quarterback who has helped to redefine the definition of airing it out more than Drew Brees. Four times he threw for over 5,000 passing yards in a regular season. What’s more, five times he completed over 70% of his passes in a regular season. This helped the New Orleans Saints become a perennial contender in the NFC.

Brees led the NFL in yards gained per game played six times, with a high of 342.3 in 2011, and led the Saints to a Super Bowl win to cap off the 2009 season against the Indianapolis Colts. Few players have done more to raise the standing of a franchise in the national sports conversation than he did for the Saints.

Sid Luckman was coined “the first great T-formation quarterback” by sportswriter Ira Berkow and is still recognized today for his ability to innovate in the passing game. The offensive leader of four Chicago Bears NFL championship teams was proficient in a way no other quarterback was at that particular time. In 1943, an incredible 13.9% of his pass attempts went for touchdowns.

Luckman is also remarkable for reasons aside from his playing career, being one of the most prominent Jewish athletes of all time, and playing during World War II while also being a member of the United States Merchant Marines. He is still tied for the most touchdown passes thrown in a game with seven, being the first quarterback in the NFL to accomplish this.

Incredibly, Otto Graham was the leader of seven Cleveland Browns championship teams in his ten seasons. Four of these came in the AAFC before the franchise entered the NFL, a league they held a complete, undisputed dominance over. These teams also featured the great Marion Motley and were coached by the team’s namesake, Paul Brown.

With seven championships, Graham is tied with Tom Brady as the most decorated quarterback in the history of professional football. He also put up completion percentages over 60% twice in an era with absolutely no pity for offensive play, which is easily the equal of a 70% completion mark under today’s rules.

Captain America, in many ways, was the prototype for the contemporary scrambling quarterback. Leading the Dallas Cowboys to two Super Bowl wins along the way, Roger Staubach lit up the NFL highlight reel with his elusive style of play which was unlike anything the league had ever seen at that particular time.

Staubach led the NFL in adjusted net yards per attempt four times and in passing rating index five times, with a high of 144 in the 1971 season. But what he’s remembered for more than anything else is being the leader of “America’s Team” whose style of play never knew a game was out of reach while the football was in his team’s possession.

Tom Brady is the greatest of all time, right? We’ve heard it all a million times over. Pump the brakes. Those seven Super Bowls could easily have been two or three without Bill Belichick’s defenses. Nevertheless, Brady’s unmatched longevity and untouchable records are worth noting in and of themselves. He’ll likely be the only member of the 600-touchdown club to ever exist.

No one knows when Brady will finally call it a career, but considering 2021 was the first season he threw for over 5,000 yards, it’s possible he continues to play even after the current Tampa Bay Buccaneers’ season comes to an end. He’s been one of the inevitable facts of life, along with death and taxes, for over 20 years.

The great Johnny U had physical abilities unmatched by any quarterback of his era. He led the NFL in passing touchdowns in four consecutive seasons from 1957-1960. This allowed the Baltimore Colts to win three NFL championships, including a Super Bowl win against the Dallas Cowboys to cap off the 1970 season.

Johnny Unitas remains one of the most familiar household names among NFL players 50 years since his retirement. That’s a testament to just how he reimagined the possibilities of the quarterback position. The three-time MVP is one of the most complete passers in the history of the NFL, going for over 3,000 passing yards in a season several times in an era when that wasn’t an easy thing to do.

Peyton Manning is the greatest passer in the history of the NFL and it isn’t even remotely close. With the Indianapolis Colts and the Denver Broncos, he was routinely above all other quarterbacks in the league. His 2013 season of 55 passing touchdowns still hasn’t been broken, even with the additional game added to the schedule in 2021.

Manning is the NFL’s only five-time MVP, a mark that likely stands for the foreseeable future. His game IQ is what sets him apart from his contemporaries, including his pocket presence, which was second to none. Despite being a non-scrambling quarterback, he led the NFL in sack percentage index six times, which lends itself to more than just having a good offensive line.

Slingin’ Sammy forced the issue at the quarterback position at a time when that wasn’t generally done, and it paid off. He led the NFL in completion percentage index eight times and interception percentage index five times. In 1945, in ten games, he reached the 70.3% mark, which is nearly impossible to fathom. That number reasonably goes for at least 80% governed by the rules of today’s league. Simply unbelievable.