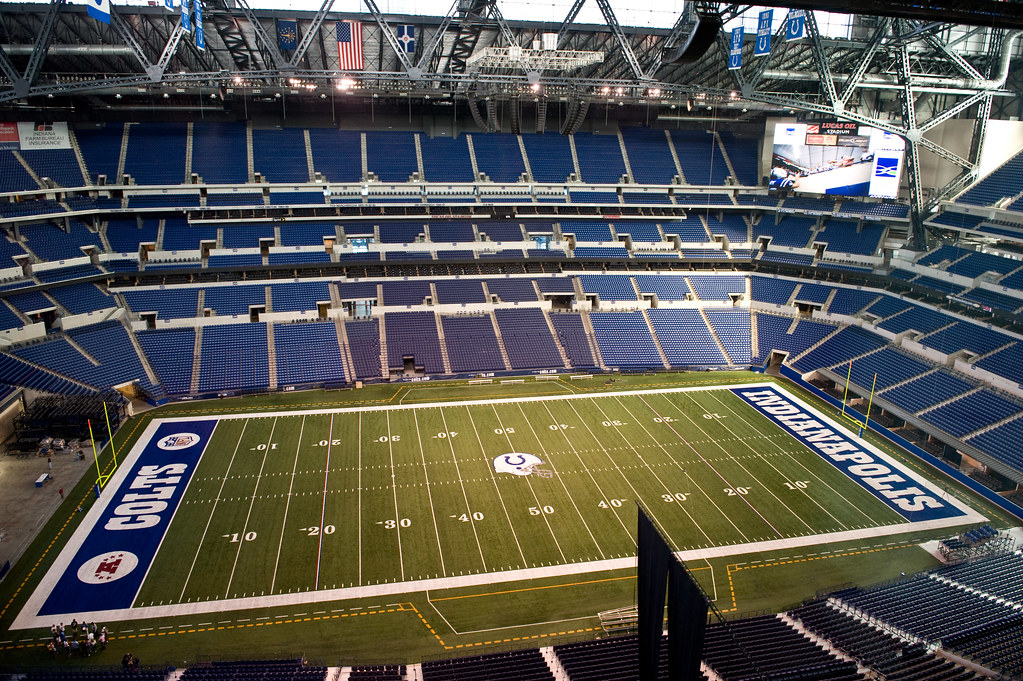 Which Team Will Draft Rondale Moore?

Rondale Moore burst onto the college football scene in 2018 with a ridiculous freshman season at Purdue. Since that phenomenal first year, he played seven games over his next two seasons as he dealt with a myriad of injuries and COVID-19 concerns. Initially, he would opt-out of the 2021 season but reversed that decision as the Big 10 and college football adjusted their protocols.

All in all, Moore’s freshman year was one of the better ones in recent college-football memory. He came away with Big Ten Freshman of the Year and made the All-Big Ten First team. After his three years as a Boilermaker, Moore’s college career line left fans wondering what could’ve been.

Now, he’s looking to take his talents to the NFL. His 5’9″ height and 175-pound frame make him smaller than desired by some teams, but Pro Football Focus still has a first-round grade on him. There, they have the Purdue standout landing with the Indianapolis Colts with the 21st pick. Meanwhile, NFL.com has him falling into the second round and going to New England.

So where is the 20-year old going to end up? He’s a dynamic playmaker that could be useful to many teams in this year’s NFL draft. Let’s break it down and look at the top three contenders who should want Moore in their uniform come May.

The Carson Wentz era is starting in Indianapolis, and what better way to welcome the new quarterback with an electric playmaker. To say Wentz’s weapons in Philadelphia were below average is an understatement. With Moore’s addition, the Colts bolster their young receiving core that already boasts Michael Pittman Jr., Parris Campbell, and Zach Pascal.

Now, you may ask why the Colts would want to add another wide receiver to a team that has spent a second-round pick at the position in 2019 and 2020 on Campbell and Pittman, respectively. Well, they haven’t exactly exploded at the pro level.

Campbell, the 2019 second-rounder, has only played nine games in two seasons. He’s caught 33 passes for 198 yards and one touchdown. That’s not the production you want from a player going into his third year.

However, Pittman showed some flashes throughout his rookie campaign. The former USC-pass catcher logged seven catches for 101 yards in Week 10 versus the Tennessee Titans. Then, he popped off in the playoffs with five catches for 90 yards in their Wildcard Round defeat to the Buffalo Bills.

Moore may never be able to reach WR1 status for any team, but adding him to an already talented group would give him a soft landing spot in the NFL. It will give Wentz another weapon, and the Colts aren’t afraid to be creative with their skill-position players. See Trey Burton’s game logs from 2020 as further evidence.

New England doesn’t have its quarterback of the future on the roster. Still, that shouldn’t stop them from providing that mystery man from immediately having capable playmakers on the offensive side of the ball. NFL.com has Moore going to the Patriots at 46th overall, and he would immediately become the most skilled player on that roster.

In his freshman year at Purdue, Moore showed off a wide range of offensive skills. As displayed above, he snagged 114 passes for 1258 yards and 12 touchdowns in 13 games. However, he also ran the ball 21 times for 213 yards and two touchdowns while also averaging 20.1 yards per punt return.

Apologies to Damien Harris, but the Patriots haven’t truly hit on an offensive draft pick since Jimmy Garoppolo in 2014. N’Keal Harry has only been in the league two years, but his early returns aren’t impressing anyone. He was their 2019 first-round pick and taken ahead of A.J. Brown, DeeBo Samuel, DK Metcalf, Terry McLaurin, and Diontae Johnson. Yikes!

Adding Moore to this offense seems logical as New England looks to bounce back post-Tom Brady. A lack of weapons was a reason Brady left the franchise. If the Patriots want to return to the playoffs in a hurry, they need to retool and rebuild their offense without the greatest quarterback of all-time. Moore is not the be-all and end-all, but he’s a step in the right direction for a floundering wide receiving unit.

So while researching this piece, I wanted to draw comparisons with Rondale Moore to Green Bay drafting Randall Cobb and Davante Adams. Green Bay drafted Cobb and Adams in the second round, which seems to be the sweet spot for Moore this year. Both of those veteran receivers are dynamic playmakers that ran and caught the ball earlier in their careers. WRONG! Davante Adams has never had a carry in his seven-year career. Nothing to really gain out of that, but I thought it was a fun tidbit of information.

After all that, I’m left with comparing Moore to Cobb. As previously mentioned, Moore has the ability to catch, run, and return the football. During Cobb’s time as a Green Bay Packer, he handled at least 10 carries in four seasons. During his rookie and sophomore seasons, he was the primary return man for Green Bay and produced some great results. Cobb had two punt returns for touchdowns and added another off a kick return.

Cobb is 5’10” and around 190 pounds, while Moore is currently 5’11” and 180 pounds. The draft prospect would have time to gain some muscle during OTAs and training camp, and the comparisons start to draw themselves.

The football world lost its collective mind when Green Bay didn’t address the receiver position in the 2020 draft. I don’t think they make that mistake for the second year in a row. While they may not take him in the first round, I think they make a move to acquire him in Round 2 and make sure that the Purdue Boilermaker remains in Big Ten country.