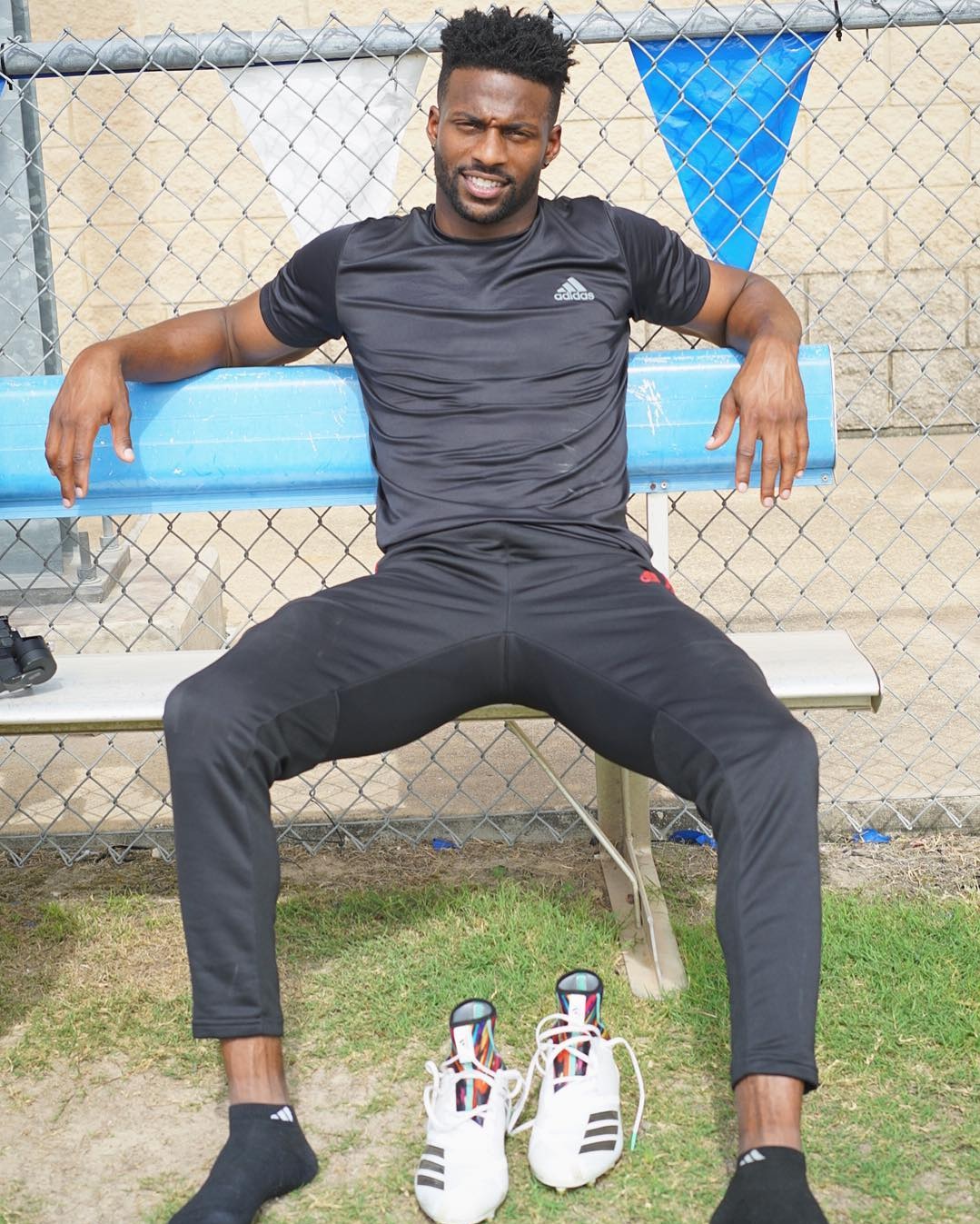 "File:Emmanuel Sanders 2018.jpg" by Gabby Grizzley is licensed under CC BY 3.0

Where Could Emmanuel Sanders Land?

New Orleans Saints wide receiver Emmanuel Sanders had a solid season by his standards in 2020.  While not as productive as his Denver Broncos days, this could be due to the drop-off in targets as well.  Throughout the season, Emmanuel accrued the following stats:

Overall, the veteran wide receiver should still be a productive asset to teams in the playoffs in need of a second option.  The reason he will likely be moving away from the Saints is due to their obvious cap space constraints.  As of today they are roughly $48 million above the cap ceiling, and Sanders being traded would save them about $6 million.

The six million dollars saved for the Saints could end up being the difference between being over the cap and being under the cap.  With that said, in this article I will be going over some of the teams that should look into making a trade for Emmanuel, and why.

After their first playoff birth since Kirk Cousins and DeSean Jackson were on the roster, the Washington Football team is finally a cusp playoff team again.  Being led by Alex Smith for most of their wins, his departure will likely hurt the team a bit unless they can draft a rookie who produces even more.  What is the best way to ensure production for a rookie QB?  Getting them targets to throw to.

Terry McLaurin has been solid so far in his career, and has really turned into a WR1 on the team production wise.  After that there really is no player that can draw some of the coverage off of Terry to keep the defense honest.  This is a major issue, as their offensive consistency solely relied in Terry and Logan Thomas.

The addition of a relatively cheap WR2 option in Emmanuel Sanders would most definitely benefit any rookie QB coming in.  There is also the notion that due to Sanders being a veteran, he could mentor McLaurin and whoever they draft at QB to get the most out of them.  This is probably the biggest reason I see for WFT to try and go get Sanders.

In terms of return value for the Saints, that’s where it gets interesting.  Something along the lines of Jimmy Moreland or a mid round pick should get this deal done for both sides.

A team in desperate need of another consistent receiving option outside Davante Adams, is the Packers.  After an NFC Championship game appearance again this year, they should be looking to continue building upon what they already have as a core.  Giving Aaron Rodgers more weapons to throw to needs to be a priority, as they could lose a huge part of their offense in Aaron Jones this offseason.

Not only would Emmanuel Sanders form a solid bond with Rodgers due to their knowledge of the game, but he would also fit flawlessly in the Packers deep ball explosive offense.  Aaron loves to heave the ball downfield and be a gunslinger, and Sanders loves to get down the field and open up plays for QBs.  100% a match made in heaven here.

In terms of return value for New Orleans, they would likely be looking at Kamal Martin, or again mid round picks here.

Do the Patriots really want to go in the direction of a veteran player while they are somewhat rebuilding?  Maybe not.  But are we sure they are rebuilding yet?  Also no.  With a lot of their defensive staples returning this season, and a huge amount of cap space and mid round draft capital, they should be looking to grab any weapons they can get.

One way or another, there is a good chance the Patriots will be running a new QB next season, unless they really liked what they saw in Cam Newton.  Regardless, the more hands they can bring in that can actually catch the ball, the better.  Considering Bill Belichick tends to utilize his draft capital in trades rather than picks, getting value for them is a priority.

Emmanuel Sanders would add a level of explosiveness to the New England offense that they tend to lack as of late in terms of the passing game.  This is due to the fact that they have very limited weapons in terms of WRs and TEs.  Julian Edelman is getting up in age, N’Keal Harry has not panned out since his draft day, and Matt LaCosse is fine but not elite.  Bringing in Sanders to mentor Harry, Damiere Byrd, and Jakobi Meyers alongside Edelman would be a very good choice.

In terms of return value for the Saints, as I mentioned before, mid round picks are likely the key here.  As the Patriots have a plethora of them for the next few seasons, which should get a deal done.