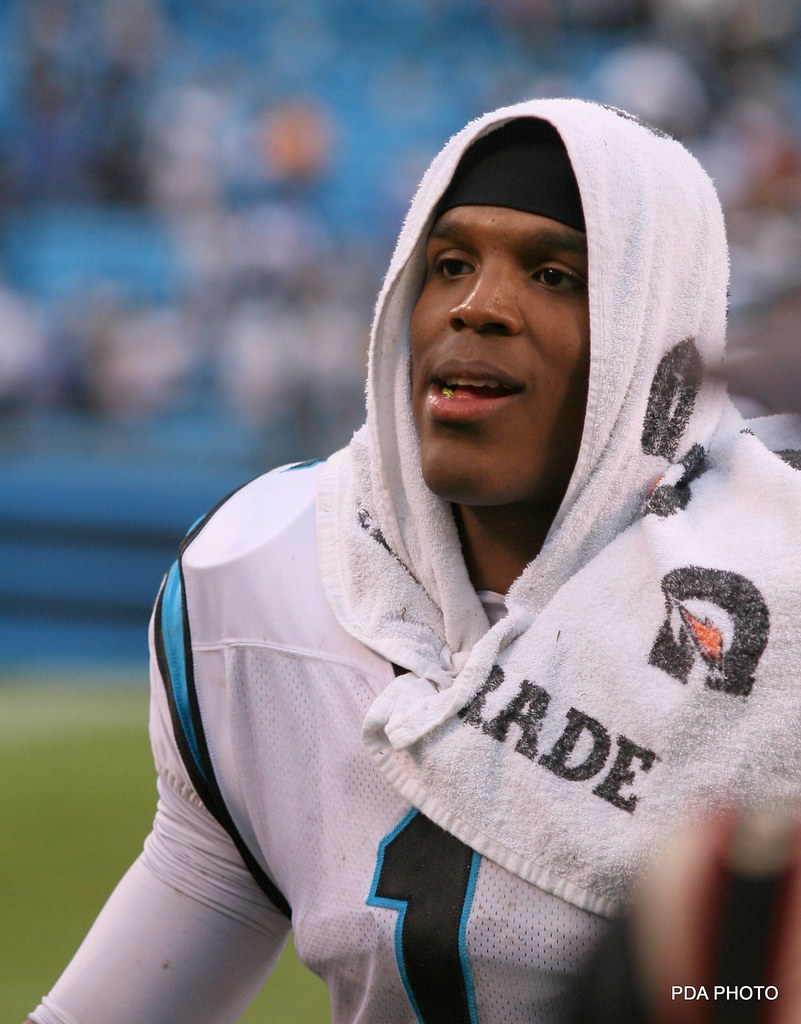 Reflecting on the 2011 NFL draft

In a class that was full of talent, it is interesting to see who made it in the NFL. Some teams made brilliant decisions that were huge for them for many years. Some teams ended up wasting their first-round pick on a guy who wasn’t as successful. So with the draft coming up in the next couple of months, we took a look at who made the right choice in the 2011 draft.

Cam was the number one pick in the 2011 draft for the Carolina Panthers and was a huge success. Cam spent nine years in Carolina before moving on to the New England Patriots for 2020. He was the MVP in 2015 when the Panthers made it to the Superbowl. Carolina made the right choice when picking Newton and the number one pick was clearly justified.

Von Miller has spent his entire ten year career with the Denver Broncos including a Superbowl win in 2015. He has been a pro bowler for eight out of his ten years in the NFL and has shown he was worthy of the number two pick in 2011.

The Buffalo Bills took Marcell Dareus at number three and he has had an up and down career. He was huge for the Bills over the first four years which is why he was given a six year contract worth $95m. Due to injuries and suspensions he ended up being traded to Jacksonville in 2017 and is now a free agent. Dareus was a quality player and you can see why the Bills took him at number three.

A.J Green was picked by the Cincinnati Bengals at number four and they couldn’t of asked for much more from him. He has had a great career with the Bengals and has been a top quality receiver. Unfortunately he had a bad injury in 2018 and with a mixture of that and age he hasn’t been the same since. Obviously Julio Jones was still available when the Bengals took Green but he has done well for them.

Patrick Peterson has been a quality addition for the Arizona Cardinals and was worthy of the number five pick. He has been to eight pro bowls and has been very reliable for the Cardinals over the years.

Julio Jones has been a standout wide receiver all through his career. He has always been in the conversation for being in the top two or three receivers over the last decade. He has also been very reliable and the only blemish on his record is not winning a Superbowl. Atlanta made the right choice!

Aldon Smith is probably the first mistake by a team in the 2011 draft as he was drafted at number seven. The San Francisco 49ers thought they had a great linebacker in the making but unfortunately he had problems. Multiple DUI’s meant they released him and even when he signed for the Oakland Raiders he had more problems. After multiple years of being suspended he came back in 2020 with Dallas.

Jake Locker was considered to be the number one pick for the 2011 draft in many analyst’s drafts. However, it didn’t work out for Locker in Tennessee and taking him at number eight was a mistake. He never played a whole season and struggled with multiple injuries until he retired saying he lost his passion for the sport. Andy Dalton went at the 2.03 and Colin Kaepernick at 2.04.

Tyron Smith was taken at the number nine sport by the Dallas Cowboys. The offensive tackle has played his whole career in Dallas and has been a seven time pro bowler. There was a lot of offensive tackles that went in the first round of this draft but the Cowboys got a good one.

The Jacksonville Jaguars went for Blaine Gabbert at the number ten pick but it didn’t end well. Gabbert only lasted in Jacksonville for three years after multiple injuries. He was traded to San Francisco and since has become a journeyman as a backup to many teams. There were better QB’s available later in the draft but the Jags picked the wrong guy.

J.J Watt was drafted by the Houston Texans at number 11 and they couldn’t have had a bigger hit. He was the first defensive end off the board and spent ten years there before moving to Arizona for 2021. The three times defensive player of the year was the right man to draft.

The Minnesota Vikings drafted Ponder at number 12 and unfortunately for them it didn’t really work out. The Vikings didn’t pick up his fifth year option and moved around as a backup for a few years before retiring.

Fairley went to Detroit but struggled due to inconsistency and injuries. The number 13 pick bought his career back to life with New Orleans in 2016 only to find he had a lingering heart condition in 2017. He was released in 2018 and hasn’t played since.

Quinn was a success at the LA Rams given that he stayed till 2018. The number 14 pick has moved on since and recently signed a new $70m deal with Chicago in 2020. However, the Rams got more than enough from their pick.

Pouncey was graded as the top center in the 2011 draft and stayed with the Dolphins until 2018. The four time pro bowler then moved to the LA Chargers and decided to retire at the end of 2020. The Dolphins got a good one for their 15th pick.

The 16th pick was Ryan Kerrigan for the Washington Football team and it was a good one. Kerrigan has been ultra consistent for Washington and is still a quality edge rusher. He is a free agent this year and may move on in order to get more game time.

Solder was a consistent figure in the Patriots side for most of his time in New England. He stayed till 2018 when he signed for the New York Giants and is still there now. He helped the Patriots to two Superbowl wins and was defiantly value for his pick.

Liuget was value for his pick at 18 as the LA Chargers kept him till 2018. He was an ever present in the team but injuries meant he was moved on. He moved around a few teams but was at the Houston Texans last year. He is now a free agent.

Amukamara was taken by the New York Giants at number 19 and didnt play past his rookie deal for them. He only ever played a full season once in his career due to injuries. He moved on to other teams and was last on the Arizona Cardinals practice squad. The Giants took Amukamara over Jimmy Smith who has been a more solid performer for the Baltimore Ravens.

Adrian Clayborn was taken by the Tampa Bay Bucs at number 20 but his career didn’t go to plan. He spent so much time being injured that the Bucs declined his fifth year option. However, since he left Tampa he managed to keep fit much more and he won a Superbowl with New England in 2018. Injuries were the main reason this was a bad pick but also Tampa could of bought in Cameron Jordan who went four picks later.

Taylor went to the Cleveland Browns at number 21 but it didn’t really work out. He had a very good rookie year but that was as far as it went and he was released by 2014. He tried to play with some other teams but he never got any game time. This ended up being a big fail for Cleveland.

The Indianapolis Colts took Anthony Castonzo at number 22 and it couldnt of worked out much better. He has stayed with the Colts until he announced his retirement in January this year. The Colts hit the jackpot with this pick.

Danny Watkins went to the Philadelphia Eagles at number 23 but it really didn’t work out. He was released in 2013 and signed for Miami but he retired in 2014. This was a draft selection the Eagles will want to forget.

The New Orleans Saints took Jordan at number 24 and they hit the jackpot with this pick. Jordan is still with the Saints and he has played 16 games every season he has been there. He has had 94.5 sacks and will most likely hit over 100 by the end of the 2021 season.

Carpenter was taken by Seattle at number 25 but he wasn’t a success for the Seahawks. They declined his fifth year option despite him being involved in their Superbowl win in 2013. He moved to the New York Jets and played their for four years before another year at Atlanta. It wasn’t the worst move by Seattle but it just didn’t work out.

Kansas City took Baldwin at number 26 but it really didnt work out. He ended up being traded in August 2013 to San Francisco and was out of the NFL by 2014. The Chiefs had other options lick Randall Cobb, who went in the second round. This was a bad move.

Jimmy Smith was taken by Baltimore at number 27 and got themselves a good player. He only played a full season twice in his career but he has been a solid cornerback for the Ravens. He signed another one year deal this January to stay with the Ravens for next season. The Ravens didn’t hit the jackpot but it was a good pick.

New Orleans Saints took Mark Ingram at 28 and was rewarded for their choice. Ingram was never a number one running back in the NFL but he has been solid all of his career. He stayed with the Saints till 2019 when he went to Baltimore. The three time pro bowler was a good pick by the Saints.

Chicago took Gabe Carimi and number 29 but it really didn’t work out. Carimi only stayed with the Bears till 2013 when he was traded to the Tampa Bay Bucs. He moved again in 2014 but didn’t play in the NFL again. This was a bad pick and one the Bears would of wanted back.

Muhammad Wilkerson was drafted by the New York Jets at number 30 and it was a good pick for the Jets. Wilkerson played for the Jets till 2018 and was an ever present in their team. He moved to Green Bay but got injured and didn’t play much. This Jets picked well when deciding on Wilkerson.

Pittsburgh drafted Cameron Heyward at number 31 and they got a massive hit with this pick. Heyward has been huge for the Steelers and is still with them now. Apart from in 2016, when he was injured, Heyward has been an ever present in the team. Pittsburgh couldn’t of made a better pick.

Green Bay took the final pick in the first round with Derek Sherrod. Unfortunately, it didn’t work out very well as he only played for them till 2014. He had injury problems and missed the whole of 2012 whilst at the Packers. He moved to Kansas City but never made the active roster and never played again. This was a pick that didn’t work due to injury.