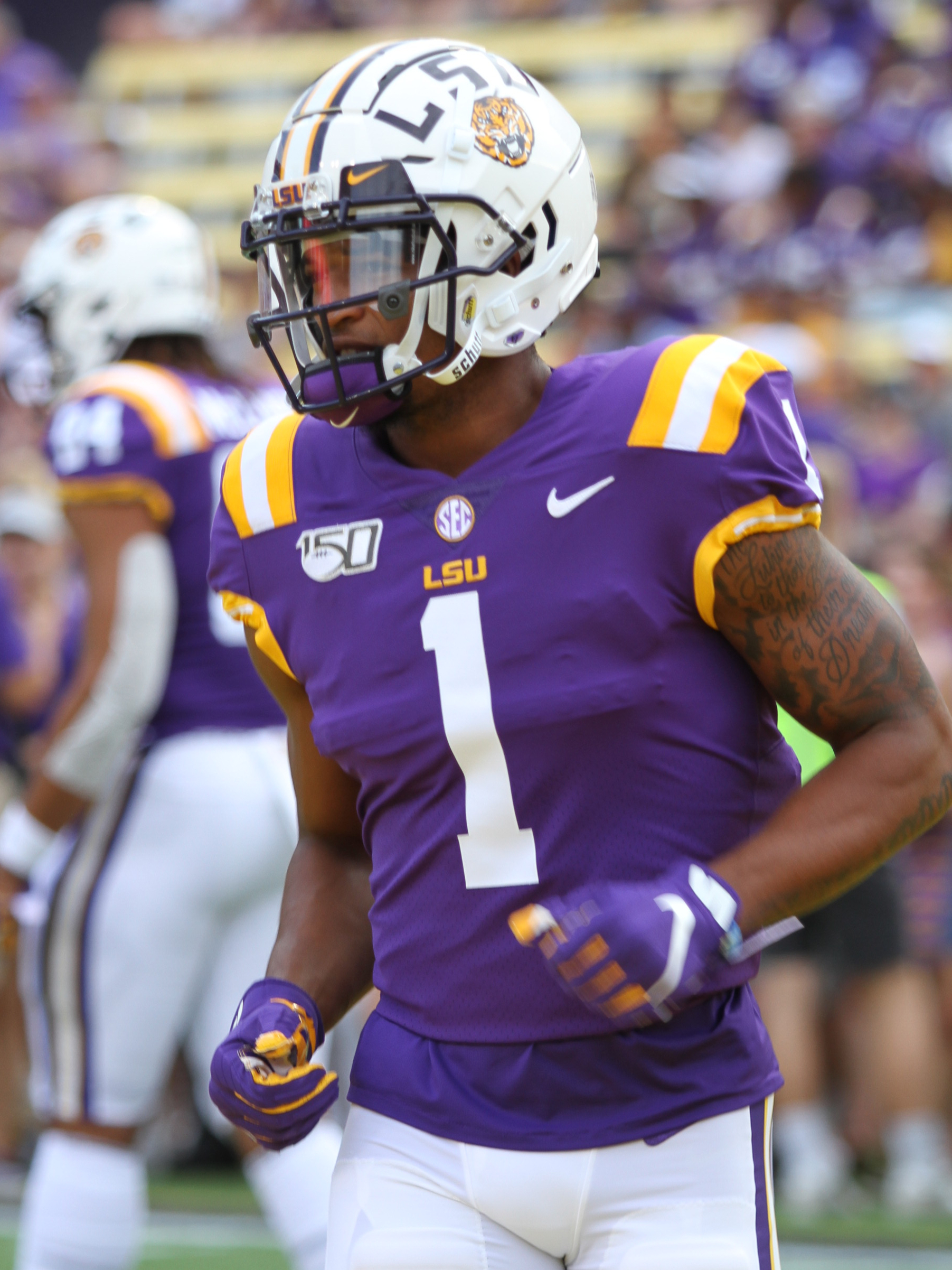 Where Could Ja’Marr Chase Land?

There are a couple of weeks until the 2021 NFL Draft that is set to take place on April 29th. A popular question asked after the draft is when is an appropriate time to draft rookie skill position players during (redraft league) fantasy drafts. This question usually won’t get answered until the dust settles from the draft and the players are all paired with their new teams.

However after weeks of speculation there have been a couple of teams that have been pinpointed as potential destinations for this years top prospects. So why wait to determine the fantasy value of these players when there already is a solid consensus of where these players can end up?

Here are the best and worst destinations for LSU Wide Receiver Ja’Marr Chase to land for his fantasy value during the 2021-22 NFL season.

Ja’Marr Chase is a junior who played wide receiver at LSU. During the 2019-20 College Football Season Ja’Marr Chase established himself as one of the country’s top wide receivers. Chase was Joe Burrow’s number one target and an essential piece for LSU’s National Championship team. Chase led college football with both 1,780 receiving yards and 20 touchdowns during his sophomore season. He was the number one receiver in an offense that featured 2020 First Round pick and offensive rookie of the year candidate Justin Jefferson and projected top-40 pick in the 2021 NFL Draft Terrace Marshall Jr.

Chase is a very complete receiver. Not only can he use his 6’0″ frame to his advantage of 50/50 jump ball situations, but he also ran a 4.39 forty during LSU’s Pro Day. He uses that speed to stretch the football field and to create separation from defenders with the ball in his hands.

Even after opting out of last season, Chase is viewed as the top receiver this year by most people who have evaluated this draft class. He is expected to be selected with a top-10 selection to become a team’s number one receiver.

If Ja’Marr Chase begins to slide down the draft board and is available for the Detroit Lions, they would run the card up the podium. The Lions’ biggest need is for a true number one receiver. After losing Kenny Golladay and Marvin Jones Jr. in free agency the Lions need a true number one receiver who is capable of putting up 1,000+ receiving yards in a season. Free-agent additions Tyrell Williams and Breshad Perriman are more complementary receivers at this point of their careers.

If Chase lands in Detroit he would immediately become Jared Goff’s number one receiver. During Goff’s time is Los Angeles multiple wide receivers have had outstanding fantasy production catching passes from him. Those receivers include Robert Woods, Brandin Cooks, and Cooper Kupp. Chase could see around ten targets a game. As he showed at LSU, Chase has the ability to extend a play. So those targets would give him more opportunity to rack up yardage and potentially get in the end zone. A huge plus would be that the Lions defense will likely not be much better than it was last year. So the Lions could be forced to pass the ball for a majority of their games. That alone should make Chase a WR2 in standard redraft leagues with the upside to be one of the top players at the position.

A team that is rumored to be interested in taking a pass catcher early in the first round is the Miami Dolphins. After trading down to the twelfth pick from third overall, Miami moved back into the top-10 swapping first-round picks with the Philadelphia Eagles at #6. Those around the league believe Miami traded back into the top-10 for one of the draft’s top pass catchers. That is even though they already have pass-catchers like DeVante Parker, Mike Gesicki, and newly signed receiver Will Fuller in place. The Dolphins’ reasoning for likely choosing to select a pass catcher at #6 is to take the best player available and also give second-year quarterback Tua Tagovailoa every opportunity to succeed including giving him fantastic weapons to distribute the ball to in the passing game.

It is not certain what Chase’s role would be if he lands in Miami. Both DeVante Parker and Will Fuller have experience being primary receiving options in the past. On top of that none of Parker, Fuller, and Chase identify as slot receivers. This means they would have to transition one of the three inside in order to have all three on the field at once.

Also last year Tua Tagovailoa looked more like a game manager than a gunslinger in his rookie. Tagovailoa’s ability to be extremely accurate and limit turnovers is what he does best. That kind of skill set combined with the fact Miami is expected to be a run-first team may limit the production of Miami’s pass catchers. Miami’s philosophy is to limit turnovers and run out the clock while limiting the opponent’s offensive production with their stellar defense. All of that may come at the expense of Miami’s newest pass-catcher who is Ja’Marr Chase in this situation.

This would make Chase a borderline flex in standard redraft leagues. He could be drafted as the first player on a fantasy rosters bench. But will surely outplay where he is drafted as the season continues and his role grows as a part of the team’s offense.