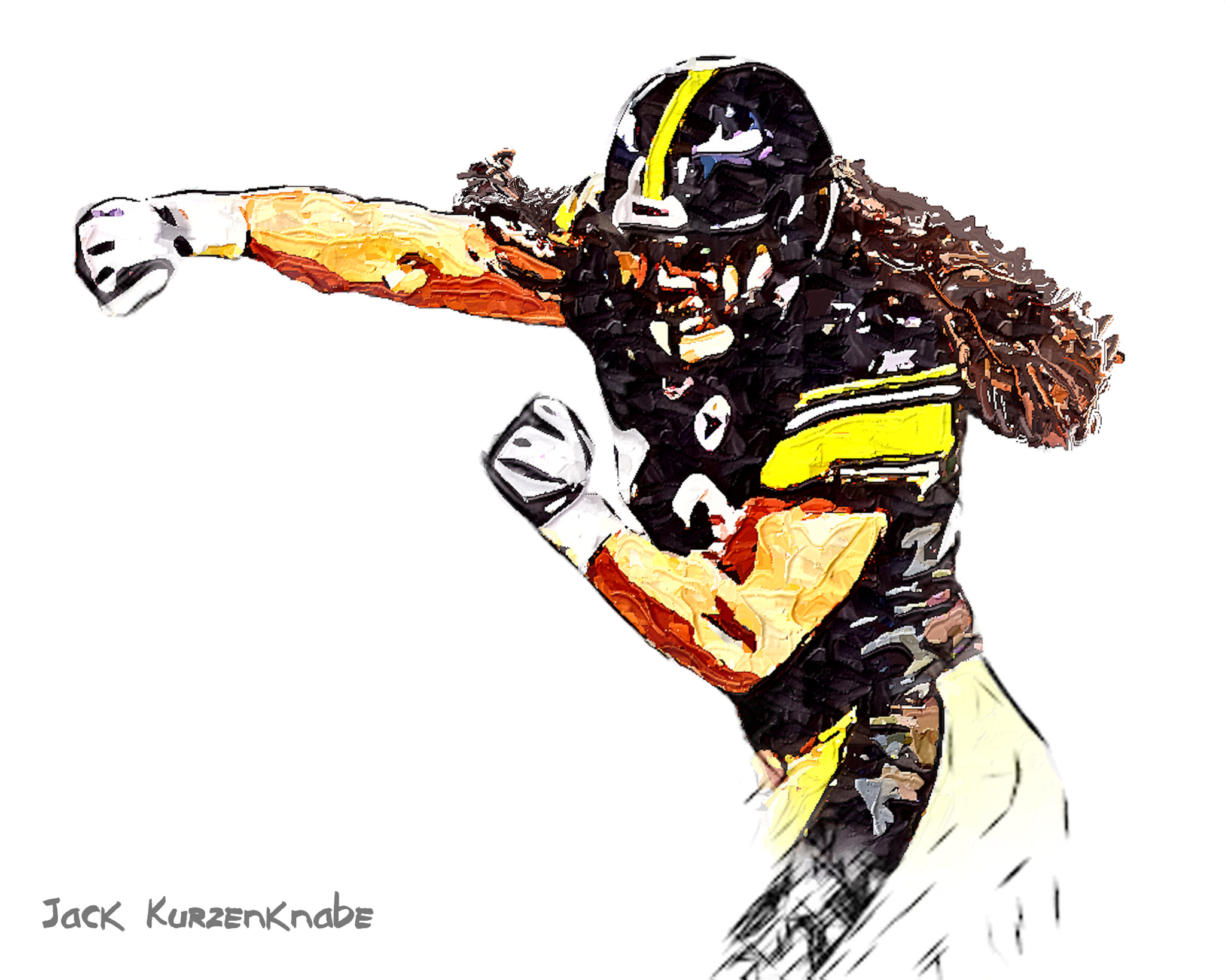 The Pittsburgh Steelers are a team always looking to compete for the Lombardi trophy but they need to bring in some young talent. They have some specific areas that they need to improve at and they will look to do it early. Can they find the right protection for Big Ben? Which running back will they take? Here we look at the first three rounds of the Steelers draft for 2021 and work out who they will go for.

The Pittsburgh Steelers have been touted to bring in a running back with their first pick but there is another pressing need. One of the biggest problems that they had was trying to protect veteran QB Ben Roethlisberger. The Steelers have backed themselves into a corner given the roster and they need to go for an offensive lineman. Unfortunately the best offensive lineman will have already gone but there is depth at the position. The obvious player at this point in the draft is Teven Jenkins from Oklahoma State. Jenkins is a man mountain at 6’6 and 320lbs and has shown during his college career how good he can be.

The former Oklahoma Cowboy has developed into one of the best blindside blocker in America. The other massive positive with Jenkins is that he plays in a nasty way. He is incredibly strong who has heavy hands and is more than happy to push a pass rusher to the ground. He still needs to be coached and polished into a high end NFL player but in time he could be. If ever there was a player who could represent his coach on the field it would be Jenkins for Mike Tomlin.

Overall he has many positives such as his instinctiveness to make the right move and incredible athleticism. He has great hands that he uses to his advantage and is quick to close the door on the defender. He does have some negatives like a lack of arm length for the position and footwork but most of this can be coached. Jenkins is exactly the type of player that Pittsburgh are desperate for to help keep Big Ben upright this season.

Kenneth Gainwell had a mixed time with the Memphis Tigers and that is why he will slip to the second round or even further. Gainwell barely played in his first year at Memphis but then had a massive year in 2019. He had 231 attempts rushing for 1,459 yards and 13 touchdowns in a standout year. Not only was he impressive in the run game but he also was a major contributor to the pass game with 610 yards and three touchdowns. Unfortunately due to Covid he decided to opt out of 2020 and so he has only really had one year of experience.

Due to his lack of experience he does come with some risks but he does have plenty of upside. The biggest positive with Gainwell is that he had a huge amount of work for one year and produced. He has the ability to read the defense well and is patient to wait and see where the gaps come. On top of that he has the footwork to excel and can make the cuts that he needs in order to break the defensive line. He has the ability to become a starter in the NFL but it will take some time and coaching.

His biggest negative is that he has only had one years experience and so may take time to get him NFL ready. Given the desperate need for the Steelers to get some offensive line help they may have to go for a running back like Gainwell. Another issue with Gainwell is that he is small for a running back. At 5’8 and 201lbs he is more of a pass catching running back for the long term instead of a big bodied back. The problem with this is that he gets taken out as an interior runner but the Steelers can bring in someone else for that.

Jamie Newman is another player who is hard to work out exactly what you might get. He had three years at Wake Forest and finished with a good season in 2019. He had a 60.9% pass completion rate and threw for 2,868 yards and 26 touchdowns in that season. Also, he showed how good he can be with his legs by rushing for 574 yards and a further six touchdowns. After 2019 he then moved to Georgia but didn’t play for them in 2020 as he opted out due to the Covid pandemic.

Despite missing the whole of 2020 Newman is still worth a punt especially to a team with a veteran QB. Newman is a big bodied QB at 6’4 and 230lbs but has the speed to run it in at the goal line. He has the body to take hits in the pocket and has the arm talent to get the job done. He was limited by his college passing scheme at Wake Forest and so if given the chance he could show more. He has a stunning deep ball and with the type of receivers at Pittsburgh he could do well. If given the time to sit behind Roethlisberger then he could be a good choice for the Steelers.

Obviously if you are taking a QB in the third round then he must have some issues. The main one is that he didn’t play last year due to opting out and only had two solid seasons with Wake Forest. He does have a timing issues that will need time to be changed but that can be done through coaching. One of the biggest concerns with Newman is that he didn’t seem to feel any pocket pressure. This would mean that the Steelers would need to concentrate on bringing in top quality offensive lineman. However, if the Steelers were to take Newman then he would spend the year behind Roethlisberger and that would make a massive difference.