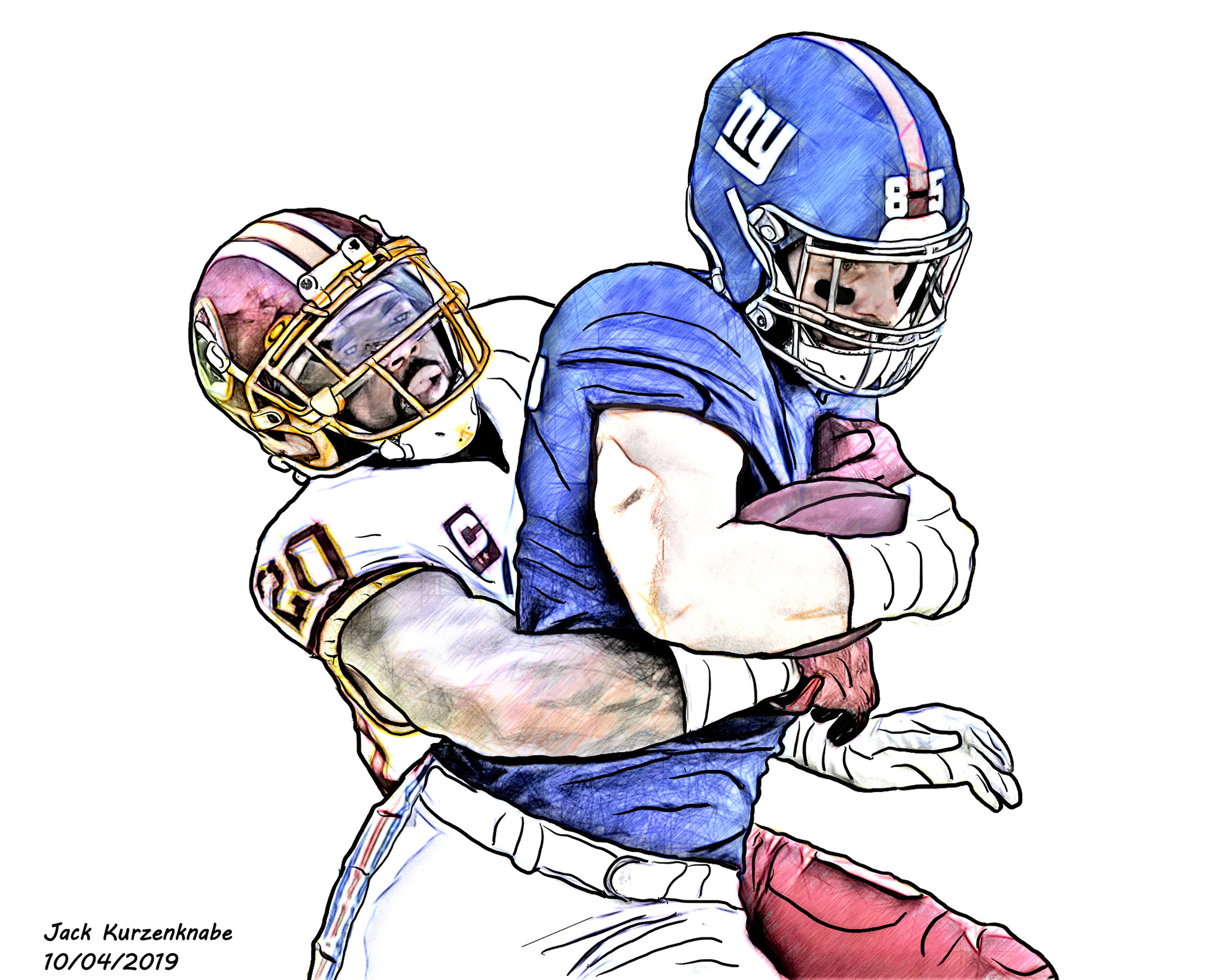 After an active free agency, the Giants look to the draft to put some finishing touches on their 2021 roster. The additions of Kenny Golladay and Adoree’ Jackson permit the Giants to take a player at almost any position in round one. The Giants’ roster still has holes along its offensive line, a need at edge rusher, and limited linebacker depth, but none are so dire that the Giants must spend their first-round pick at any specific position.

While players like Trevor Lawrence, Penei Sewell, Kyle Pitts, and Jamarr Chase will certainly go in the top ten, there is a plethora of talent that the Giants could take at pick eleven. In a perfect draft, the Giants can exit the first two days with some top talent at their positions of need, but they should be looking to take the best football player in each round.

With more and more buzz coming out about the league’s affection for Mac Jones, there is a legitimate chance Justin Fields has a draft-day slide. The Panthers’ recent trade for Sam Darnold means that they will not take a quarterback in the first round. The 49ers, Falcons, and Broncos are the teams populating the top ten that are likely to take a quarterback, so if one of them passes on the position, Fields could be on the board for the Giants.

The Giants spent their entire offseason building around Daniel Jones. Spending their first-round pick on Fields would not fit that model, but it should not have to. Fields is an elite quarterback prospect, the best since Andrew Luck if you ask me. Even though Daniel Jones could be the Giants franchise quarterback for the next decade, Fields is an immediate upgrade.

Justin is proficient in cycling through his progressions, possesses extraordinary accuracy in the middle and deep thirds of the field, and is one of the top dual-threat quarterback prospects of the past decade. The Los Angeles Rams gave up two first-round picks, a third-round pick, and their supposed franchise quarterback in Jared Goff in exchange for Matthew Stafford. The San Francisco 49ers gave up three first-round picks and a third-round pick for the rights to take a quarterback at pick three this year. NFL teams do not want to be in quarterback purgatory, and the best way to escape mediocrity is to take a shot on a potentially elite quarterback. If the Giants are on the clock and Justin Fields is on the board, Big Blue should not consider any other prospect.

For what seems like a decade, the Giants have tried to fix their putrid offensive line. This offseason they parted ways with top guard Kevin Zeitler. The Giants added depth guard Zach Fulton during free agency. However, the Giants have no proven starters along their line. Andrew Thomas improved once the Giants fired offensive line coach Marc Columbo. Nick Gates can play the center position, but he did not play well enough in 2020 to guarantee a starting spot for next season. 2020 draft picks Matt Peart and Shane Lemieux have the potential to play meaningful snaps, but neither’s 2020 tape demonstrated consistent, starting-caliber play.

Enter Rashawn Slater. Even though Rashawn opted out of the 2020 season, his stock seemed to improve. Slater went from a fringe top-five tackle in the class to the consensus offensive tackle two. Slater has multi-position versatility, some believe he can play anywhere along the line. His versatility fits perfectly with the Giants, as they have needs everywhere along their line.

Slater’s pro day gave fans a taste of the player he can become at the next level. It seems that recently teams have been taking uber-athletic tackle prospects that have developed into top lineman. Look no further than Tristan Wirfs, Mekhi Becton, Kolton Miller, and Garrett Bolles; all of whom are above-average tackles than were all taken in the first round. Slater is touted as a scheme-diverse lineman with solid fundamentals and tremendous athleticism. If Dave Gettleman has his eyes on a hog mollie in the first round, he should look no further than Rashawn Slater.

Before the 2021 season, it would be difficult to look for a top-ten big board without Micah Parsons. However, it is now commonplace to see Parsons mocked in the mid-to-late first round.

Parsons’ physical gifts give him sky-high potential. The 6 foot 3 inch, 240-pound linebacker excelled during his two years at Penn State. He routinely displayed his athleticism, versatility, and pass-rush prowess as a Nittany Lion.

The Patrick Graham defense relies on versatility. Blake Martinez will serve as their run-stopping, downhill linebacker again in 2021, but he lacks an elite partner. The Giants edge room currently has a few complimentary pieces in Lorenzo Carter, Oshane Ximines, and Ifeadi Odenigbo, but no top pass rusher. Parsons can rotate between sitting in coverage and rushing the passer in Graham’s multiple defense.

There are very few moves on draft day that will cause an uproar amongst Giants fans. The lack of a definite position of need should lead to the Giants selecting their highest-graded player. One option that the Giants will consider is trading down to the late first round. While many love to bring up that Dave Gettleman has never traded down in his tenure as a general manager, the Giants said that had Xavier Mckinney not been available in the 2020 second round, they had a trade down that was agreed upon with an undisclosed team.

The Giants have many paths they can take in this draft. While they are not going to get a chance at the consensus blue-chip prospects, they can either take a year one impact player or take a prospect that can set them up for sustained success (if they have that opportunity).