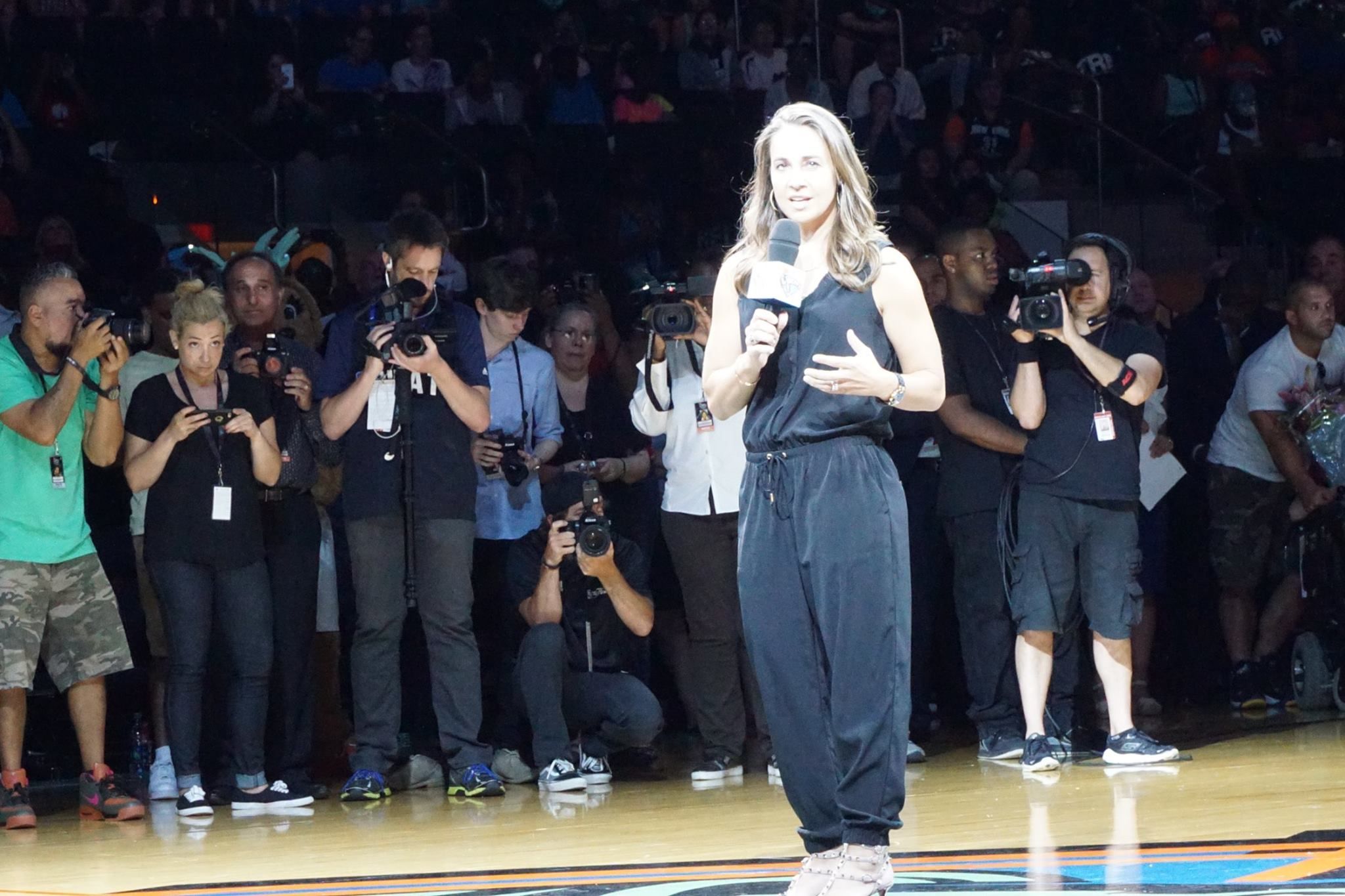 Becky Hammon is used to being told “No.”

The 5-foot-6 guard was a star in South Dakota’s high school scene but did not receive any offers from major college programs. So, Hammon took her catlike reflexes and ankle-breaking crossover to Colorado State. Despite being a three-time All-American and the all-time leading scorer for the Western Athletic Conference for both men and women, Colorado State’s undisputed superstar went undrafted in the 1999 WNBA Draft.

Undaunted, Hammon turned a training camp invite from the New York Liberty into a legendary WNBA career featuring seven All-Star team selections across 16 seasons. One of the most dangerous guards on planet earth, Hammon now sits at sixth all-time in assists and 12th in points in the WNBA record books. From being named one of the 20 Greatest Players in league history in 2016, Hammon’s determination paired with sky-high basketball IQ and ability made her a titan of women’s basketball.

In the summer of 2013, now with the San Antonio Stars, a 36-year-old Hammon tore her ACL following a stellar season in which she was second in the WNBA in assists and 3-pointers. The difference between good and great is often in a person or player’s adaptability. While this injury ultimately represented the beginning of the end of her playing days, a new beginning came by way of a historical opportunity.

Having proven her basketball IQ and vision throughout her legendary playing career, Gregg Popovich of the San Antonio Spurs invited Hammon to spend time with the team and coaching staff while she missed the season. By 2014, Hammon was asked by Popovich to become the NBA’s first full-time female assistant coach in league history. Popovich has not only proven himself as one of the greatest basketball minds of all time but has also groomed head coaches such as Brett Brown, Mike Budenholzer, Mike Brown, James Borrego, and many more.

Hammon became the first-ever woman to lead an NBA team as head coach late in the game in December of 2020 when Gregg Popovich was ejected. Popovich turned to Hammon and said, “You got ’em.”

Although the Spurs lost the game 121-107, Popovich’s message to the basketball world was clear. Of his entire coaching staff, he trusted her with the keys to the car while other potential head coaching candidates such as NBA legend and basketball genius, Tim Duncan stayed in the assistant role for the remainder of the game.

Hammon was more concerned over trying to steal a win over LeBron James and the Los Angeles Lakers than she was about the historical significance of the game saying, “What dawned on me was I wanna beat the Lakers, Hammon said on the Today Show where she was celebrated as a trailblazing woman in sports.

Now with NBA head coaching experience under her belt and multiple endorsements from Popovich who some consider the best coach in the modern NBA, if not ever, the writing on the wall is that it will only be a matter of time before Hammon is the first female head coach hired by an NBA franchise.

While the NBA has enjoyed one of its most competitive and fun seasons in recent history there are sure to be head coaching vacancies for underperforming teams around the league. Whether one of those franchises will be the team to break the gender is hard to predict but if a team is to make the move the candidate is clear. Becky Hammon is ready to lead an NBA team.

Rumor is that Gregg Popovich discovered the Holy Grail, Indiana Jones style. This would explain his beautiful flowing silver hair. This means he may never step down as head coach of the Spurs. If he does, however, Hammon seems to be the obvious replacement. All jokes aside, Popovich, 72 is on a year-to-year contract.

If not the Spurs, the Orlando Magic, Sacramento Kings, or even the Portland Trail Blazers jobs could potentially become open this summer. Whether or not one of these teams is ready or willing to give Hammon a shot will become clear in the coming months; regardless, she is one of the hottest names in NBA coaching searches as she waits for the “Yes” that will change basketball forever.