Could Matt Ryan get back to MVP form with Kyle Pitts? 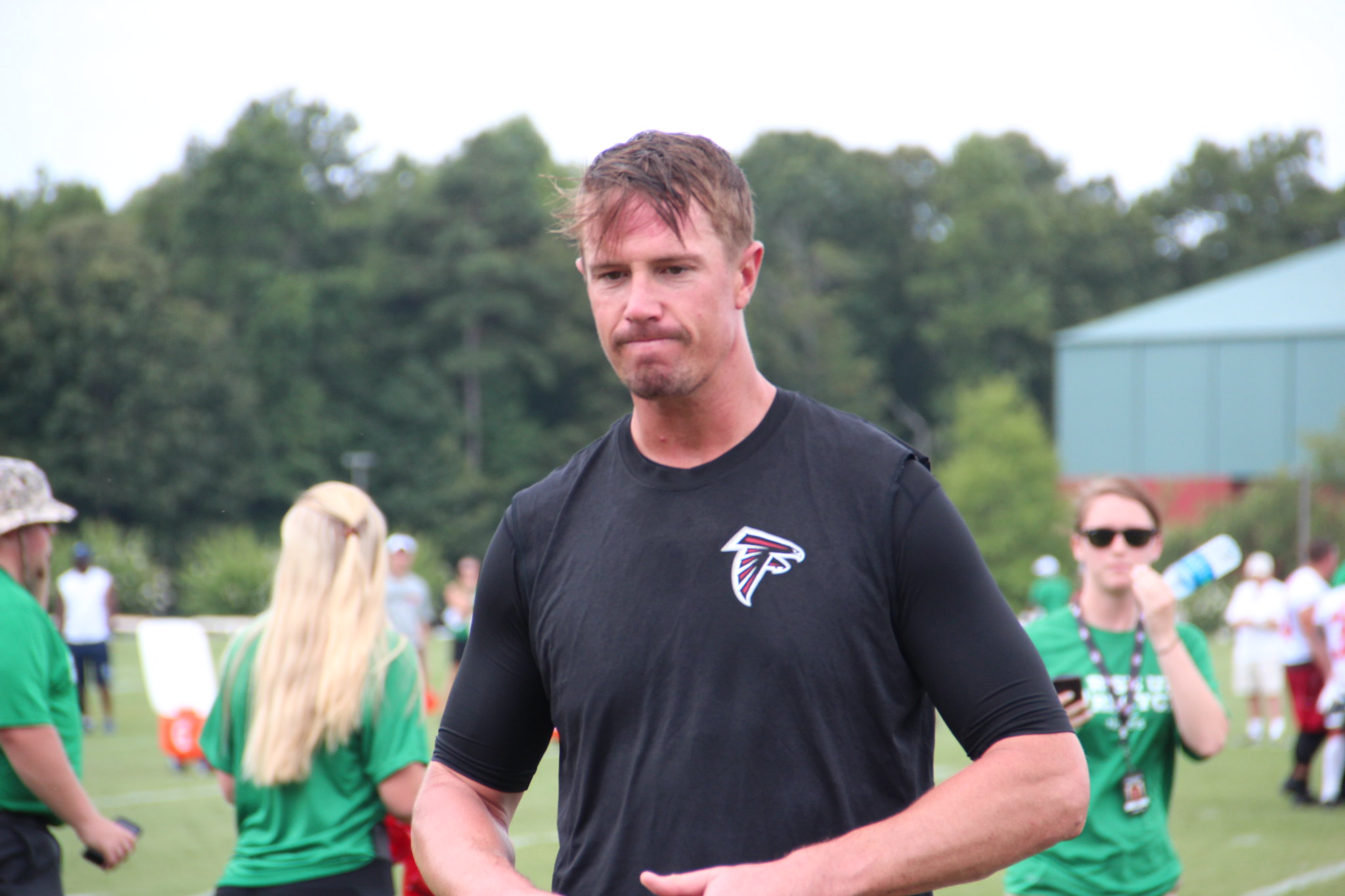 Is TE Kyle Pitts the next Tony Gonzalez?

Now that the 2021 NFL Draft is in the books, franchises now have their players of the future in place. One of those franchises, the Atlanta Falcons, did just at pick No. 4, drafting Kyle Pitts of Florida. As I have mentioned in other pieces, this was the right call for two reasons. First, there is a strong likelihood that All-Pro WR Julio Jones could be traded after June 1st because of his high cap number ($23 million). Second, the Falcons will not pick up TE Hayden Hurst’s fifth-year option, thus inserting Pitts as the starter of the future.

The reason why he has legitimate shot at the award is because of his new QB, Matt Ryan. Ryan has 10 seasons of at least 4,000 passing yards, good for 5th all-time. Ryan knows how to get the ball to his targets, doing so his whole career.

Here is a list of players and year(s) that they had at one 1,000-yard receiver under Ryan in his 13-year career:

Notice a pattern? Every year since Ryan has been the starting QB of the Falcons, there has been at least one player with 1,000 yards receiving. When you have almost 56,000 career passing yards and average 272 yards/gm, it might not be all that surprising. This is why I am very optimistic that Pitts’ chances at winning the award.

Looking at the history of Ryan and TEs, there are only two that have been the most productive during his tenure. First, HOF’er Tony Gonzalez, one of the best to play the position, was Ryan’s No. 1 TE for five years (2009-2013). During his time in Atlanta, Gonzalez accumulated 409 receptions, 4,187 receiving yards, and 35 TDs.

Austin Hooper, their 3rd round pick in 2016 out of Stanford, had a very solid career for the Falcons. In his four seasons (2016-2019), he had 214 receptions, 2,244 yards, and 16 TDs. While both Gonzalez and Hooper were great in their respective tenures for the Falcons but Pitts and his game fit how the position is being played now.

The evolution of the TE was from players who typically played on the line of scrimmage only in a stance to being slot WRs and running the route tree as a WR. At Florida, Pitts was another WR in HC Dan Mullen’s offense. He played the position as a freshman in Gainsville. Pitts as well lined up in all of the receiver positions on the field.

TEs have become just as much of a weapon/ best friend for a QB as a WR. A few examples: Patrick Mahomes has Travis Kelce, Tom Brady has Gronk, and Jimmy G (eventually Trey Lance) has George Kittle.

How can Matt Ryan’s weapon/best friend Kyle Pitts elevate him back to that 2016 MVP status? First, let us examine Ryan’s MVP season. He had 4,944 passing yards, 38 TDs, and 7 Ints. Here is a positional breakdown by percentage of receiving yards that year:

As you can see, RBs accounted for more receiving yards than TEs. Even more, RBs Devonta Freeman & Tevin Coleman had more yards receiving than every single TE on the roster in 2016.

Pitts can fill this weak spot instantaneously. In 2016, five TEs caught passes from Ryan. Pitts had 43 receptions, 770 yards, and 12 TDs in his last season at Florida. If you integrate those stats into Ryan’s 2016 MVP season, Pitts would have been 4th in receptions, 2nd in yards, and 1st in TDs. Inserting Pitts’ stats in his last season at Florida with Ryan’s in 2016 while omitting the TEs and their stats that year, here’s the stat line: 4,926 yards, 40 TDs, and 7 Ints.

As you can see, Ryan loses 18 yards but gets an additional 2 TDs if Pitts were there in 2016. Pitts would have accounted for 15.6% of Ryan’s passing yards all by himself. That is .4% less of all TEs in that MVP year. Ryan relied more on the RBs in 2016 than his TEs, which can be quite concerning.

Now that Ryan has a legitimate playmaker at TE in Pitts, Ryan can get back into form. Most defenses use an LB to cover TEs but that would be a major mismatch for Pitts and an elite QB like Ryan will pick that apart. Pitts can cover the field more than any other TE Ryan has ever played with. Ryan has one, possibly two, MVP years left in him. If WR Calvin Ridley is the next Julio Jones combined with Pitts, Ryan is a legit MVP candidate.

Becky Hammon is on a mission
UFC on ESPN 24: Rodriguez vs. Waterson Preview
wpDiscuz
0
0
Would love your thoughts, please comment.x
()
x
| Reply