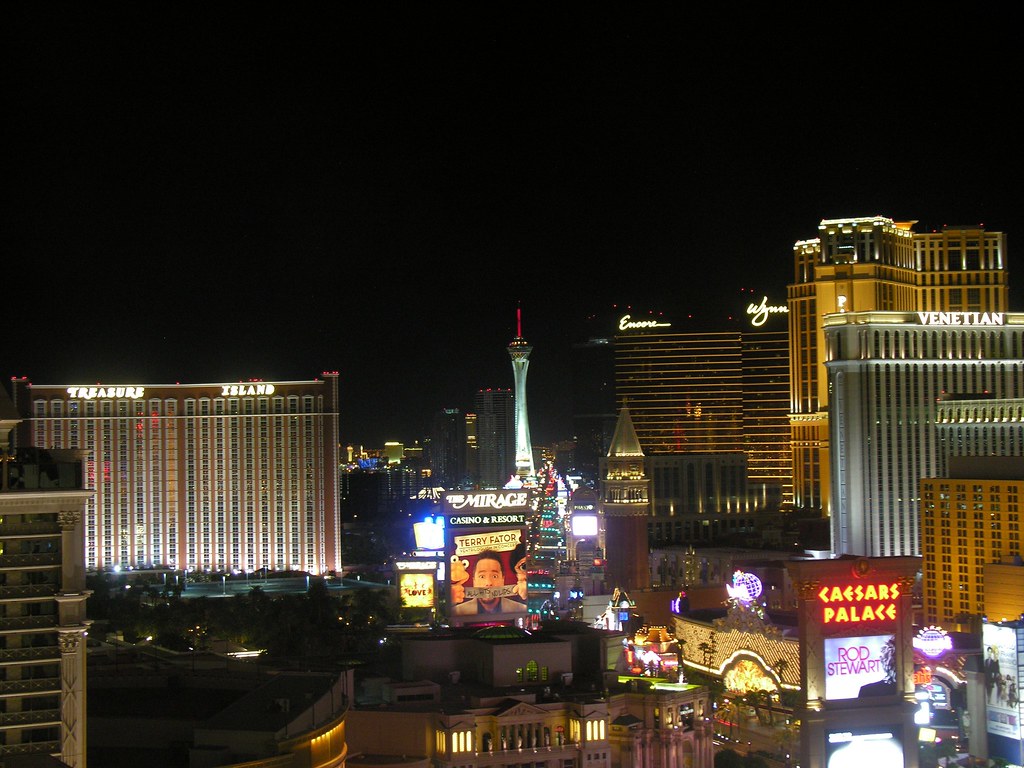 "Las Vegas night time" by billy kerr is licensed under CC BY 2.0

This Saturday’s UFC Fight Night has been filled with injuries, late replacements, and roster cuts. The headlines coming into the event may be bigger than the headlining fight. This Fight Night will be broadcasting live from the UFC Apex Arena in Las Vegas, Nevada, this Saturday, May 8th (UFC on ESPN 24 and UFC Vegas 26) and we will be breaking down and previewing all the confirmed and announced fights, in addition to the scrapped fights.

Sandhagen vs. Dillashaw and Scrapped Fights

This upcoming UFC Fight Night was initially headlined by a competitive bantamweight showdown. Cory Sandhagen, currently ranked number 2 at bantamweight, is on a two-fight knockout streak winning his last two bouts emphatically via spinning heel kick and a flying knee. He was meant to face off against the former three-time defending champion in TJ Dillashaw. This bout was slated as Dillashaw’s comeback fight since losing in early 2019. This was until a facial cut was received for Dillashaw, during training, and therefore was not cleared to fight. Originally reported by Mike Bohn of MMA Junkie, only ten days before the scheduled fight. This fight has yet to be rescheduled.

To add to the oddity of this Fight Night, reported on April 29th, a scheduled bout between TUF 1 winner Diego Sanchez and UFC legend Donald “Cowboy” Cerrone was canceled due to Sanchez being cut by the UFC. After a 16 year long career with the organization, Sanchez took to Instagram and voice his relief of being cut from the UFC. “Free at last,” he said. It was reported that the UFC brass let Sanchez go due to health and coaching concerns. Just four days before the event we’ve learned Cerrone will instead be facing Alex Morono.

Lastly, former champion Holly Holm was scheduled to fight top 10 ranked Julianna Peña. But on March 9th it was revealed Holm could not compete as she was diagnosed with a kidney condition hydronephrosis. Pena instead will now face the multi-division champion, Amanda Nunes, at UFC 265.

Filling in for the main event will be the battle of two top ten ranked strawweights in Marina Rodriguez (13-1-2) versus Michelle Waterson (18-8). While the two are ranked at 115 lb strawweight, this five-round main event will instead take place at flyweight 125 lb. This is due to the short notice booking of this match. “I was excited about the challenge, I was excited for the opportunity to step up to the plate, go into Vegas, five rounds, 125, let’s go,” Waterson said in an interview.

“The Karate Hottie” Michelle Waterson was scheduled to fight Amanda Ribas earlier this year at UFC 257. Waterson was forced out of this bout due to an unreported incident, Rodriguez filled in as a late replacement and defeated Ribas via 2nd round TKO.

Michelle Waterson is best known for being the Invicta FC Atomweight 105 lb champion. She entered the UFC in 2015 and competed in a larger weight class as a strawweight. With a karate background, Waterson uses long-range front kicks as her primary offense. She is a great, well-rounded fighter as she has 14 takedowns in her UFC fights, plus is ranked fourth in her division for all-time submission attempts, 50% of her victories are by way of submission. Waterson, age 35, mixes her style with long kicks, takedowns, and submissions. Additionally, Waterson has experience in a five-round fight.

Most recently Waterson won a close-fought five-round split decision over Angie Hill (13-9), in September of 2020. This fight showed the versatility and diversity of Waterson’s output. She threw 324 strikes in this 25-minute fight plus attempted 18 takedowns. In her career, Waterson averages 5.66 significant strikes landed per minute.

Born in Brazil, Marina Rodriguez only began MMA training in 2013. She was previously a graphic designer and started Muay Thai training as a way to stay in shape. Since then she has had an impressive run in the UFC, going 13-1 in MMA, and has earned a purple belt in Brazilian Jiu-Jitsu.

Rodriguez, age 34, impressively has won 47% of her fight by way of KO/TKO. Most recently at UFC 257 finishing Ribas in just the second round. Rodriguez is ranked third for all-time knockdowns per 15 minutes in her weight class. She is ranked 6th and victory on May 8th would move her much closer to her title aspirations.

While Rodriguez has less overall MMA experience and less experience in five-round fights, she will have a height and reach advantage over Waterson coming into this fight. Both fighters enter this bout on a one-fight victory streak, with Rodriguez being a slight betting favorite.

The May 8th UFC Fight Night main card will be broadcast on ESPN. The co-main event of the card will see UFC legend Donald “Cowboy” Cerrone (36-15) facing Alex Morono (18-7). US-born Cerrone has been fighting professionally since 2006 and fought for titles in the UFC and WEC. This upcoming bout will be his 54th fight, and he will tie the record for most UFC fights, at 37, with Jim Miller. Cerrone, age 38, holds the record for most wins and most finishes in UFC history. His most recent bout was a No-Contest, due to Niko Price testing positive for marijuana. Previous to that Cerrone is 2-4 since 2019, with all four losses coming notably from former champions Pettis, McGregor, Gaethje, and Ferguson. Alex Morono is 7-4 in his UFC run. Most recently he had a loss to former champion Anthony Pettis. Texas-born Morono is looking to get back in the win column against the veteran Cerrone. With a victory, this fight would also move Morono into the top 15 at welterweight.

Two top ten welterweights will be fighting to make their case on May 8th in Neil Magny (24-8) vs. Geoff Neal (13-3). These two are ranked 9 and 10 at welterweight, both coming off losses most recently, the stakes are high coming into this fight. Magny will come into this bout with a height and reach advantage. In 2020 he “The Haitian Sensation” defeated former champion, Robbie Lawler, then most recently has a decision loss to Michael Chiesa. Neal was a six-fight win streak in the UFC before meeting former title challenger Stephen Thompson. The 2020 bout saw Thompson out land “Handz of Steel” Neal 171-85 in this five-round meeting. Both fighters are US-born and will be looking to take a prominent position at welterweight with a win.

Heavyweights will also be featured on this main card. Brazilian Marcos Rogério de Lima (17-7) will face off against American Maurice Greene (9-5). With a victory, either of these heavyweights could move to a top 15 position. Both fighters are coming off stoppage losses in their last bouts.

Top 15 ranked lightweights will also be featured in Carlos Diego Ferreira (17-3) vs. Gregor Gillespie (13-1). Gillespie’s lone MMA loss was an impressive head kick KO from Kevin Lee. Ferreira had a split decision loss to Beneil Dariush in 2021. Ferreira, from Brazil, is a 3rd degree black belt in Brazilina Jiu-Jitsu. And Gillespie was an NCAA Division I wrestling champion in 2007. Both men, in their 30’s, are hungry to get back in the win column and potentially move to lightweight’s top 10.

Blackbelt in both Judo and Brazilian Jiu-Jitsu, Amanda Ribas (10-2) will be hungry to get back in the win column against American Muay Thai striker Angie Hill (13-9). Ribas sustained a loss in 2021 to the headlining Rodriguez. Ribas, 27, previously has held titles in IMMAF Worlds, Jungle Fight, and Max Fight. She is looking to add a UFC title to her resume. In just March of this year Hill, 36, won a decision over Yoder. Hill is a focused Muay Thai striker who uses distance and strikes to control her fights. She holds rank 10 in the UFC among all fighters for Significant Strikes Landed with 1322 in her UFC career.

UFC on ESPN 24: The Prelims

ESPN+ will be broadcasting the UFC Fight Night Preliminary fights. Former IFL heavyweight Champion Ben Rothwell (38-13) will be looking to get a win when he faces Philipe Lins (14-5). Rothwell, 39, will have a slight weight and height advantage. Both men are coming off losses. Phil Hawes (10-2) will be looking to extend his middleweight win streak in the UFC against southpaw Kyle Daukaus (10-1). Young Featherweights Ludovit Klein (17-2) and Michael Trizano (9-1) will try to make their case or moving into the top 15 in the competitive division. Ryan Benoit (10-7) will meet fellow flyweight Zarrukh Adashev (3-3). Korean-born Junyong Park (12-4) will hope to give the first loss of his career against Cameroonian-fighter Tafon Nchukwi (5-0), competing at light heavyweight. And kicking off the fight night will be Christian Aguilera (14-7) facing welterweight Carlston Harris (15-4) in Harris’ UFC debut.

This Saturday’s UFC Fight Night, UFC on ESPN 24, will be broadcast on May 8th on ESPN and ESPN+. The card will be an exciting mix of hungry fighters looking to get back in the win column and prove they belong in the UFC. We are still only four days away from this event so we will keep our eyes locked on news in case of more injuries and cancellations on this card. Rodriguez vs. Waterson will be the five-round main event competing at flyweight.