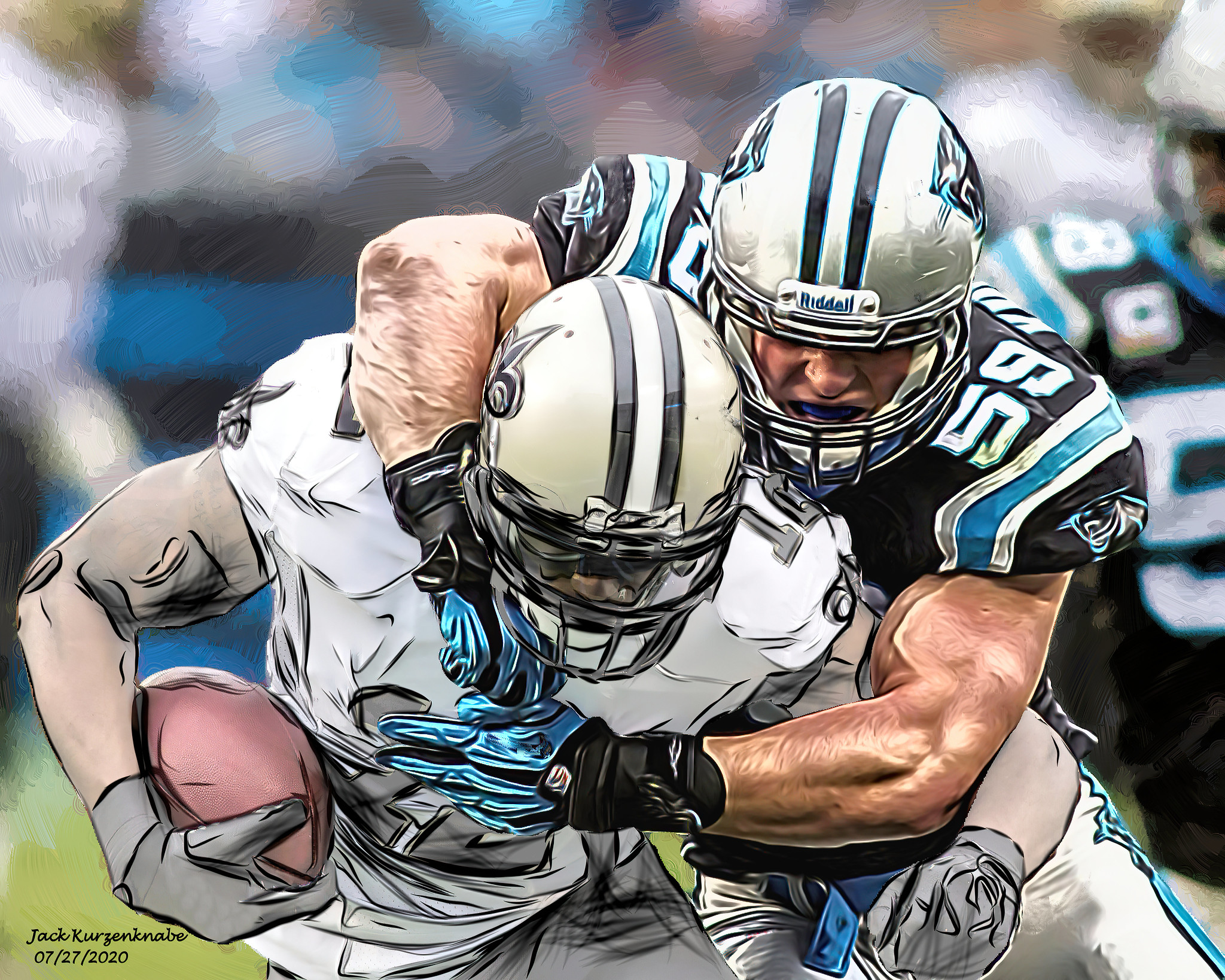 Luke Kuechly and Patrick Willis were two of the most accomplished and dominant linebackers of their era. Deciphering which linebacker was more dominant requires a deeper look into their careers from the moment they were drafted, until they retired. They have interchangeable careers that spanned eight years, and netted a multitude of awards, and a lasting impact on the NFL.

They both were a Defensive Rookie of the Year, 7x Pro Bowler, 5x First-Team All-Pro, 2x NFL tackles leader, 2x All-American, Butkus Award winner in college and the NFL and a member of the NFL 2010s All-Decade Team.

Their accolades speak for themselves, and their career statistics align with one another. Dominance goes beyond the stat sheet, though. How peers viewed them when lining up against them, and how teammates felt about them is a major part of dominance. I will look at each player individually and the impact they had in the NFL before deciding on a verdict.

Kuechly was the quintessential iron-man, missing only ten games throughout his eight-year career. He excelled when dropping into coverage, and could smother opposing tight ends and running backs. Although, he was a force to be reckoned with rushing the passer and stopping the run, pass coverage was his strong suit.

His instincts and athletic ability separated him from other linebackers in the NFL, as the prime example of what up-and-coming linebackers should strive to be. This propelled him to earn the NFL Defensive Player of the Year award in just his second season in the NFL.

He totaled 18 interceptions and 67 pass deflections, and put fear into the opposing quarterback when throwing in his direction. Kuechly was the leader of the Carolina Panthers for almost a decade and his departure left their defense is disarray.

Willis was one of the most ferocious hitters that the NFL has ever seen. He was the unquestionable leader of the most prolific defense in the NFL with the 49ers. He was a terror when rushing the passer and meeting opposing running backs up the gut.

His quickness and sideline-to-sideline ability made him great in pass coverage as well, but rushing the passer and stopping the run were his strengths. He recorded an astonishing 174 tackles his rookie season, and put opposing teams on notice from the beginning.

He amassed 20.5 sacks and forced 16 fumbles throughout his career, and was arguably the best linebacker in the NFL from his rookie season on. Willis dealt with injuries in the latter part of his career, which forced him to retire, but he was still imposing his will on opposing offenses until the day he retired.

Which LB Was More Dominant?

Each linebacker should be in the Hall of Fame when it is all said and done, and they have each left their mark on the NFL. They played different styles while playing the same position, and it is truly splitting hairs when deciding on which was more dominant.

While Willis was an all-time great, Kuechly was the more dominant linebacker. His unique ability and intellect were unmatched during his time in the league, and while he did battle some injuries during his career, he went out on top and on his own terms.

He played in all 16 games his last season and recorded over 140 total tackles that year. That is pure dominance from start to finish, and he walked away as one of the best linebackers to ever walk the earth. With over 1,000 tackles in his career and his pass coverage abilities, we may never see another linebacker with the sheer talent and mental awareness that Kuechly had.