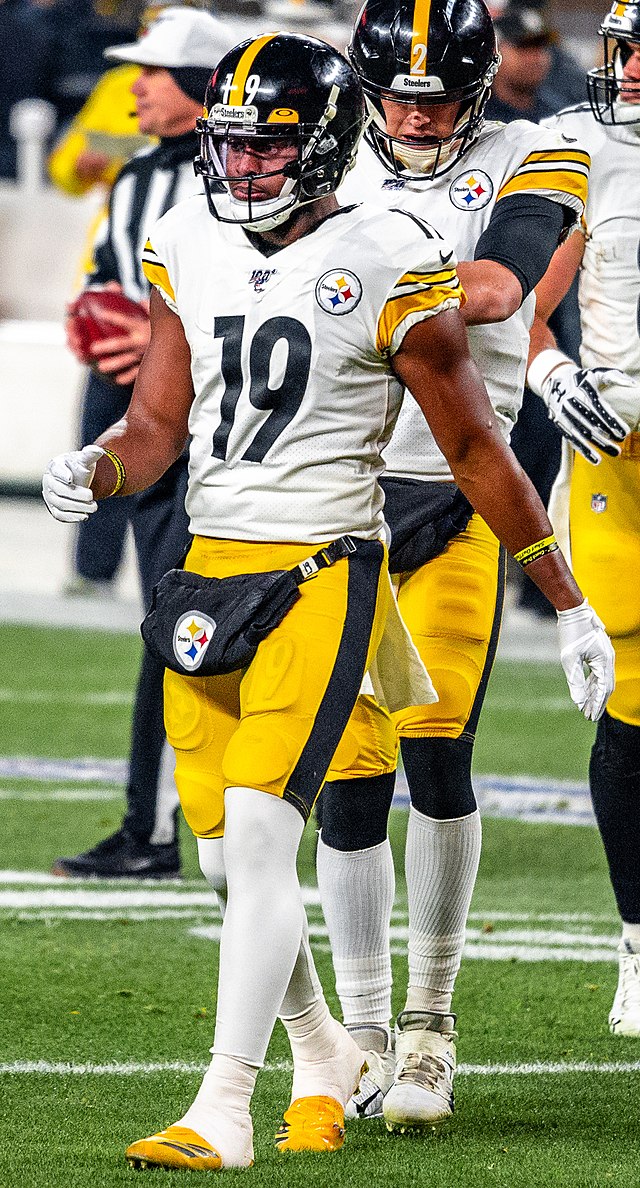 What is the outlook of JuJu moving forward?

Now that the Cheetah is off to join the Dolphins this season, there will be a major void open for Kansas City to replace. Since Patrick Mahomes started lighting up the league in 2018, Hill’s 43 touchdown receptions are tied with Mike Evans for second in the NFL in that span, trailing only Davante Adams (47).

Hill also ranks fourth in the league in receiving yards (4,854) and sixth in targets (520) in that time frame. His 22 TDs of 40 yards or more are also above any other player in the NFL since being drafted in 2016.

As one of the league’s true weapons, things will look a bit different with Hill out of the fold. But it looks like the team may be just fine even without him. Just look at Mahomes’ five career outings without the Cheetah (8 TDs, 1 INT, 347.4 passing yards per game, 103.1 passer rating).

But it’ll be hard to quantify what those numbers could look like over a full season. It must also be considered that in addition to Hill, DeMarcus Robinson and Byron Pringle are both gone as well, so KC’s passing attack will surely still revolve around Travis Kelce at tight end.

Not only has Kelce gone for six straight 1,000-yard seasons, he’s also garnered over 100 targets in each of the last seven years for an average of 129.6 per season.

So how does JuJu Smith-Schuster fit into this all? For starters, he should benefit greatly from having a true No. 1 target opposite him in Kelce, even if the latter is lining up at TE. Just look at how strong the USC product played in 2017 and 2018 when he had Antonio Brown hitting on all cylinders with him in Pittsburgh.

Smith-Schuster’s 111-catch, 1,426-yard, seven-TD season in 2018 earned him a Pro Bowl nod. It has been tough for him to hit those numbers since, but a lot of that can be pinned on the up-and-down play of Ben Roethlisberger and other Steelers QBs.

It was not as much about Big Ben and others not passing a ton, but more so the inability to strike downfield. From 2018-19, Smith-Schuster’s average depth of target was 9.3 yards, while in the last two seasons it’s simmered down to six. And yes the Long Beach, California native has been oft-injured over the past few years (33 games played since 2019), so he may not have the same explosion, but he’ll be joining an offense that is much more downfield-oriented and he figures to slide right into Hill’s varied deployment from 2021.

Hill was almost equally out wide (520 snaps) as he was in the slot (508 snaps) last season, so JuJu figures to be used in a similar role this coming season. And in Mahomes’ first three seasons, he averaged 8.8 intended air yards per attempt in that span.

That number dipped to 7.3 in 2021, but that’s still a full yard above what Smith-Schuster has seen in his depth of targets over the last two years.

One thing I’d like to bring into account here too is that in JuJu’s two full seasons played, he garnered 166 targets in 2018, as well as 128 in 2020. We can’t anticipate that he’ll play a full 17-game slate this year, but for the sake of this exercise let’s assume that he will.

Considering Smith-Schuster averaged 147 targets in those two seasons, as well as Hill receiving 130 or more in three of the last four seasons, it’s safe to say he should get anywhere from 120-150 this coming year. Maybe he won’t be able to take the top off the defense the way Hill did, but JuJu does figure to be a sure-handed target for Mahomes.

I’m predicting that Smith-Schuster will go from anywhere between 75-90 catches and he should be hovering near the 1,000-yard mark. The touchdown numbers do figure to be the most unpredictable here. JuJu has scored seven or more TDs on three occasions in his career, including a career-best nine in 2020. But in his two injury-riddled campaigns (2019, 2021) he combined for three scores in 17 games.

But I think this is where the Mahomes effect takes place. Since taking over for Alex Smith full-time in 2018, the Texas Tech product has more TD passes (151) and passing yards (18,707) than any other signal caller. So Smith-Schuster figures to get a boost playing with the best QB he ever has, sorry Big Ben.

So I’m predicting JuJu goes for an 89-catch, 1,061-yard, eight-TD stat line. Those numbers put him in the WR2 category amongst the top fantasy wideouts. This should put him in the range of players like Keenan Allen, Christian Kirk, Amari Cooper (figuring Deshaun Watson gets suspended), as well as Jaylen Waddle, who figures to come down from some of his 2021 numbers with Hill’s arrival.

I figure that Smith-Schuster will be the Chiefs’ 1B behind Kelce due to the other receivers on the roster. And unless the Chiefs draft another viable receiver with one of their massive load of 12 picks, the only other KC wideout that should challenge him for targets will be Mecole Hardman, who’s coming off a career-best 693 yards and 59 catches. He has not received 100 targets yet (83 in 2021) but he should creep towards that mark in 2022.

But he is still not the receiver that Smith-Schuster is. And even though he’s a more natural fit in the offense, JuJu’s skill set is something that KC showed it could evolve to if pushed to do so, like it was last season.