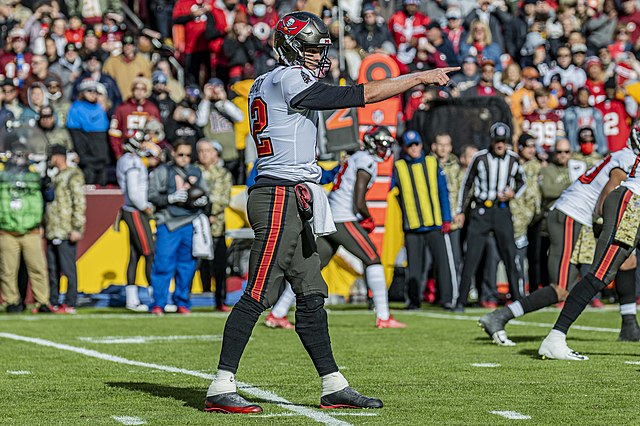 How high is the ceiling for Tom Brady next season?

The prolific quarterback Tom Brady threw for 5,235 passing yards, 39 passing touchdowns, and achieved 13 victories at the age of 35. TB12 will be 45 years old and striving for a Super Bowl ring in the 2022-2023 season. Brady won’t have Wes Welker and potentially Rob Gronkowski in his offensive unit, but he will have Mike Evans and Chris Gowin to catch footballs.

So, the vital question is: can Brady have a performance similar to his 2021 or 2011 season? Well, I’m going to unveil likely the floor and ceiling of his ability in 2022.

Captain Obvious doesn’t need to state that Brady might have the best floor of any player in the league via his combination of work ethic and arm talent. The Bucs QB will have the utterly talented Byron Leftwich calling a familiar offense for Brady and it’s clear Brady has flourished as a Buc.

Brady has averaged 4,974 yards and 41.5 touchdowns over the past two seasons. He obviously won’t have Antonio Brown (and likely Gronk), but it’s worth mentioning that AB has played in 15 of the past 33 games for TB. Brady will really lean on the speed demon Scotty Miller (503 yards in 2020) to be effective in 2022.

It should be noted that Brady threw for 5,316 yards and 43 touchdowns without Chris Godwin for three games and Gronkowski for five games in 2021, as well.

I can really forsee a floor of 4,700+ passing yards and 35 touchdowns for Brady next season. I believe Godwin and Mike Evans are one of the top WR combinations in the league and Miller should have a career season in 2022. Sure, the probable absense of Gronk will hurt, but I still expect a lot more red zone targets to be in play for the physical WRs.

I honestly expect Brady to be in strong consideration for MVP for the second straight season. Brady will continue to outwork the world this offseason and Leftwich will brew more creative play designs for his offense to cook. Mike Evans had a career high 14 touchdowns last season and Godwin was on pace for his best season prior to his ACL injury. It may seem like Brady’s offense will be weaker “on paper”, but he will surely uplift the profiles around him.

I also absolutely expect Brady to be more prepared to battle the Saints defense that has lost Marcus Williams and Malcolm Jenkins this offseason. I would be dumb struck if Brady scored 0 or 3 points against Dennis Allen’s defense in another NFC South showdown.

The biggest x-factor for Brady is his sharp focus to chase Michael Jordan’s aura in sports and win another Super Bowl.

I expect a true ceiling of Brady to be around 5,600 with a “healthy WR duo”, improved performances against the Saints brick wall defense, and his flame that refuses to be put out.