Why Sean Payton should join the Cowboys in the future 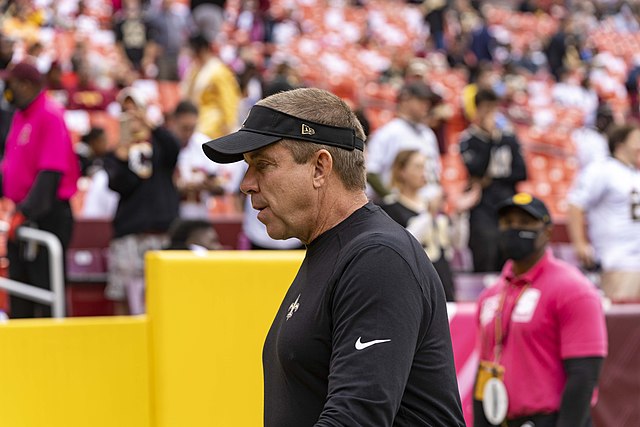 Sean Payton should really join Dak Prescott and the Cowboys

The football genius and Bill Parcells apprentice Sean Payton stepped away from football in 2022, but he stated that he could make a return to the football sphere in the future. It was a major surprise that Payton stepped away from the New Orleans Saints after unveiling a winning season “without Jameis Winston for 10 games”. Sure, Payton witnessed the struggles of coaching a Brees-less Saints team, as NO ranked 32nd in passing last season. Nonetheless, the Saints would likely have a floor of Jameis Winston at quarterback, a healthy Michael Thomas, Alvin Kamara (after a potential suspension), and a defense that features elite talent in each position group. Furthermore, the Saints have consistently drafted really well each offseason in the Payton-Mickey Loomis era.

It was surprising to witness Payton exit his beloved Saints team in 2022. Although, it’s Payton’s heart and burnout is real for every person on this green planet. It’s also safe to say that the fact that the Saints had 57 different starters (an NFL record) in 2021 took a toll on Payton’s well-being in a short period of time. Outside of the Saints having musical chairs in many positions, the Saints sadly played four different QBs last season (Winston, Taysom Hill, Trevor Sieman, and Ian Book). Kevin James Payton will take a break from football and the Saints are full steam ahead with their familiar, bright face at the helm.

The Saints are relying on their former long-time defensive coordinator Dennis Allen to lead them into the battlefield moving forward. Allen was the HC behind the Saints 9-0 victory over the Tampa Bay Buccaneers last season and he will be a strong, unique coach for the Saints.

Allen has really made his presence felt in the Big Easy thus far. He’s ended the “Taysom Hill experiment at QB” and the Saints have acquired another first-round pick in the 2022 NFL draft. Allen may not be Payton, but he will continue to roll the dice in his style.

I feel like Allen will truly bring the Saints back to the playoffs (at least) and the 49-year-old profile will remain their HC for many years to come. If the Allen-led Saints are coming off a season with at least one playoff victory, I don’t expect the Saints GM to have a chair open for Payton to return.

Allen is one of the best defensive minds in the NFL, he will have a sharp vision of the Saints, and he will know the right buttons with the defense to unleash havoc.

If Payton doesn’t have a realistic path available back to NO, I expect him to be a perfect candidate to land with the Dallas Cowboys beyond 2022. Tom Brady made a comeback and I wouldn’t be shocked if the 58-year-old Saints legend made a nearby return to the NFL and Cowboys. The Payton ties to Dallas have clearly been on fire in each of the past few seasons. As widely enunciated, Payton was a former Cowboys assistant with Bill Parcells from 2003 until 2005. The Dallas Cowboys are also a greek god-like football franchise and Austin, TX eats, breathes, and sleeps football. It would be poetic if Payton returned to the Cowboys as a wiser and more confident coach.

The most important attraction for Payton is unequivocally Dak Prescott. The Cowboys QB threw for 4,449 passing yards and 37 passing touchdowns in 2021. Prescott literally broke Tony Romo’s single-season passing touchdown record last season. He was also on pace for a career-best season in passing yards in 2020 prior to his season-ending injury. The 28-year-old is still scratching the surface and his potential is off the charts. It’s also fascinating that Payton had a positive impression of Prescott in his very early career. In Nov. of 2018, Payton called Prescott “an exceptional leader” and he held a positive notion of his dual-threat ability, per Saints Wire. I do believe Winston and Allen will be a great HC-QB combination, but the Cowboys would display the more potent HC-QB combo with Prescott and Payton.

The Dallas Cowboys defense that led the league in takeaways last season also has a d-unit that may have younger, more superb talent than the Saints defense. The 2021 Defensive Rookie of The Year Micah Parsons is “11 years younger than Saints LB Demario Davis” and CB the 23-year-old Trevon Diggs is also a bit more efficient than the veteran Marshon Lattimore. The Cowboys top edge rusher Demarcus Lawrence is a few years younger than Cameron Jordan and playing at an extremely high level, as well.

The electric 23-year-old Ceedee Lamb (1,102 yards in 2021), the recently extended Michael Gallup, and Zeke Elliot (979+ rushing yds in each season) are also blue-chip offensive pieces for Payton. The Cowboys still have their rockstar LT Tyron Smith, while the cap-strapped Saints lost Terron Armstead to the Miami Dolphins this offseason. The Cowboys arguably have the easiest divisional competition in the NFL and Payton has to be enticed about playing the NFC Least squads. The 2021 second-place NFC East team in the Philadelphia Eagles is the opposite of the 2021 NFC South champion Tampa Bay Buccaneers (and every other division champion), which was evident in the Buccaneers thrashing of the Eagles in the recent NFL wildcard game.

If Mike McCarthy can’t utilize the Cowboys properly and lock in an elusive playoff victory, I believe Jerry Jones will be interested in upgrading the head coach spot by inking the shiny, offensive mind Sean Payton. If Payton is open to being an OC for the Cowboys, Jones could still replace Kellen Moore with the former middle school offensive coach. The other former NFL QB Moore could also have a terrific 2022 season with the Boys offense and potentially be hired as a head coach next offseason, which would surely open the OC door for Payton. All in all, the reigning NFC East champions are honestly the perfect combination of destination, QB, and roster talent for the former Cowboys coach.

Denzel Ward: The highest paid CB in NFL History
What is the floor and ceiling of Tom Brady in 2022?