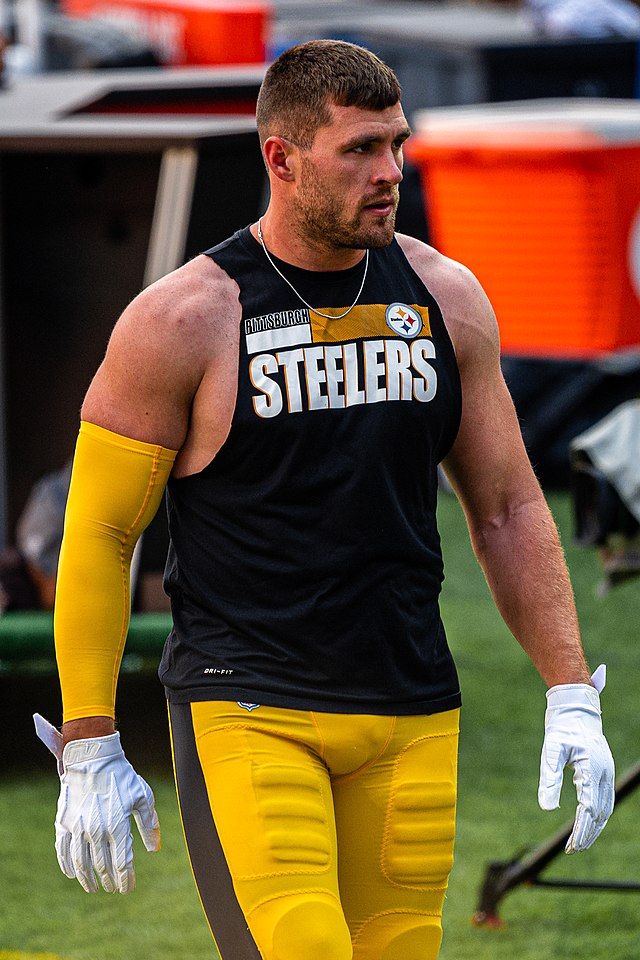 Is T.J. Watt a future hall of fame already?

The Pittsburgh Steelers edge rusher T.J. Watt tied Michael Strahan’s sack record (22.5) and won the defensive player of the year award last season. It should also be noted that Watt recorded 22.5 sacks in 17 games 15 games. It’s clear that the second Watt brother to win DPOY has cemented himself as a mythical football figure. There is already a mighty question that many Steelers fans have regarding the 27-year-old pass rusher: Is T.J. Watt already a future first-ballot Hall of Famer? Well, I will unveil his career production and conclude if his current resume is impressive enough to make it as a first-ballot HOF at this moment.

Watt has been an All-Pro player in each of the past three seasons. The four-time Pro Bowl selection also has 72.5 career sacks, 150 QB hits, and 80 career tackles for loss. Watt and his older brother in Arizona are still seeking the elusive Super Bowl ring.

I believe Demarcus Ware has a very fascinating career comparison to Watt right now. The former Cowboys legendary sack artist had 138.5 career sacks, two seasons of 19.5+ sacks, and he made four All-Pro teams in his career. Unfortunately, Ware did NOT make the Hall of Fame in his first year of HOF eligibility (2022).

Watt has 1 DPOY award, while Ware has 0 DPOY awards. The two pass rushers have the same number of All-Pro honors and they both have been consistently superb in sacking the QB at this point. Ware actually has an upper hand on Watt in a pivotal category: Super Bowl victories. Ware has a Super Bowl ring, while Watt hasn’t won a SB thus far. Ware also notched two sacks and five tackles in the SB.

I honestly don’t believe Watt is the first-ballot HOF yet. If Watt can have two or three more All-Pro seasons, or win another DPOY (while making another All-Pro team), I believe the reigning DPOY should join Aaron Donald as a sure-fire first-ballot HOF. His fellow DL teammate Cameron Heyward is still playing at a high level at 32 years old (10 sacks in 2021) and I expect the “highest-paid defensive player in the league” to continue to prove every penny of his hefty contract. When the younger Watt on the Steelers retires, he should be another greek god-like Steeler to wind up as a first-ballot HOF.