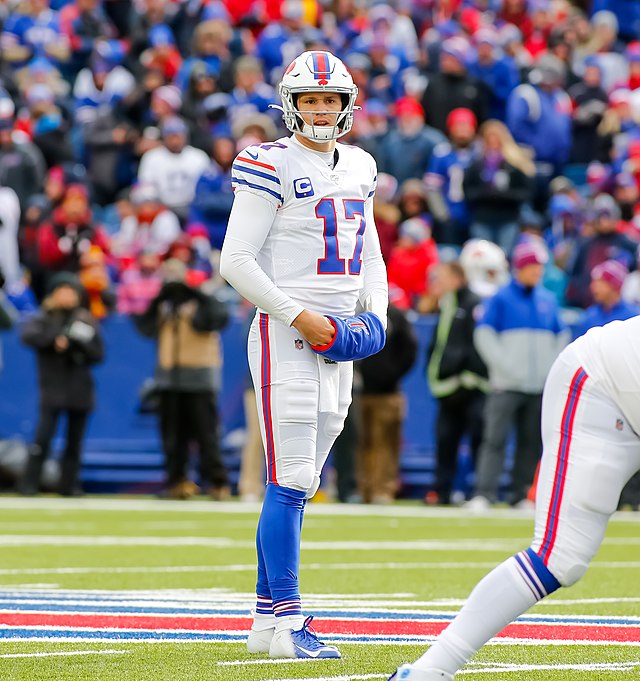 “Something beautiful is on the horizon.”

The AFC East is set to be another exciting one in what has been an eventful offseason.

Tyreek Hill is now in the division, Stefon Diggs has a new contract, the Patriots have been quiet in the offseason and the Jets aim to try and gain some positivity ahead of the 2022 campaign.

Just how do their quarterbacks rank? Here is a ranking list of all four starting quarterbacks in the division.

Allen is arguably a top-three quarterback so there is no way he does not end up the number on this list. Buffalo is arguably the AFC favorites for the 2022 season, especially with Hill leaving the Chiefs. Buffalo may face their biggest challenge to winning the division once again, but Allen is head and shoulders above the rest.

Only Tom Brady, Patrick Mahomes, Justin Herbert, and Matthew Stafford have thrown for more yards than Josh Allen since the start of the 2020 season. In addition, Brady, Aaron Rodgers and Mahomes are the only quarterbacks to have thrown for more passing touchdowns than Allen during that span.

A cannon arm, a great ability to use his feet at the right time, and tremendous leadership. There are not many players you’d rather have in this league than Allen.

This one was tough to call as both players are very similar in their playstyle and stats.

People often refer to Tua’s win-loss record as a starter. Well, Jones made the playoffs as a rookie and Tua has yet to make the playoffs or play an entire season in either of his first two years in the league, which is why Jones gets the edge over Tagovailoa.

There are no real questions around Mac, who is seen as the best quarterback so far out of the 2021 class whereas Tua faces question marks daily and continues to live in the shadow of fellow 2020 draftees Joe Burrow and Justin Herbert. Mike McDaniel could be the key to unlocking Tua’s potential but right now, Jones is the better QB, but it is very close and very susceptible to change now the Cheetah is in South Beach.

There is no doubt about this one. Wilson was picked second overall in the 2021 NFL Draft and has yet to convince anyone. The Jets literally traded for Joe Flacco to return to the Big Apple.

His relationship with Braxton Berrios and the protection from Mekhi Becton will give Jets fans offseason hope but Wilson’s performances did not provide any source of encouragement in 2021. In the 13 games he played, he ranked 30th in passing yards (2,334), 29th in touchdowns (9) and 30th in quarterback rating (28.2). He also had 11 interceptions to add to a woeful first season as a pro.

Wilson showed signs in BYU that he can be a good quarterback, but the way his first season went, he has a lot to prove in his second season.