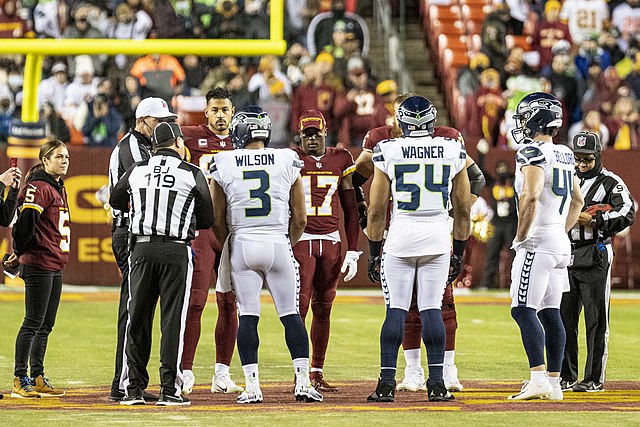 What is the biggest obstacle for the Seahawks?

After a grim 2021 season that saw the Seahawks finish 7-10, they are undoubtedly the worst team in the NFC West. With star QB Russell Wilson leaving, it is evident that Pete Carroll’s team is in rebuild mode. But what must the ‘Hawks overcome to rebuild successfully?

It is the most apparent issue that the Seahawks’ front office face. They need a quarterback that will make them competitive in the NFC West. The problem is that this is not an easy task. Unfortunately, history has shown that it is the hardest to attain. Franchise quarterbacks do not appear every year, and it might take years to find a viable option at the most prominent position.

Drew Lock is good but has been unable to revive his newcomer form over the past two seasons. There is a reason Denver selected Teddy Bridgewater over him as its starter last season. It is also hard to think that a change of environment will be enough to convert him into a star QB.

Now, Baker Mayfield could be the starting quarterback for the Seahawks. However, this is not the best option. The Cleveland Browns want no business with him and are stuck with him. Even if the Mayfield trade goes through, that could potentially see DK Metcalf go the other way and a second-round pick. It does not look valuable, and it should not be a trade the ‘Hawks pursue.

The Seahawks may have to wait till the next draft class, where the QB class is superior to this year.

Dead cap charges have crippled their ability to obtain the biggest stars in free agency. They now hold a $26 million cap charge for Wilson this year with an extra $18 million in dead cap. It has severely hampered their potential to make substantial free-agent moves this offseason outside of keeping most of their players, leaving them with less than $10 million in significant cap room to deal with.

The dead cap will be gone in the spring, and it could leave the Seahawks with the ability to acquire players who will transform more into a championship roster. These players could be those who strengthen the offensive line as the position needs upgrading. Whatever they decide, going with a rookie quarterback is risky but provides the best possibility of winning. If they find the perfect prospect and make the right moves to build around that guy, they will compete in the NFC West. Of course, if they falter at QB, that means back to square one.

Back picking in the top 10 of the draft for the first time since Schneider’s first year at the helm. Nevertheless, who do the Seahawks pick? Here are the two top prospects

Ridder is the most pro-ready quarterback in this draft. While he does not possess superb arm strength, he is a pocket quarterback with excellent footwork. Ridder has excellent awareness and can analyze coverages. In addition, he impressed the Seahawks in his pro day with an arm that looks stronger. The Seahawks may choose this route. The terrifying uncertainty of no Wilson, on the other hand, makes the brief solace of a quarterback at No. 9 appealing.

Gardner’s style of play suggests he could have a Richard Sherman impact in the future for a Seattle defence that has subsequently built an extra smaller corner model after becoming enamored with choosing corners with arms measuring 32 inches or longer. The youngster can move too, clocking a 40-yard sprint time of 4.41 seconds.

Gardner did not allow a single touchdown reception during his collegiate career. He barely allowed yards once the receiver did catch the ball, just 6.6 yards per reception in the 2021 college football season. While he must improve his tackling and transition footwork, the cornerback plays defence with the swagger reminiscent of Sherman. Gardner is the prototypical Seattle corner. One that Carroll could be paying attention to when pick No.9 arrives.