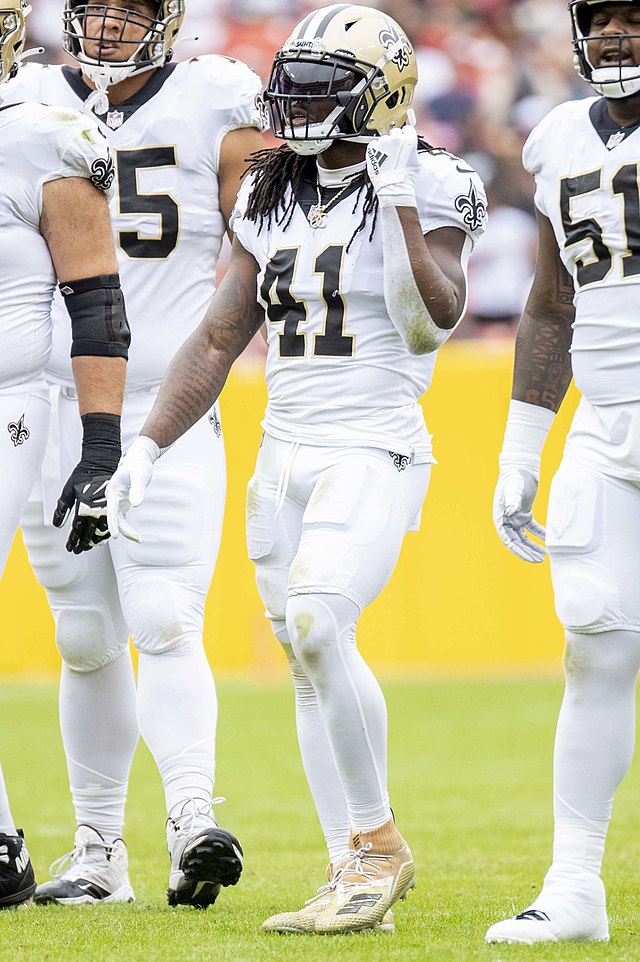 What should you do with Alvin Kamara in your dynasty leagues?

Five years and five RB1 seasons is an overly impressive way to start a career. Alvin Kamara has been absolutely elite for his managers. He comes into 2022 with a few more questions this year. Jameis Winston returning is great news after showing a rapport early last season. Age, off-the-field questions, and a coaching change lead to even more ambiguity in Kamara’s overall value. Let’s dive into what to do with Alvin Kamara.

I’d be remiss if I didn’t start off the article with the fact that Kamara and some friends allegedly beat a man the night before the Pro Bowl in Las Vegas earlier this year. I’m not a lawyer, so see the tweet from Drew Davenport below on the whole situation.

Drew mentions the 25th of April in his video, which unfortunately came and went without any action except to delay this hearing until August. As Drew said, any video leak will be terrible news for Kamara’s playing potential in 2022. The NFL likely learned from what happened with Kareem Hunt and that video leaking, so I expect a much harsher penalty to avoid going back to fix their mistake later. Bottom line, unless someone offers you fair value, I think holding is the smartest move until he sees the field again, but also can understand getting whatever you can and getting rid of him.

What does 2021 mean for Kamara’s future?

When on the field, Kamara has been an elite RB for the Saints team. He’s been relatively durable throughout his career and has been top twelve in fantasy points on a per-game basis every season of his career. The return of Mark Ingram didn’t hurt Kamara in the stat sheet, as he only got some extra rest. The bigger concern is the return of Michael Thomas and the high draft pick they’re likely about to add.

2021 saw Alvin Kamara lead his team in targets on a per-game basis. That was helped out by the overall lack of receiving talent on the outside, as Michael Thomas was unable to return from ankle surgery and none of the secondary targets stepped up to help the rotation of QBs the Saints trotted out. With both, Thomas and Winston expected to be ready for week one and the Saints owning multiple first-round picks in a deep WR draft, I’d expect Kamara to see less usage in 2022.

Other changes in the big easy

The Saints coaching staff on offense has a good deal of continuity, with the exception of the top dog. Sean Payton stepped down, and OC Pete Carmichael will be taking on play-calling duties. While the continuity is likely good for the team as a whole, Carmichael obviously doesn’t have the in-game experience calling plays Payton did, making this a bit of a wild card and likely step down for the offense.

The other “change” to highlight is just normal aging. As Dave Kluge tweeted in my top link, no RB at age 26 or higher has been top 5 since 2016. RBs are getting used up young and phased out. Kamara is the archetype to buck that trend, but it’s still a risk. Like Shady McCoy, he’s a smaller, shiftier back who isn’t a between the tackle grinder and does significant work in the passing game. If you asked me to bet on RBs off that list, those types are who I’d take (Aaron Jones and Austin Ekeler pop out to me too).

In summary, I do still think Kamara has multiple solid years left in him. Backs who are prolific in the pass game age better and more gracefully than bell-cow grinders do. I’m holding him right now no matter what, unless I get the RB1 type return for him. As a contender, definitely worth keeping, and hope any missed time happens before the fantasy playoffs. If I’m rebuilding, I’ll hold until more clarity is gained and any suspension might be served, as his value is bound to be higher when he’s back putting up top ten numbers on a per-game basis.