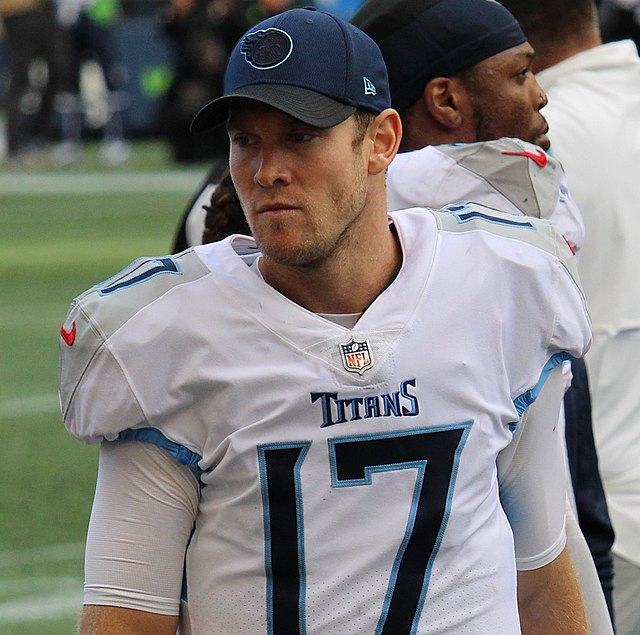 The Tennessee Titans quarterback Ryan Tannehill had another productive year as the Titans finished the 2021 season atop of the AFC with a record of 12-5. They were tied with the Kansas City Chiefs though they had a better head-to-head record. The last two years have seen Tannehill explode with 33 touchdowns in 2020 and 21 in 2021. However, his playoffs last season were one to forget.

Tannehill threw three interceptions, notably one on the first play to Bengals linebacker Logan Wilson. The worst thing about these interceptions was that these came at the most important periods of the game. With 20 seconds left on the clock, He fired a ball that was tipped by Eli Apple and intercepted by Wilson again on the Bengals’ 47-yard line. Bengals go on to win thanks to an Evan McPherson game-winning field goal.

This was a game that has affected Tannehill mentally as he has since called the loss ‘a scar that I’ll carry with me the rest of my life. It doesn’t help that he will go into the new season without AJ Brown, who left in free agency. However, gaining Treylon Burks through the draft is promising and with healthy star RB Derrick Henry back, Tannehill’s Titans will certainly win their division.

What Tannehill must improve on to enhance the Titans’ chances of being Super Bowl contenders is the turnovers, which are too many. He had 14 INTs last season, more concerning is that his previous two seasons before 2021 combined for fewer INTs, with 13. This may show that while Tannehill is not the problem at Tennessee, last season showed he was not a great solution. This may change but time will tell.

However, many of these shortcomings were due to the Titans having an injury-riddled season. For most of the season, pass protection was a worry. Tannehill’s percentage of time sacked when attempting to pass went from 4.8 in 2020 to 8.1 in 2021. The Titans’ fundamental issue has been a widespread and persistent inability to remain healthy. Except for Tannehill, nearly every major offensive skilled player missed multiple games, notably Henry.

This should not happen again this year. I expect the Titans and Tannehill to find their form again with many of the starters back and running for Week One. Derrick Henry should have another All-Pro season and continue cementing his status as the best RB in the league and expect Tannehill to work on the turnover part of his game and be better protected by his offensive line.

I feel comfortable for Tannehill to record fewer INTs for this season compared to last. I see the QB recording 28-9 throughout the season. This could be a realistic stat summary for Tannehill should Henry remain healthy and have Tannehill do less than what he needs to do. Last season showed he had to be the solution for a team damaged by injuries.

This season should not see so many players bruised at the same time. Tannehill and the Titans should return to their very best next year. Whether the Titans’ failure to impress represents his own shortcomings will be something to behold in the 2022 season.