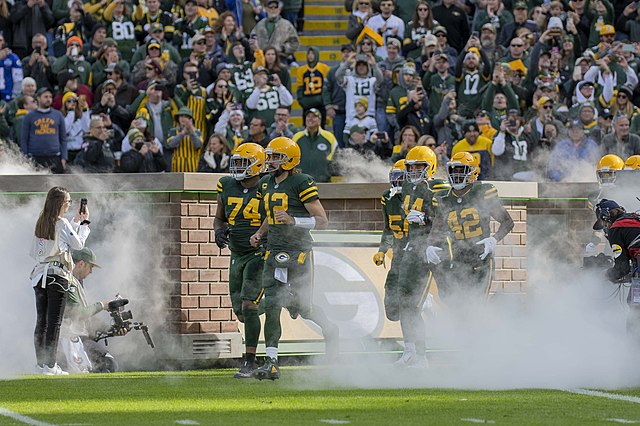 Who is the best WR target for the Packers?

The Green Bay Packers chose to not select a wide receiver in the first round of the 2022 NFL Draft. However, Aaron Rodgers was still a huge fan of the fellow NFC North draft’s selection of Jameson Williams. Nonetheless, A-Rod was able to garner a rookie WR with quality potential in round two in Christian Watson. The new Packer will help Sammy Watkins, Allen Lazard, and Randall Cobb fuel the 2020 and 2021 MVP signal-caller.

With that stated, it would make sense if the Packers brought in a talented/veteran WR for competition. Here are five wide-outs that would be exciting, unique additions for GB.

The New Orleans Saints signed a big-name player (Tyrann Mathieu) at a key position after the draft and it might be time for the Packers to ink a household profile at a need position post the NFL draft, as well. The explosive WR Will Fuller has flirted with the Pack in prior years but would definitely be the perfect fit for the Packers in 2022 (to say the least). He can be a fantastic deep threat, which should bring music to Matt LaFleur’s ears.

The idea of GB signing Desean Jackson isn’t sexy, but the Eagles legend might be a nice value signing for Matt LaFleur’s squad. He quietly contributed 454 yards for LA/LV last season. After Jackson signed with Sean McVay’s dream team in 2021, he likely wants to play for a Super Bowl contender at this stage in his career, too.

OBJ may not reunite with Los Angeles or New Orleans, so he could be tempted to sign with a different NFC contender: Green Bay. If the Packers could sign Beckham Jr, they could have a quality WR room in the back-end of next season. He may also help Rodgers stay away from a retirement home beyond 2022.

The alpha persona Marquise Goodwin isn’t scared of competing for the Olympics or flat out beating any cornerback in a foot race. Goodwin’s athletic ability could be utilized quite well in Matt Nagy’s Rodgers’s passing attack.

The former undrafted wideout Allen Hurns unveiled 1,031 yards and 10 touchdowns in 2015, but he hasn’t recorded 500+ yards in a single season since 2015. He might be a great depth signing with sneaky potential for the Packers.