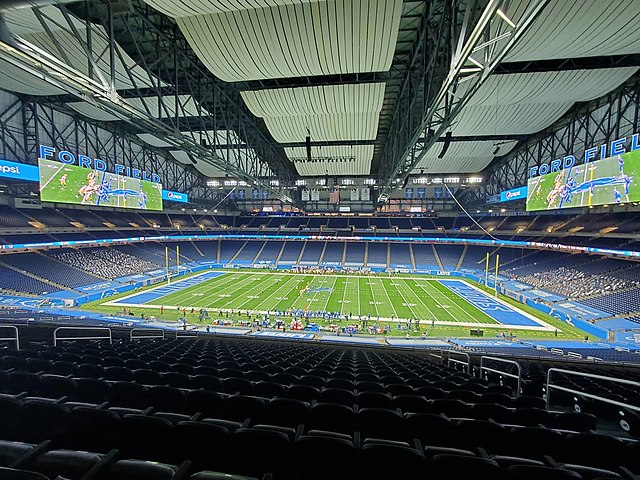 What will be the Detroit Lions record in 2022?

The Detroit Lions have more confidence and talent than the last off-season. The ultimate question is: can the Lions transpire from a bottom-of-the-barrel squad into a borderline playoff team? Well, I’m going to project the outcome of the Lions 2022-2023 schedule and aim to inject inspiration for Lions nation.

Week 1: vs the Eagles

The opening game of the season.

Week 2: vs the Commanders

I believe that the Lions will actually win this game — as they’re at home in Week 2 against a Carson Wentz-led squad. I expect the Lions to win 27-21.

Week 3: at the Vikings

The Vikings are destined to reach the playoffs next season with Kevin O’Connell and a healthy Danielle Hunter. I expect the Vikings to beat the Lions 28-14.

Week 4: vs the Seahawks

The Lions can definitely beat Geno Smith and the Seahawks mediocre pass defense in Week 4. I expect the Lions to win 35-21 in this chapter of the season.

Week 5: at the Patriots

Week 7: at the Cowboys

The Cowboys should really score a lot of points in this contest. I don’t like the Lions’s chances to keep pace with Dak, as Demarcus Lawrence and Micah Parsons should make Goff’s life a living hell. The Cowboys will win 42-21 in my opinion.

Week 8: vs the Dolphins

The Lions clearly have a brutal stretch of games leading up to this point. Tua Tagovailoa should have a strong game with his deep threats against the Lions pass defense. It also won’t be easy for Goff to dissect the Dolphins stingy defense. I expect the Dolphins to win 31-10 in this match-up.

Week 9: vs the Packers

The Lions may have upset the Packers last season, but I expect A-Rod to throw four touchdowns and beat the Lions in this divisional match-up. I forsee the Pack winning 35-17 in this despised battle.

The Lions need to have a strong performance against the Bears after playing four juggernaut teams. I’d love to see the Lions pull some tricks out of their sleeve and have help from their kicking game to edge out the Justin Fields-led team. I believe the Lions will win 20-17 in this match-up.

I honestly expect the Bills to mop the floor against the Lions in this match-up. It will be tough for the Super Bowl favorite/aka the Bills to be upset by DET. I believe the Bills will win 48-17.

The Lions will be swept by the Vikings in my opinion. The Vikings will also be digging deep and laying it all out on the field for a chance to make the post-season as a wild-card team. I expect the Vikings to win 35-21.

The Lions should beat the Jets in the Big Apple. I don’t love the outlook for Robert Saleh and Zach Wilson. Most importantly, I believe the Lions DL can tear down the Jets OL. I believe Goff will lead his team to a big 35-17 win.

Week 16: at the Panthers

The Lions can and will sweep the Bears. The Lions will have a lot of heart for Campbell and I believe Goff will be clicking well with his weaponry at this point of the season. I love the idea of the Lions winning 24-17.

Unfortunately, I don’t think the Lions will win a game against the Packers next season. I would be shocked if the Packers don’t win the NFC North, but I don’t believe they will be able to rest their starters in their last game of the season. I believe the Packers will win 28-17.