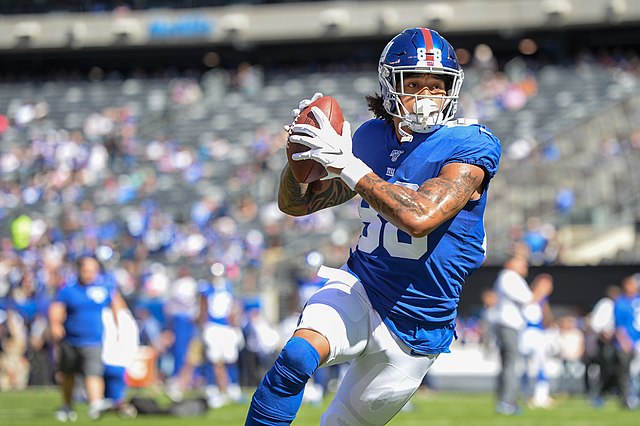 Evan Engram is underrated in Jacksonville

The Jacksonville Jaguars inked the utterly athletic, slightly butter-fingers Evan Engram this off-season to a one-year deal worth $9 million deal. Engram has been criticized for not quite living up to the standards of a first-round draft pick. Although, I believe the future is actually bright (hopefully, not the stadium lights) for the 27-year-old TE. With that said, I’m going to untwine three reasons why Evan Engram is underrated.

Engram is out of the Big Apple and Daniel Jones paradise. He will be playing under a head coach/offensive mind that has had great success with tight ends. Per Mike Garafolo of NFL.com, Pederson could use him in that TE/WR role that Pederson used with Zach Ertz. The former Eagles TE Zach Ertz made the Pro Bowl in 2017, 2018, and 2019. I expect Pederson to dial-up excellent match-ups for Engram, as teams will focus on WR Marvin Jones Jr and WR Christian Kirk.

I feel comfortable that a wiser Trevor Lawrence can be more productive than Danny Dimes. The Giants QB1 hasn’t thrown more than 11 touchdowns in each of the past two seasons. Lawrence has a lot more arm talent than Jones (to say the least) and I expect him to nicely the clean route running from Engram down the middle of the field.

The Jags have the 26th most difficult schedule in 2022 and they feast in an AFC South that showcases the Texans (27th in PPG allowed last season). I also expect the Titans to noticeably be less competitive and slowly inch towards giving the dual-threat QB Malik Willis the keys to the team. I expect the Jags to be able to score a lot of points with a very involved Engram in their division and against non-divisional teams.