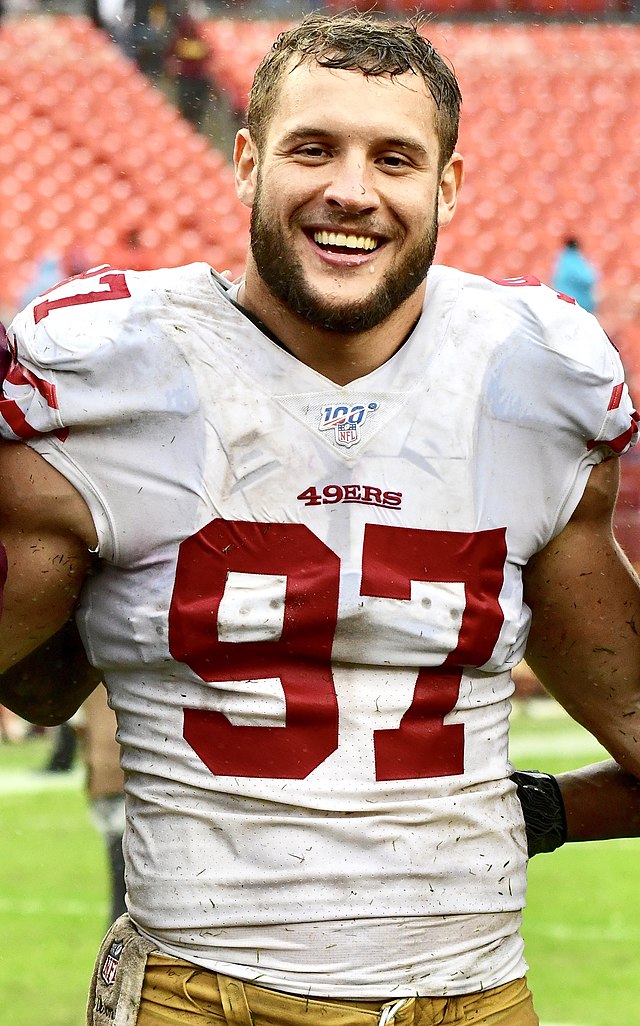 The San Francisco 49ers relentless pass rusher Nick Bosa is one of two elite NFL profiles that has an older brother at the same position (of course, T.J. Watt is the other player). Most importantly, Bosa and Watt are both aspiring to be more successful than their older bros. After the Steelers pass rusher won DPOY last season, I believe Bosa is ready to prove that he can be the best defensive player in his family.

*Between Nick and T.J., I do believe that Nick has an easier chance to be better than his brother.

Bosa had a fine rookie season, as he won Defensive Rookie of The Year and cracked a Pro Bowl spot. Unfortunately, Bosa only played in a mere two games in his sophomore season, as the entire 2020 49ers squad could resemble the Walking Dead. The motivated and healthy Bosa came back with swagger and more power as he unveiled a whopping 15.5 sacks, 21 tackles for loss, and 32 QB hits last season.

Bosa was fourth in the NFL and second in the NFC in sacks in 2021. After Watt snatched the DPOY award from Aaron Donald last season, I believe the fourth-year pass rusher in SF not named Aaron Donald could be the next behemoth pass rusher to win DPOY. In fact, Adam Schein from NFL.com believes that Bosa will win DPOY next season. He notes that Donald may retire, Bosa has shown out in pivotal playoff moments, and that 49ers defender is simply an excellent all-around player on a loaded team.

Hopefully, Bosa can really wreak havoc against the Rams OL that will miss former Pro Bowl LT Andrew Whitworth. Nick only ousted 1.5 sacks in two combined games against LA last season. It would be an understatement to say that Donald racked up his stats against pedestrian NFC West offensive lines in his DPOY campaigns. If Bosa can unleash more action than a Michael Bay movie against fellow divisional pass protections and strive to be the best player on the field in prime-time match-ups — he should have an All-Pro season and robust DPOY case next season.