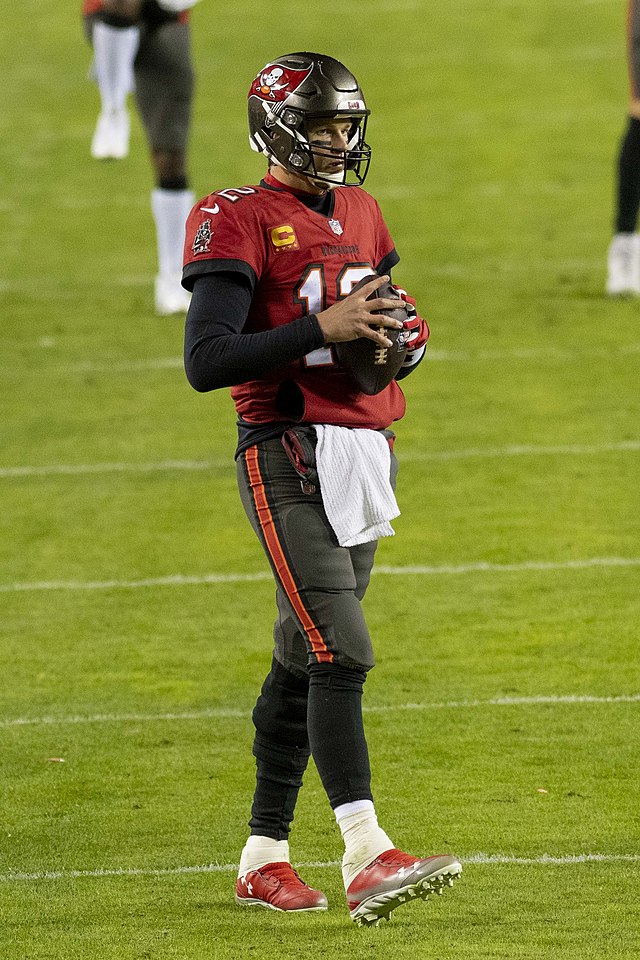 What will be the Buccaneers record in 2022?

The Tampa Bay Buccaneers witnessed a resurrection from Tom Brady this off-season. The Brady bunch is certainly confident that they can still be a juggernaut team, despite lots of hype surrounding the likes of Buffalo and Los Angeles. With that enunicated, I’m going to simply untwine the ups, downs, and overall record of the Buccaneers in 2022.

Week 1: at the Cowboys

The Bucs were able to witness TB12 have an amazing comeback against the Boys in 2021. Perhaps Brady and a healthy Gronk Chris Godwin have more spark than Dak for the second time in a row. I believe the Bucs will edge out the Boys in a close game by a score of 35-28.

The Saints have been able to make life a living hell for Brady for the past two seasons. I expect the improved 2022 Saints to continue to dominate the Bucs and win their first battle by a score of 38-24.

The Bucs should feel motivated and confident against a Green Bay Packers team that has struggled against the Bucs over their past few showdowns. I don’t believe A-Rod will take a noticeable decline with Davante Adams, but I believe Brady is more geared to win a likely shootout. I forsee the Bucs winning 38-28.

Week 4: vs the Chiefs

The Tyreek Hill-less Chiefs are still a very good football team and I believe KC will win a close game by a score of 35-28.

Week 5: vs the Falcons

The Falcons could make splash plays against the Bucs, but they are certainly a few years away from reaching the playoffs. I expect the Bucs to win 35-17.

Week 6: at the Steelers

The Bucs should be able to have high-end success against the Steelers CB group not featuring Joe Haden. I forsee the Bucs winning 35-21.

Week 7: at the Panthers

Christian McCaffrey will have a hard time running against the Bucs stingy front seven and It will be near impossible for Sam Darnold to keep pace with TB12. I expect the Bucs to win 35-21.

Week 8: vs the Ravens

Brady may have almost passed the torch to Lamar Jackson, but he will surely focus on squashing the Jackson-led squad next season. It will be hard for Brady to drop 40+ points on the Ravens scary secondary, but I expect the Bucs to win 28-21.

I trust that Brady will play his heart out against the Rams, but I don’t trust the Bucs defense to slow down Cooper Kupp and Allen Robinson. I believe the Rams will win 38-31.

Week 10: vs the Seahawks

Let’s be honest – the Seahawks aren’t going to have a strong fight against the Bucs. I believe the Bucs will win 35-17.

I believe the Browns with Deshaun Watson are a strong Super Bowl contender. I also love the Browns pass rush with Myles Garrett and Jadeveon Clowney against Lamar Jackson Brady. I predict the Browns will win a close contest against the Bucs at home by a score 35-28.

I am not convinced that the Saints or the football gods will allow the Bucs to win this contest. I believe the Saints with a potential hotter offense will beat the Bucs 28-14.

The Bucs should absolutely bounce back and beat the 49ers in Week 13. I expect the Bucs have a lot of success against the 49ers young QB and average secondary – as they proceed to win 35-21.

The Bengals may be the kryptonite against the Bucs, but I believe the Bucs can exploit the Bengals pass defense and win this contest by a score of 35-28.

Week 16: at the Cardinals

The Bucs could have a serious challenge against the Cardinals with DeAndre Hopkins, but I’m still believing in Brady to throw away Kyler Murray by the end of the fourth quarter. I believe the Bucs win 35-28.

Week 17: vs the Panthers

The Bucs will still have a ton of success against the potential Matt Corral-led Panthers and I believe they win this game by a score of 35-14.

The Bucs will most likely keep the gas on the pedal in their last game for a chance at the number one seed. I believe they mop the floor against the Falcons by a score of 42-17.