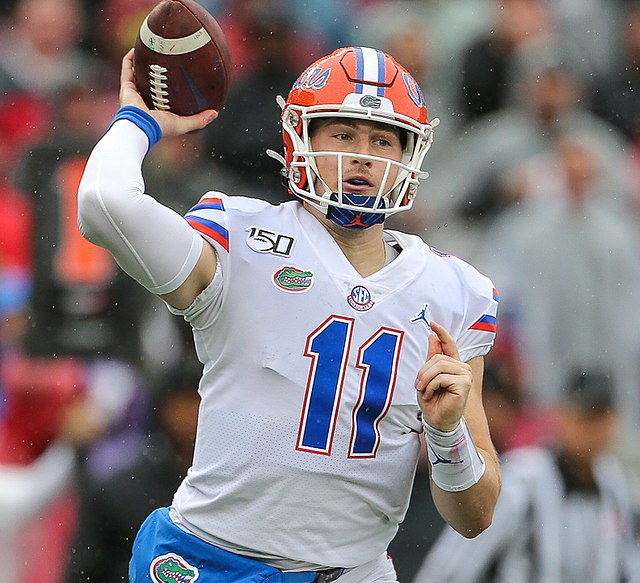 Why Trask is Brady’s heir in the future

We all got a short glimpse this offseason of what a Tom Brady retirement would look like…pretty much chaos.  It is not necessarily hard to fathom that we are nearing the end of an era soon enough, and eventually, the day will come when he hands up the shoulder pads for good.  With this, there needs to be a plan in place for the Buccaneers to fill the QB position, and considering they are likely to be as good this year as the past two, the likelihood of a high draft pick is minimal.  This leaves them with their 64th overall pick in the 2021 draft, Kyle Trask, the quarterback out of Florida University.  In this article, I will be covering why I believe he is a shoe-in for the QB1 spot once Tom Brady leaves.

Time to develop & to learn the playbook

The first main concept that gives Trask an advantage over any potential rookie or free agency signing would be his chance to experience the offense firsthand and learn the playbook.  After this season, Trask will have had 2 seasons to have studied how the offense runs, as well as 1 season under his belt of how it will run under new head coach Todd Bowles.  This is not only an advantage due to him being able to utilize the offense how the offensive coaches want him to, but it also allows him to comprehend audibles and switch plays on the fly.  Having these years to learn is extremely valuable to his career and should be viewed as such by the coaching staff when it comes time to choose an heir to Brady.

Already has received high praise from the front office for development

The next reason he should be seen as the starter would be how he has impressed his front office, specifically.  General manager Jason Licht has stated the following regarding Trask and his development to date:

“We’re very excited about the development of Kyle, where he has come from in the last year and what he has done… just being able to sit behind Tom, Blaine and Ryan, as well, in that room with Clyde (Christensen), Tom Moore, and B.A.”

He would also go on to say: “I couldn’t think of a better experience for a young quarterback to spend his rookie year than with the greatest player of all time… He’s been well-coached, and he’s had unbelievable resources to lean on to get to where he is right now.”

The key words from this interview are excited and well-coached.  They clearly have put an emphasis on training him specifically and developing him into the prospect they know he can be for the team.

Exceptionally high level of play when last on the field

Many tend to forget Kyle Trask was a Heisman Trophy candidate in his last year of college, and that he performed exceptionally well.  On top of that, he did this in the SEC, which is notorious for being the most difficult conference in college football.  In his final season, Trask put up the following statline:

This is an absolutely phenomenal season for any player, and despite his play being somewhat raw and needing development, he has been receiving that from the Buccaneers.  So, with this, we should see Trask be at bare minimum a competent starter in the NFL in the near future.