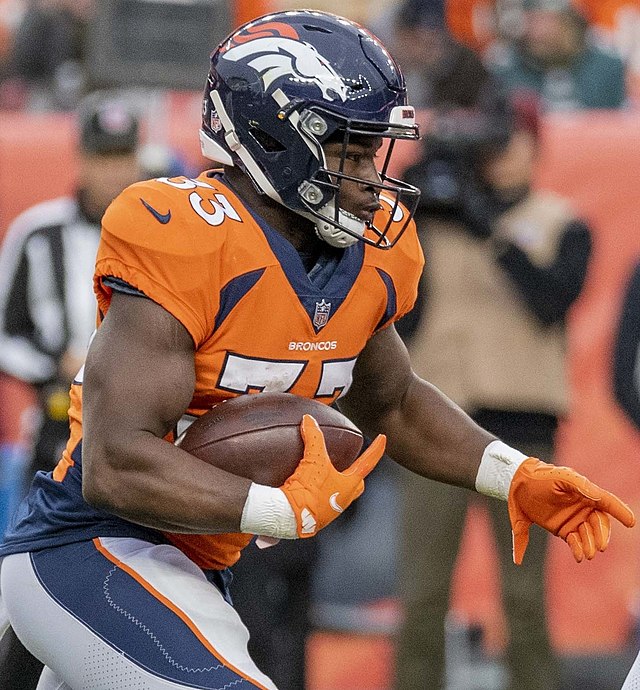 Expect the Broncos running back tandem to dazzle in 2022

The Denver Broncos unequivocally have one of the most superb running back tandems in the league w/ Javonte Williams and Melvin Gordon. I expect the second-year Broncos RB to have the hot hand in the 2022 season.

Williams is also listed as the Broncos RB1 on the depth chart at this moment.

Williams should have more carries than the former Wisconsin god-like RB, but Gordon will surely be a pivotal part of the offense. Gordon garnered 986 rushing yds and 9 TDs in 2020 — then proceeded to obtain 918 yds and 8 rushing TDs in 2021. He garnered an impressive 77.8 grade via PFF last season. The 29-year-old RB returned to Denver on a one-year deal worth $2.5 million dollars. Per PFT, Gordon sat out of practice yesterday due to a foot injury. It is unclear when he will return, but it seems like the team is being patient with him so he can be ready to shine in Week 1.

The Broncos ranked 13th in rushing yards w/ their prestigious RB duo last season. I fully expect the Broncos to be a Top-10 rushing offense with a more mature Williams. I expect Williams to make his first Pro Bowl next season with more all-around growth and involvement in the Broncos offense. Furthermore, Williams should ultimately be leaned on a lot more when Gordon (eventually) breaks up with the Broncos younger RB.