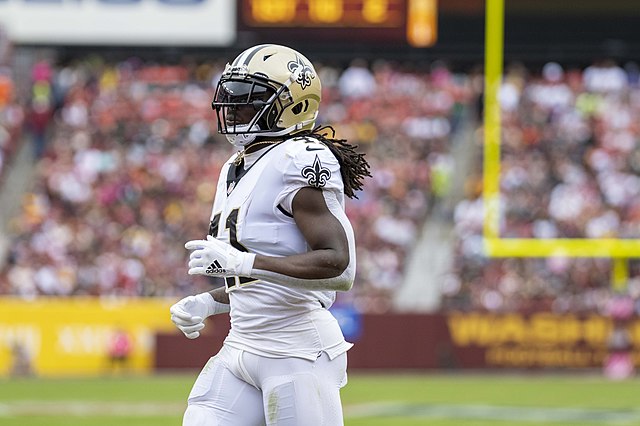 Who is the most overrated dynasty running back

The dynasty fantasy football world is firing off on all cylinders right now. With that said, I’m going to highlight the pivotal running back spot – as I untwine five overrated dynasty running backs.

The explosive Seattle Seahawks RB Rashaad Penny hasn’t quite been a consistent force in the league. Unfortunately, he hasn’t played more than 10 games in each of the past three seasons. Furthermore, He will be splitting the rock with the former Michigan State Spartan Kenneth Walker moving forward. Walker has seen more action with Penny already nursing injuries in training camp.

I love the Kansas City Chiefs RB depth so much that I am not head over heels for RB1 Clyde Edwards-Helaire. I predict Jerick “Jet” McKinnon to be more involved and productive in the Chiefs offensive attack. Of course, Ronald Jones will be a game-changer in unique ways with the Patrick Mahomes-led offense. CEH, who still gets undeserved respect for the first-round badge and bunk bed with Mahomes, should be traded away.

I don’t expect the Las Vegas Raiders to ship away Josh Jacobs, but I don’t believe he will elevate his game and ascend into the same caliber RB as Nick Chubb. Jacobs will share meat on the bone with the fresh rookie Zamir White. NFL.com analyst Lance Zeirlein dubbed White as a pivotal rookie for the Raiders. It’s also obvious that Davante Adams and a healthy Darren Waller will eat up a lot of attention in the Raiders passing game.

It appears that Saints fans are happy that Alvin Kamara will not be punished by the league in 2022. However, the grim reaper will leave his mark on AK in the following season. Kamara is climbing up in age, in a loaded passing offense, and approaching a sure-fire suspension. Hence, It would be wise to find a lucrative offer to trade him away now.

The times are changing in the Jaguars back-field with a healthy Travis Etienne. The former Clemson RB missed the entire 2021 season, but he is back and ready to handle the load in Doug Pederson’s offense. Although, I don’t expect Etienne or Robinson to have the most stable success behind the Jags OL. I am less optimistic that there is a light at the end of the tunnel for the veteran James Robinson. He is also still nursing an Achilles injury.