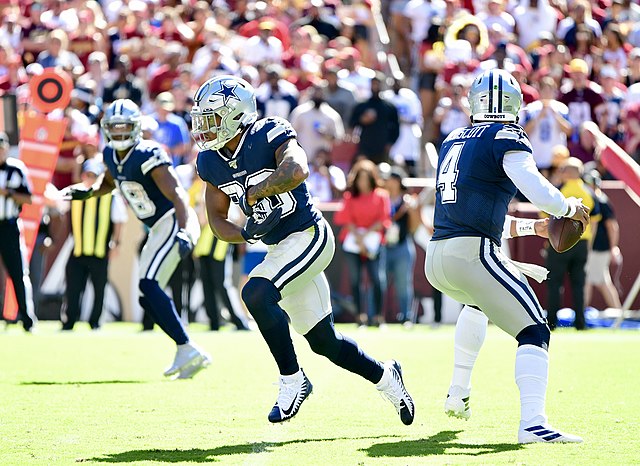 RBs to trade for in dynasty

The Buffalo Bills half-back James Cook is in the golden position and it appears that he could be the lead back sooner than expected. Furrow Sterling of Buffalo Rumblings believes Cook could be the lead RB in 2022. Furrow noted that he has impressive power with his size and 4.42 speed. The Bills writer also noted Cook has excelled in the passing game and that OC Ken Dorsey has placed Cook in multiple formation packages, too. I expect Cook to be a monster profile in the Bills offense for a long-time. Devin Singletary also will be a free agent in 2023 and I don’t foresee the Bills bringing him back.

The former Michigan State RB Kenneth Walker should be a big asset in the Hawks offense moving forward. I don’t love Rashaad Penny’s injury history – as he hasn’t played 10+ games in each of the prior three seasons. Walker has already gained more reps with Penny dealing with injuries in training camp. I honestly believe that Walker and DK Metcalf are the future of the Seahawks offense that has a fat question mark at QB.

The Dallas Cowboys RB Tony Pollard is slowly catching up to the bell-cow RB Zeke Elliot. Pollard notched an impressive 1,056 all-purpose yds — after 628 total yds in the season prior. His well-rounded ability is why the Boys are planning to use him more in the slot in 2022. Per Dallas Morning News, offensive quality control coach Kyle Valero has been tutoring Pollard to excel from the slot.

The versatile and explosive Cordarrelle Patterson returned to the Falcons on a two-year deal worth $10.5 million dollars. With Dave Ragone, aka the Falcons offensive coordinator and former Bears passing game coordinator, Patterson should continue to thrive in his RB/WR role. The Falcons will have a ton of quick passes and creative plays designed for the very underrated skill player.

I really foresee the former AZ Cardinals RB Chase Edmonds having a career season in Miami – after he had personal best marks in total yds (903) and forced missed tackles (16) in 2020. The 49ers worked wonders with rookie Elijah Mitchell in 2021 – as Mitchell ran angry for 963 yds and 5 TDs in 11 contests. I expect Edmonds to really shine under the wiz Dolphins HC. The Phins may have Tyreek Hill and Jaylen Waddle, but it’s extremely important to not forget about the x-factor and starting RB Chase Edmonds.