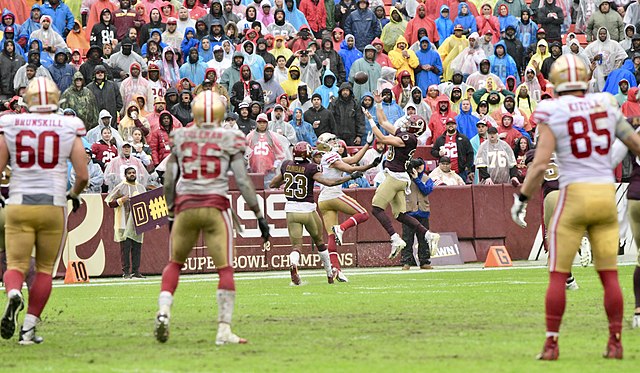 Trey Lance is going to be the Week One 2022 starter at quarterback for the San Francisco 49ers. This is something that has been expected for some time, even by many last season when the 49ers first drafted him out of North Dakota State University with the third pick of the 2021 NFL Draft. The two-time FCS champion led the Bison to an undefeated season in 2019, a season in which he threw for zero interceptions.

That said, Lance also played in just one game in the following 2020 season. For a team to select a player third overall who played in just one game in their final college season can be seen as rather bizarre. But some still point to his 2019 season, in which he compiled 42 total touchdowns (28 passing, 14 rushing) and 3,886 total yards (2,786 passing, 1,100 rushing) as evidence that he was worth such a high pick despite the lack of play in ’20.

It’s rare that a quarterback who played their college ball in the FCS gets the kind of attention Lance does, especially one that played just one game in their final season. An awful lot of praise has been given to a player who hasn’t played a lot of football. Nevertheless, when he has played, he’s generally been nothing short of excellent. He’s got the arm and the size to make himself an asset as a dual-threat quarterback in the modern NFL.

Lance is capable of the kind of rushing attack similar to that which has been seen through the likes of Cam Newton. At 6’4”, 224 pounds, Lance can be difficult to bring down, especially if he’s able to get into the open field. In terms of accuracy, too, he stacks up to Newton. Having started in just two games last season, there’s little to take away from his accuracy thus far in the NFL. But the NCAA stats of Lance and Newton paint a picture.

Because Lance has started so few games recently (two in 2021, one in 2020), it’s difficult to gauge just where his potential in the NFL is currently at. Of course, he’ll be leading a 49ers team in 2022 that carries high expectations with it. If he’s overrated at this point, it’s on account of the premature reactions many have towards him. It simply isn’t responsible at this point to lavish him with the praise he hasn’t been given the opportunity to earn. In the games Lance started in ’21, he had the tendency to take a lot of unnecessary contact. He’ll want to turn that around as well.