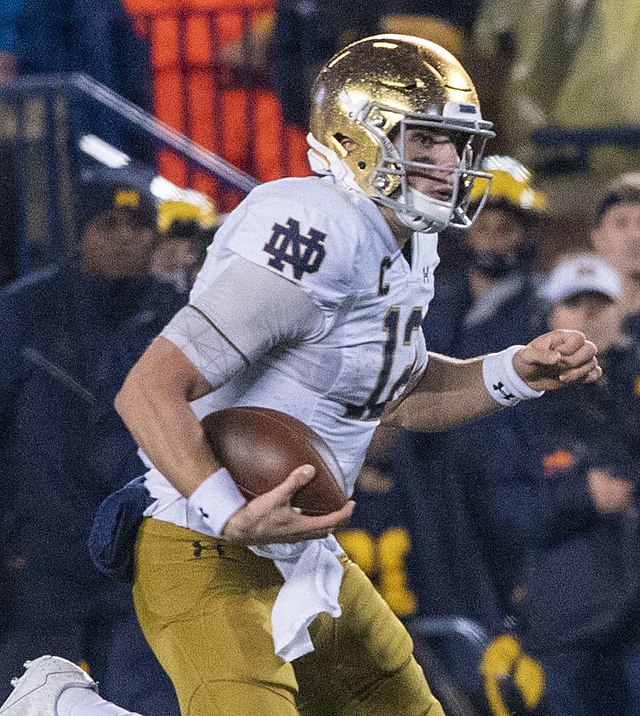 What to expect from Ian Book

Book was thrown in the fire against the Miami Dolphins in Week 16 of last season, to say the least. The former Notre Dame signal-caller had to lead a Saints team that missed 22 players and four coaches against a Dolphins team that was on a six-game winning streak. Well, what exactly was the end result for Book? He threw a pick-six on his second pass of the game, threw 12 completions of 20 attempts, and finished with 135 passing yards. Book didn’t flash greatness, but Sean Payton did make it clear after the game that he was performing with very limited help.

Book did make impressive moments in the 2022 pre-season – as he unveiled 42 completions to 65 passing attempts, 64.6 completion percentage, 2 passing touchdowns (to 2 interceptions). His QBR in pre-season was 73.6 – which was a step up from his QBR (55.7) in 2021. He was making positive strides this off-season, but he was beaten by the Red Rifle (Andy Dalton) for the Saints QB2 spot. The Saints had so many talented back-up pieces at other positions, that Dennis Allen ultimately decided that it wasn’t worth keeping Book as a QB3.

The Eagles currently carry three young, talented, signal-callers on their roster moving forward. The Eagles quietly have tremendous depth at their QB position. Minshew and Book are both set to be free agents after this season. I believe that Minshew (who also lived out of a bus for a chunk of this summer) may leave and compete for a starting gig next off-season, so it wouldn’t be a complete surprise if Book was the QB2 for the Eagles in 2023 and beyond.