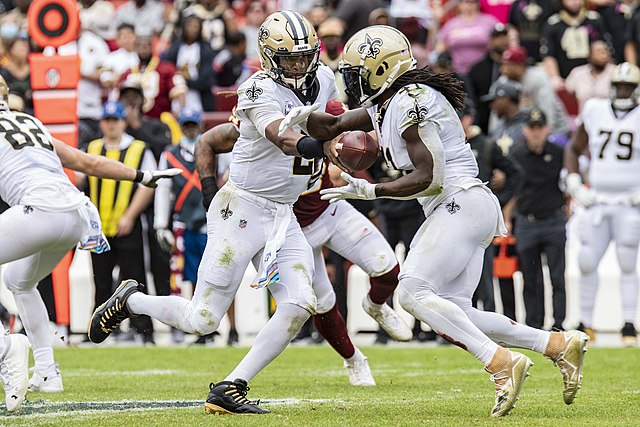 Expect the Saints offense to shine in 2022

The New Orleans Saints offense was the opposite of firing on all cylinders a season ago. The playoff-cursed Saints squad ranked dead last in passing yards — which instantly brought grey hair to the Saints legendary head coach Sean Payton. As Payton stepped away from football (for the moment), the Saints offense will rely on the ole-familar, offensive coordinator Pete Carmichael and a healthy Jameis Winston to make life hell for opposing defenses.

As widely enunciated, Winston was blatantly a stud in seven match-ups last season, by throwing 14 touchdowns to three interceptions, and most importantly: ousting a potent 5-2 record. He’s finally healthy and playing with a WR group that transformed into shinier armor this off-season.

The NFL analyst Bart Scott has pegged Winston to win MVP in the 2022 season. It’s hard to deny his situation – where has a healthy (and underrated) Michael Thomas, a slot legend in Jarvis Landry, and an electric rookie in Chris Olave. Thomas may run an infinite amount of slant routes, but he is still unguardable in the intermediate and deep parts of the field. The Saints wiz Nick Underhill of New Orleans.Football nicely pointed out that a “healthy Michael Thomas” would be the biggest asset to the team this summer.

The Saints don’t only have a Top-5 WR trio, but they have an un-suspended Alvin Kamara in 2023, a feisty, age-less Mark Ingram, and an underrated athlete at TE named Adam Trautman. AK, who had a magical rookie season, ousted 1,337 total yards in a broken Saints offense last season. Ingram quietly had 3.8 rushing yards per carry (which was more than Kamara’s 3.7 YPC) and 260 rushing yds in seven games in 2021. It could even be said that Ingram’s explosiveness was strange at this stage in his career.

Let’s not forget about the Saints beef up front. They will also have a mostly healthy, very talented OL to kick off Week 1. Trevor Penning will be out until at least November, but they will anticipate quality play from Andrus Peat and Ryan Ramczyk. The former Stanford OL (Peat) missed 11 contests last season, while Ramcyk missed a career-high seven games.

The Saints should return to being a Top-5 team in passing yards and a middle-of-the-pack rushing offense. They possess a highly-gifted group of players on offense and I expect Carmichael to know which buttons to press moving forward. Barring an injury to Winston or Thomas, or an unexpected blunder from the back-up LT James Hurt, the Saints offense should bring music to the ears of Who Dat Nation in 2022.