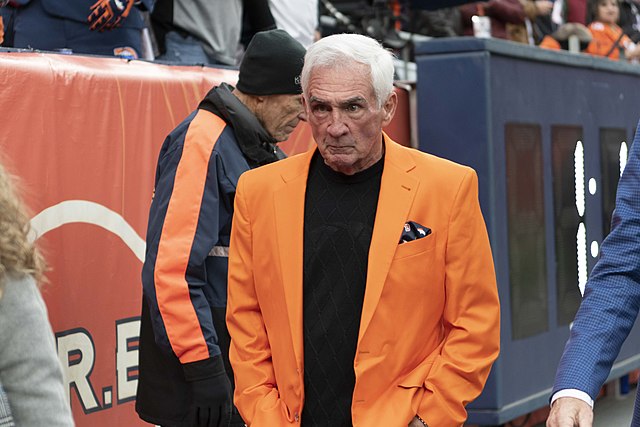 Best Broncos coaches of all time

Lindsey Vonn’s favorite NFL team, aka the Denver Broncos, is fortunate enough to have obtained three Lombardi trophies in their history. Given their franchise success, they have had many gifted ring leaders in their existence. With that said, I’m going to take a unique, intriguing angle at the Broncos franchise by untwining the seven best Broncos coaches of all time.

The most beloved and wise HC for the Broncos was undoubtedly Mike Shanahan (father of Kyle Shanahan). Mike was also Shanahan had a 138-86 record for the Broncos. Most importantly, he led his squad to be victorious in the 1997 Super Bowl & in the 1998 Super Bowl. He is well known for unleashing a West Coast offense that leaned on running the ball (particularly with Terrell Davis). John Elway and Terrell Davis unveiled Hall of Fame-worthy careers under Shanahan.

The Broncos ring leader, Dan Reeves, was a beacon of consistent dominance. Reeves brought the Broncos to three Super Bowl appearances (although, they lost all three SB showdowns). Reeves ultimately finished with a 110-73-1 record in Denver. In addition, he obtained an impressive five AFC West titles.

Red Miller didn’t have the longest journey with the Denver Broncos, but he was quite efficient in his time in Denver. The man that passed away at the age of 87 on September 27th of 2017 led the Broncos to Super Bowl XII (unfortunately, they lost to the Dallas Cowboys). Furthermore, he won NFL Coach of The Year in his first season as the Broncos HC. He was inducted into the Broncos ring of honor in 2017.

It’s hard to ignore the top-tier success that Kubiak had in Denver, particularly with his Super Bowl-winning season in 2015. Kubiak, Peyton Manning, and Von Miller simply kicked a lot of ass together in Mile High. Despite the mere two seasons that Kubiak stayed in Denver, he should be recognized as a Broncos legend.

Of course, Kubiak also did a superb job of making Matt Schaub a Pro Bowl QB in Houston.

John Fox managed to have a 7-4 record with Tim Tebow at QB and he proceeded to take large leaps after Tebow left with the stat machine Peyton Manning. Fox didn’t come out with a Lombardi trophy in his career, but he did win the AFC Championship in 2015.