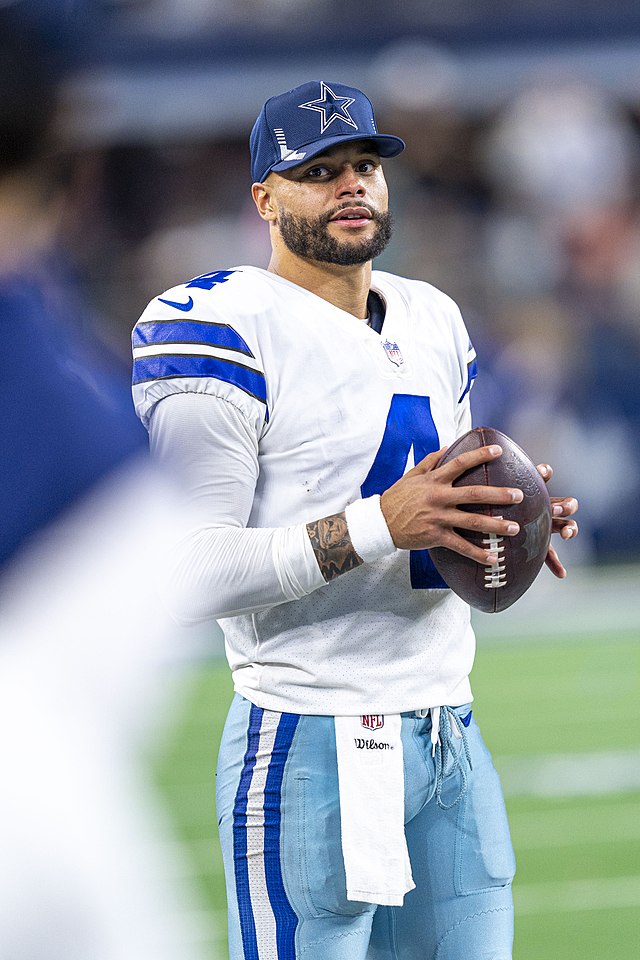 It may seem like the seven trumpets are going off in Dallas after it was announced that Dak Prescott will miss 6-8 weeks. However, the Boys still have a plethora of talent on their roster & they could surely sneak into the playoffs with the right signal-caller. With that said, I’m going to untwine seven QBs that may be a logical fit for Dallas.

I would honestly love to see Teddy “two gloves” in a Cowboys uniform. The signal-caller that is coming off a 7-7 record last season can take care of the football and utilize the crisp route-running ability of Ceedee Lamb and Michael Gallup. I also don’t foresee the Phins retaining Bridgewater as a QB2 long-term, so it may be wise for Mike McDaniel to ship him out for a draft pick soon.

The Cincinnati Bengals QB Andy Dalton, also known as the “Red Rifle”, still has the arm talent and a slice of the fountain of youth at 34 years old. Most importantly, Dalton played nine games with the reigning NFC East Champions in 2020. It would make a ton of sense for the Boys to bring him back if New Orleans was open to the offer.

The Panthers legend, Cam Newton, lost a chunk of his ability that led him to win MVP in 2016. Nonetheless, he could still be a threat with his rushing ability. I would want to see the Panthers ink Newton as 1B at QB. The NFL world witnessed Taysom Hill run angry for 81 yards and a touchdown on Sunday. It may be wise for the Boys to roll with a pure passing QB at 1A and sprinkle in Newton at 1B at QB.

Perhaps the Boys are desperate enough to get the Philadelphia Eagles to cough up the magic man, Gardner Minshew, in 2022. Minshew may be the most underrated backup QB in the league and it’s a shame that he hasn’t had a shot at a starting gig after many flashes of greatness in Jacksonville.

Geno Smith is pegged as the starting QB and the Hawks are likely a bit more interested in moving on from the Drew Lock experiment. He still has physical gifts, but he hasn’t quite found the right fit. Lamb and Gallup could make a lot of plays with the clean version of Lock.

The former USC mythical QB, Sam Darnold, is the ultimate wildcard to land with the Boys in my opinion. Darnold has been in numerous agonizing situations in Adam Gase land & surrounded by an injured Christian McCaffrey. Yet, he has made impressive throws and taken care of the football at key times. He may be the best value pick-up for the Boys — assuming the Panthers don’t have a modest price tag on him.

The electric Tyrod Taylor would be a safe bet for the Boys. Taylor, aka the 2015 Pro Bowler and near-starting QB for the Chargers (until a sad injury occurred to him from the medical staff) is still looking for his last break. The issue is: will the Giants be open to trading him to the Boys?