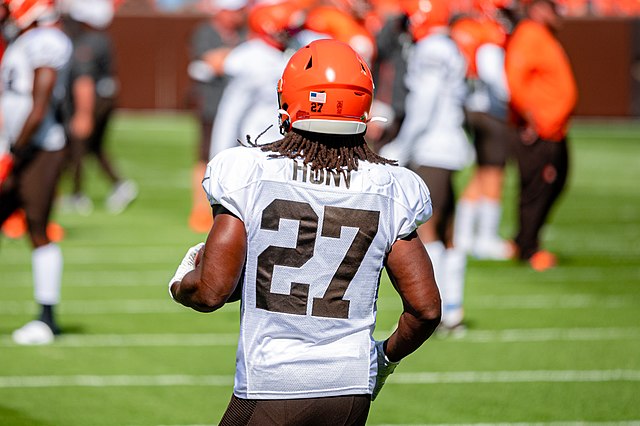 With Week 1 of the NFL season now in the books, we have a slightly clearer picture of the situations in each team’s backfield. Some players exceeded their expectations. Others not so much. In this article, we will look at 3 running backs you should be trying to buy on the low, and 3 you should trade away now while their value is sky-high.

Etienne split the snaps with James Robinson in Week 1, but saw 7 fewer carries and dropped an easy TD pass on fourth down. Robinson scored two touchdowns and was efficient with his 11 carries. While the initial results may not seem too encouraging for Etienne, we have to remember that this was his first ever NFL game. Also, after spending so much time recovering from the brutal Lisfranc injury, it’s possible the Jaguars were simply being careful with one of their best offensive weapons. Etienne is the better receiving back between him and Robinson, and he has the college connection with Trevor Lawrence. The Jaguars will be playing some tough teams coming up (Colts, Chargers, Eagles) which will likely see them playing from behind. This sets up Etienne nicely for a bounceback to his slow start.

While the stat line was not all that impressive for Hall (61 total yards, 1 fumble), the same could be sad for most of the Jets offense. Hall at least had some positives workng his way which should encourage fantasy managers to try and make a trade for him. Hall led the Jets with 10 targets, which should assuage fears about Michael Carter taking all the passing game work. In additon, Hall had a team high 17% target share, showing New York wants to get its new weapon as much work as possible. Something else to consider: Hall is the better first and second down runner, and when Zach Wilson is under center, he is much less inclined to check down to the RB than Joe Flacco. R ookies also tend to get more involved as the season goes along.So come Week 5, there will be a shift in the RB room benefiting Hall. He will still maintain flex value in the interim, but can be a solid RB2 in the near future.

Many people saw Aaron Jones as the clear-cut RB1 coming into this season, or at least the 1A to Dillon’s 1B. Week 1 told a different story. Dillon saw more touches (15 to 8) more targets in the passing game (6 to 5) and scored the Packers only touchdown of the game. Frankly, this is the time to buy Dillon while the backfield still partially resembles a timeshare. He is the clear goal line back in this normally high-powered offense, and Aaron Rodgers clearly isn’t afraid to target him in the passing game either. Aaron Jones will still get him, but the majority of the scoring opportunities rest in Dillon’s hands, and that is what matters for fantasy.

Hunt had an excellent Week 1, compiling 70 total yards and both Browns touchdowns on the day. This is likely to be a highpoint for him, as he operates in conjunction with Nick Chubb, and both backs are unlikely to see enough volume to warrant top dog status. Having to rely on touchdowns for production with Jacoby Brissett at QB is not a recipe for success. Chubb will be the back to own in Cleveland, as he is the typical goal line back and sees the most carries. Hunt is too volatile to rely on for consistent production. Capitalize on his strong Week 1 and sell him now while the value is high.

This may be an unexpected name to hear, as Patterson was essentially the bell cow in Atlanta for Week 1. However, this was due to Damien Williams leaving the game with an injury. With Tyler Allgier a healthy scratch for the game, the Falcons never had an alternative for if a back went down. Thus, Patterson was forced to take on a heavy workload. Williams is expected to be back for Week 2, and Allgier will likely be activated as well for insurance purposes. On a team with no playoff aspirations, it would behoove Atlanta to see the younger players get more of a chance and see if anyone is worth keeping long term. When both backs were on the field Week 1, Williams saw more time in the backfield than Patterson. Williams will likely split carries with Patterson, cratering his value. Now is the time to move on from Patterson before it is too late.

This one may get some hate, but there are a lot of question marks surrounding Najee. He was dealing with a Lisfranc injury before the season, which is known to hamper running backs when they try and play through it. Then, during the Steeler’s Week 1 tilt with the Bengals, Harris suffered a foot injury which caused him to leave the game. The talent Harris posses is undeniable. But he is quickly on his way towards having the injury bug tag being slapped on him. Having to play behind a subpar offensive line does him no favors either. Seeing if you can get a high caliber player in return for Najee would not be the worst strategy in the world at this point.