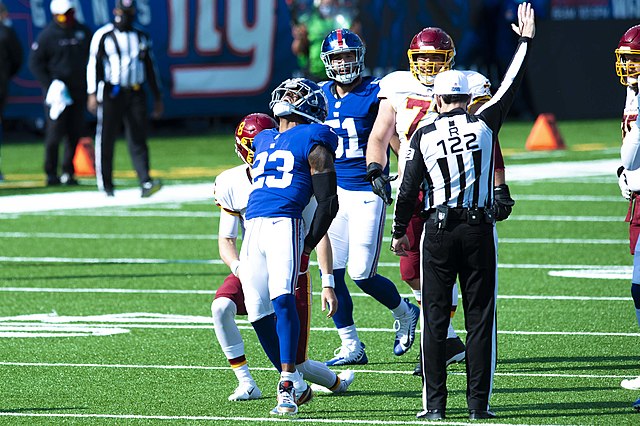 Expect terror from the Giants defense

When defensive coordinator Wink Martindale arrived in East Rutherford, a breath of fresh air blew around Metlife Stadium. His history of creating blitz-heavy schemes (similar to the former DC in the Big Apple, Gregg Williams) made it clear that the New York Giants defense would be different from years past.

So far, so good. After limiting Derrick Henry to just 82 rushing yards on 21 carries, New York held the Carolina Panthers to just 16 points in week two for the win. Even with a pedestrian day from the offense, the defense stood firm against Baker Mayfield (who was roasted by many Giants fans because of his comments on Daniel Jones in the past).

But, let’s think about this for a second. New York has yet to see Kayvon Thibodeaux and Azeez Ojulari on the field in the regular season. But, Jihad Ward and Oshane Ximines have stepped in beautifully and gotten to the quarterback.

There were question marks at the cornerback position heading into the year, especially with Adoree Jackson being the only capable player safe as CB1. But, Darnay Holmes and Aaron Robinson have been serviceable. Xavier McKinney is holding his own back at the safety position, and Julian Love had a sack against Carolina that was key to the Giants’ win.

Overall, the Giants’ defense is very underrated. They don’t have the big-name players other teams have or perhaps top-end profiles that were present on the Giants Championship defense. But, the scheme has put these players in a good situation.

Fantasy-wise, they are the 16th best defense in the league, averaging 5.5 fantasy points through two games. They have yet to allow their opponents to score more than 20 points in a game, and that could continue as they head into a Monday night matchup against the Dallas Cowboys.

It’s early, I get it. But, this is a good start for a team with new schemes on both the offense and defense. But, to be 2-0 after many expected them to be a rebuilding team this year is a big morale boost.