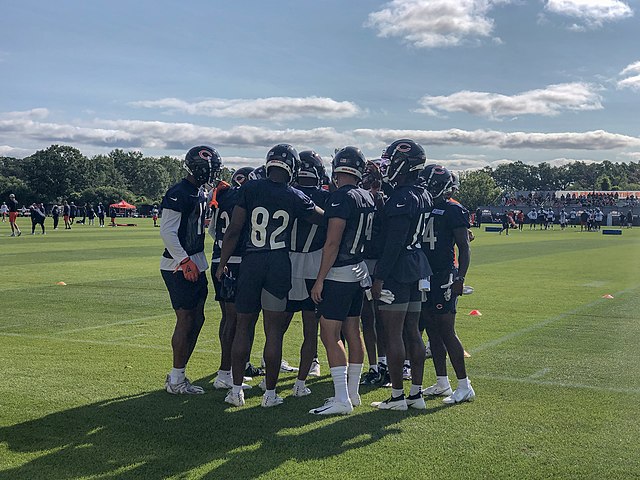 The Chicago Bears moved on from the scapegoat Matt Nagy, but they still have issues at their pivotal quarterback position. The second-year quarterback Justin Fields surprisingly garnered a monster victory against the San Francisco 49ers, but his wheels fell off afterward. Fields had a whopping QBR of 5.8 against the Green Bay Packers, an 18.2 QBR against the Houston Texans, and a 34.3 QBR against the New York Giants. The former titan-like figure at Ohio State showed a glimmer of hope against the Minnesota Vikings by unveiling a 76.5 QBR in the fight.

In the year that Avatar 2 will smash box office records, the Bears QB1 has registered 679 passing yards, 3 passing touchdowns, 4 interceptions, 194 rushing yards, and an overall QBR of 37.

Sadly, the best play in his best single-game performance of the 2022 season was overturned by a penalty.

With that enunciated, an intriguing question surrounds the Bears QB: Is Fields overrated?

I wholeheartedly feel that Fields was overrated entering the 2022 season (especially with his supporting cast) & I believe that he’s a bottom-five QB right now. The Bears should still rightfully acknowledge that he has gifts and it’s worth enduring his growing pains to witness potential high-end performances from him this season than ride with Trevor Sieman — who went 0-4 with the New Orleans Saints last season.

The Bears need to get Cole Kmet involved & and it would make sense to add a FA WR to their roster. It’s easy to suggest that Will Fuller & Odell Beckham Jr. are logical fits for 20 squads, but the Bears arguably could benefit from Fuller or OBJ more than any team. Plus, it’s a sharp idea to pair Fields with an illustrious WR1 before showing him the bench. He isn’t playing like a first-round pick, to say the least. However, he could make strides by running the ball more, playing with an improved group of weapons, and then churning out more potent continuity every day.