Could The Giants Shock The World? 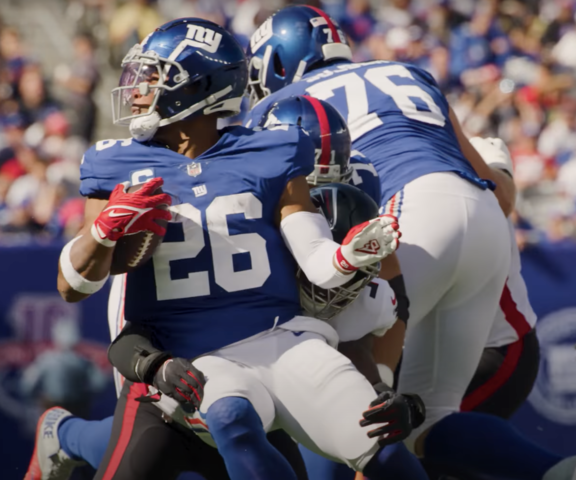 It would not be the first time the New York Giants shock the league if they beat the Philadelphia Eagles on Saturday.

They shocked everyone when they beat the New England Patriots to Super Bowl 42 and 46, the latter being the last time they had won a playoff game until their win over the Minnesota Vikings last weekend.

Facing the number one seed is never easy, but the Giants will go into this game confident they can cause an upset.

Can they do it again?

If the Giants are to advance, they have to capitalize and make the most of any opponent flaws.

Philadelphia’s quarterback Jalen Hurts and offensive lineman Lane Johnson have been injury doubts and will likely go into this game not 100% healthy.

This is where the Giants can capitalize, between the trenches. With a defensive line featuring studs such as Dexter Lawrence, Leonard Williams, Jaylon Smith, and Kayvon Thibodeaux, they can get to the Eagles.

This is not going to be a pretty win, and the Giants are likely going to have to grind out a hard-fought win, but if they can win this battle between the trenches, then they have every chance. If they do this, they will need their offense to also perform lights out.

This was one of the feel-good stories of Wildcard Weekend.

Jones became the first quarterback in playoff history to throw for 300+ passing yards and have over 75 rushing yards during their 31-24 win over Minnesota.

Some players have a clutch gene in them when it comes to playoff football, and there was not a more recent example than Nick Foles as he guided the Eagles to their one and only Super Bowl.

Eli Manning was another player, and like Jones, he was never elite in the regular season. However, in the postseason, he turned into a different animal.

Who can forget his pass to David Tyree in Super Bowl 42 and catch to Mario Manningham in Super Bowl 46. These are not exactly elite receivers who helped these plays happen.

Manningham never had a season with 1,000 yards receiving and only once did he catch more than five touchdowns in a regular season. He only had 51 receptions and one touchdown in the two seasons that followed Super Bowl 46 before retiring.

Tyree never had more than 211 yards in any regular season and had four touchdowns all throughout his career. He had just four receptions from eight targets and one touchdown in their Super Bowl winning postseason run in the 2007 season. He never had a career reception after getting his ring.

There is a sense of familiarity with the current players Jones has around him. Barkley is the one exception, an elite running back, a contender for Comeback Player of the Year and someone with three 1,000-yard seasons in his five years in the league.

Wide receiver Isaiah Hodgins and rookie tight end Daniel Bellinger both scored in Sunday’s win. Bellinger only had 268 yards in 12 games this season and Hodgins has just 392 career yards in three seasons. Darius Slayton also came up big despite never having a season with more than 800 yards. His 88 yards went a long way to helping the Giants beat the Vikings..

In Barkley, Bellinger, and Hodgins, these are three weapons that will be a big help to Jones if they are to beat the Eagles.

If They Were To Win…

A road game against either the San Francisco 49ers or Dallas Cowboys would follow should Brian Daboll’s men advance. Whilst they would once again be underdogs, they will fill confident after beating Philadelphia.

As great as Brock Purdy has been, the rookie QB has yet to be tested at the highest level, with a favorable regular season schedule and a game against the seventh seed Seattle Seahawks. Purdy looked nervous at times in the Wildcard Round.

Earlier, there was discussion about quarterbacks such as Nick Foles and Eli Manning who turn it on in the postseason. Other quarterbacks such as Kyler Murray (2021 season) and Jared Goff (Super Bowl 53) proved to be the other way around. If Purdy struggles, whilst there is an argument that their defense could bail them out. With an offense that scored 31 points on Sunday, there is no guarantee that this 49ers defense will automatically be the same as they have been all season.

If they are to face the Cowboys, this is a Cowboys team that has perennially struggled since their 1995 success. They have choked in recent seasons when it matters, and despite his brilliant performance against the Tampa Bay Buccaneers on Monday Night Football, Dak Prescott has yet to deliver when it really counts.

It is a longshot that the Giants win one game, let along two or three more, but there have been crazier playoff moments. This is why NFL fans love the playoffs. Anything can happen.

What We Learned From Super Wild Card Weekend
Divisional Round Picks
wpDiscuz
0
0
Would love your thoughts, please comment.x
()
x
| Reply