Top 10 Running Backs of All Time 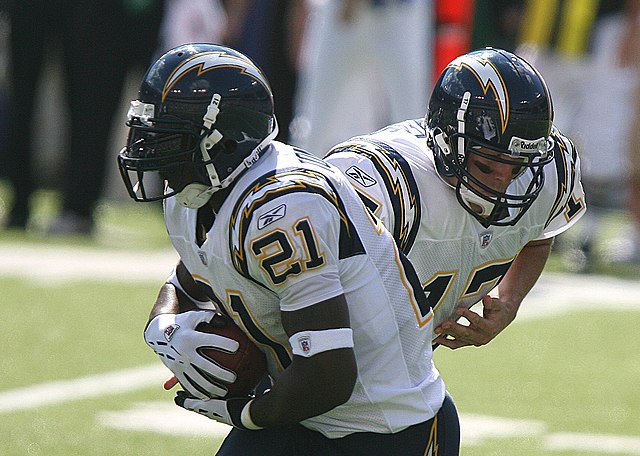 Who are the best running backs of all time?

The running back position is arguably the most exciting position in professional football. Stellar backs have been thrilling fans for generations, and while the NFL seemingly becomes more pass-heavy by the season, there’s still no substitute for the type of back that makes for nightmares for opposing defenses.

The versatility of the position is one of the reasons why it’s so exciting. The greatest at the position have been bruisers, elusive speed freaks, balanced attackers. They’ve done their work inside the tackles, on the perimeter, and out of the backfield. But just who exactly are these backs?

Lenny Moore was arguably the NFL’s first dual threat running back in terms of running and catching the football. As one of the integral parts of the Baltimore Colts’ offense throughout the 1950s and 1960s, alongside Johnny Unitas, Raymond Berry, and John Mackey, Moore led the league in scrimmage yards per touch a remarkable six consecutive seasons between 1956 and 1961.

As great as the Kansas Comet was, he will always be one of the NFL’s greatest unanswered questions. Gale Sayers played just seven seasons in the league for the Chicago Bears, retiring in the midst of his athletic prime at just 28. Had persistent knee injuries not forced his early retirement, he may well be much higher on this list. Even so, he managed to lead the league in rushing yards per game in three of those seven seasons.

Sayers was extremely elusive and agile which made him one of the most difficult running backs to tackle in NFL history. This talent also enabled him to be one of the league’s all-time great special teams players. In three consecutive seasons from 1965 to 1967, he led the league in all-purpose yards, twice going over the 2,000 mark (2,272 in ’65, 2,440 in ’66).

Marshall Faulk was the engine allowing the St. Louis Rams’ Greatest Show on Turf to reach its highest potential. In three consecutive seasons from 1999 to 2001, he was selected as the NFL’s offensive player of the year. Like Lenny Moore before him, he was a specialist at catching the football out of the backfield as well as a traditional running back.

Faulk, who made a name for himself before his Rams days with the Indianapolis Colts, solidified his mark on the NFL with the Super Bowl team of 1999. In the ’99 regular season, he put up 2,429 total yards from scrimmage, breaking down to 1,381 rushing yards and 1,048 receiving yards, as well as 10.2 receiving yards per target.

LaDainian Tomlinson’s 2006 season stands out as one of the greatest individual seasons by a player at any position in NFL history. His 28 rushing touchdowns that season remains a league record even with the schedule jumping from 16 games to 17 starting in the 2021 season. Though this kind of season was never replicated, the rest of his career is equally worthy of praise.

Tomlinson led the NFL in rushing touchdowns for the San Diego Chargers in two seasons other than ’06 as well, in 2004 and 2007. Only Emmitt Smith scored more rushing touchdowns in league history. Few running backs have ever been as consistently great as he was for much of his career.

Eric Dickerson was the Los Angeles Rams of the 1980s. In five seasons with the team, he led the NFL in rushing yards in three of them, including the ’84 season when he went for 2,105. He also had a great season with the Indianapolis Colts in ’88, which was one of four seasons he put up over 2,000 yards from scrimmage.

Dickerson slowed down beginning in the third year of his tenure with the Colts, but for most of his career he was consistently a threat to rush for over 1,200 yards. His 2,105-yard mark from ’84 still stands as an NFL single-season record, having been approached but never topped a couple of times by the likes of Adrian Peterson and Derrick Henry.

When you think about the history of the Detroit Lions, the first player that probably comes to mind is Barry Sanders. Few, if any, running back in league history has been as consistent. Even more impressive is that he played on teams that were generally less than stellar, with an offensive line that was likely lesser than many of the other great backs in league history.

Sanders also retired young at just 31 and just 1,457 shy of the then all-time rushing record held by Walter Payton. It’s entirely conceivable that he may have been able to reach that record had he chosen to keep playing. Nevertheless, there’s never been a back who has ever achieved more in the NFL with less.

It was no mistake that Walter Payton became the NFL’s all-time leading rusher. After all, he was an absolute work horse. Between 1976 and 1979, he led the league in carries each season, reaching the mark of 369 in the ’79 season. Less known than the rushing record is that he also retired as the all-time leader in receptions as a running back, again pointing to his workload.

Plenty of lists have Payton higher than four, but that’s the appropriate placement. His numbers are more the result of repetition and the sizable workload he maintained rather than his being more talented than others on this list. However, there is something to be said for a running back who could hold up that level of play for so long.

Emmitt Smith is currently the NFL’s all-time leading rusher, owing largely to his longevity at this running back position. In 13 seasons with the Dallas Cowboys, he had 11 seasons of at least 1,000 rushing yards and led the league in rushing four times. As part of the Cowboys dynasty of the 1990s, he was also one of the great postseason performers in league history.

What’s more, Smith is also the all-time leader in rushing touchdowns. His style of play was deceptive because he never appeared to be all that fast, elusive, or powerful. Yet there were never better running backs in the league while he was active, a testament to his vision in the backfield, on the go, and knowledge of situations.

O.J. Simpson’s 1973 season is arguably the greatest individual season in the history of the NFL. In a 14-game schedule, he managed to rush for 2,003 yards, averaging 143.1 rushing yards per game. Imagine how many yards he gets if that’s a 17-game schedule. However, it took a few seasons for the Buffalo Bills to bring in a coach who would feature him so heavily.

In terms of sheer talent, no one tops Simpson. His longevity may not match that of Emmitt Smith or Walter Payton, but he was far more talented than either of them. Persistent legal problems have long since deterred the public’s attention away from his playing career, but there’s no denying his place as one of the NFL’s all-time greatest players.

The eight-time All-Pro selection and three-time MVP is one of the five greatest players in NFL history. At 6’2”, 232 lbs, Brown was a bulldozer running the football. His 104.3 career rushing yards per game is the most in the history of the league. No player has ever had his level of superiority over his contemporaries.

Divisional Round Picks
Breaking Down the RPO: Why is it So Successful?
wpDiscuz
0
0
Would love your thoughts, please comment.x
()
x
| Reply