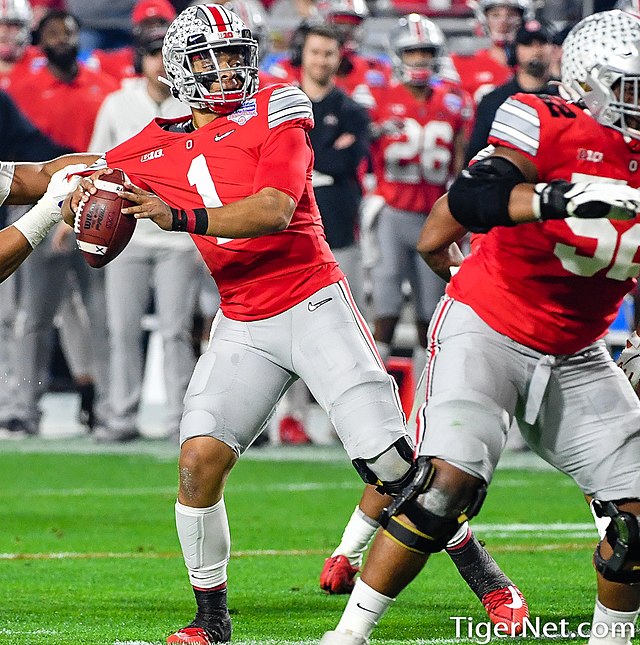 Should the Bears trade away Justin Fields now?

The Chicago Bears 23-year-old quarterback Justin Fields is coming off a porous, tough rookie season in 2021 (7 touchdowns, 10 interceptions, 12 fumbles, 58% completion percentage, and a 2-8 record). Fields has undeniable athletic ability and arm talent, but don’t let a few dazzling rushing highlights point away from the fact that Fields (and numerous other rookie QBs) had a tough beginning to their career. Fields isn’t in Matt Alcatraz Nagy Island in 2022, but the picture with Fields in the Allen Robinson-less NFC North is hard to diagnose.

Cons of trading away Fields

Fields often struggled in his rookie season, but he may have a high ceiling with his dual-threat ability. He could be productive with an offense that’s more methodical and adapts well to his rushing ability. Plus, the Bears could fail in the next few years to find a prospect in the NFL draft that’s as talented as Fields.

There may not be a lot of teams willing to break the bank for Fields at this point. The NFL world is witnessing the Browns struggle to find a trade partner for Baker Mayfield, so it could be quite difficult for CHI to receive multiple first-round picks for Fields.

Pros of trading away Fields

If Eberflus honestly feels like Fields isn’t the best fit, he shouldn’t be scared to start in a new direction. After all, if the Fields QB1 boat sinks, Eberflus will surely fail. If Eberflus has a QB prospect that he can acquire on a reasonable deal, he should start that path as soon as possible.

There is a lot of popularity around Fields at this point in time. If a team like New Orleans or Arizona believes he can utilize their offense on a quality level, the Bears may want to trade him with a modest amount of trade value to a new team. If Fields struggles for a second straight season with a new coach, he could have very little trade value.

Kirk Cousins was the second option to RG3 in Washington many seasons back, but he ascended into the starting QB spot. Jameis Winston was also introduced to New Orleans after Taysom Hill was mystically projected to be a great QB, but Winston won the starting QB role in the end. Strong or another young QB could certainly be the future Bears starting QB if Fields doesn’t pan out.