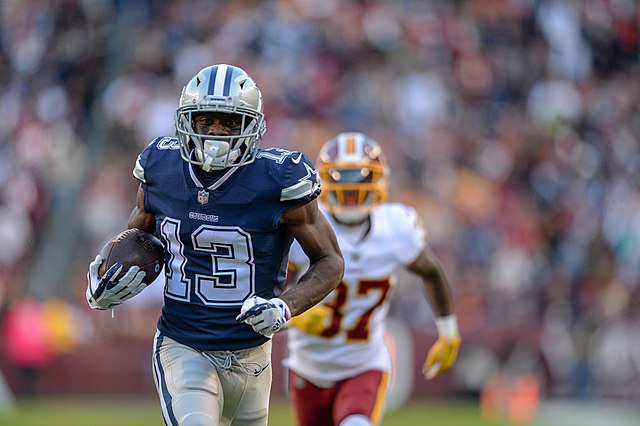 The Fantasy Football landscape is more intense than the blazin hot sauce at Buffalo Wild Wings after two weeks of football. Today, it’s vital to cover none other than the Week 3 Waiver Wire. Hence, I’m going to untwine several names to scoop up off the wire.

Garrett Wilson is looking to be another special former Ohio State wideout, after hauling in a whopping 102 yards and 2 touchdowns against the dog pound last Sunday (which exceeded his first stat-line in Week 1: four catches for 52 yards). Many NFL faces have pointed out that Wilson already gives off “Justin Jefferson vibes”. It should be noted that Wilson doesn’t even have Zach Wilson at QB yet — who is on track to return in Week 4, per NFL.com.

The flash-like RB Raheem Mostert, who is owned in 51.7% of ESPN leagues, is ascending to be the top dog at RB amid a high-powered offense. Mostert out-snapped Chase Edmonds yesterday & ousted 79 total yards. It seems that Mostert’s chemistry with Mike McDaniel is beginning to pay off.

The Dallas Cowboys elusive wideout Michael Gallup is finally back after he tore his ACL last season. Gallup inked a five-year deal worth $62.5 million dollars this off-season and he’s expected to be a big part of the puzzle moving forward. He’s only owned in 44% of ESPN leagues, but I expect that number to rise in the next 1-2 weeks.

The Jacksonville Jaguars TE Evan Engram is in a superior situation than last season, to say the least. He is proving to be reliable with Trevor Lawrence – as he ousted eight targets and several catches in Week 2. Michael Salfino of The Athletic is firm that Engram is a top TE add heading into Week 3.

The Detroit Lions veteran sharpshooter, Jared Goff, is coming off a monster game with four touchdown passes. He finished with a 121.7 passer rating for the day. It may be wise to grab the Lions QB that is nominated for FedEx Air Player of The Week & that is only rostered in 23% of Yahoo leagues.

Logan Thomas, also known as Taysom Hill before Taysom Hill, nicely recorded a touchdown in Week 2. He’s also proven to be able to stretch the field – as he caught a 27-yard pass in Week 2 and a 20-yd catch in Week 1. I love the Commanders big weapon next to Scary Terry and Jahan Dotson.

The Falcons dual-threat QB has been a stingy foe against the mighty New Orleans Saints defense in Week 1 & the ultra-dangerous LA Rams defense in Week 2. As of late, Mariota registered a couple of passing touchdowns against the Aaron Donald-led defense. He should continue to blossom with the young WR-TE duo in Kyle Pitts and Drake London.