Pro Comparisons for Top CB Prospects in the 2022 Draft 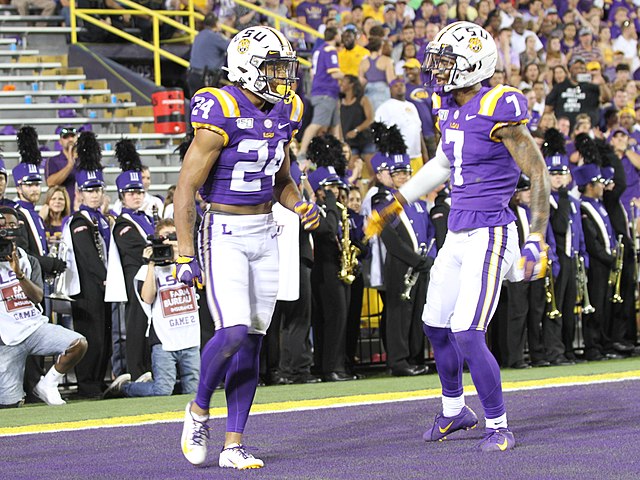 Who is the pro comparison for Derek Stingley?

As we gear up for the draft season, this crop of cornerbacks is making a splash. The onslaught of the modern NFL passing game has teams scrambling to revamp their secondaries, and that all starts at the corner. The 2020 and 2021 drafts both saw corners get selected twice in the top 10, and we could possibly see a similar valuation this year.

NFL scout Lance Zierlein has this class ranked 4th out of 11 position groups in the draft. Not bad, and there’s a lot to like at the top. Let’s take a look at the top 5 prospects here, and how they project at the next level.

We don’t have a full profile on Booth because a quad injury held him out of the combine, but the Clemson product fields a lot to offer. At 6 foot 194 pounds, he has the length and size to hang, He played against top tier talent in the SEC, and what’s more he improved year to year in terms of production. After scarce playing time his freshman year, he posted a solid sophomore campaign playing 10 games, making 4 passes defensed and 2 picks, and built on that last year with 5 passes defensed and 3 picks. He’s also got tape making some beautiful one handed and athletic interceptions, so his potential as a ball-hawk is there.

Elam has elite traits mounted on his 6’1″ frame. He posted a 4.39 40, and with length and speed like that has the chops to make it as a boundary corner in the NFL. He’ll need to work on his consistency and abilities vs the run at the next level, but with tools like this, a team is sure to bite and mold him into the player they want to see out there. His peak performance in college was his 2020 season where he posted 39 tackles, 11 PD and 2 picks, so it’s easy to see what he’s capable of out there.

McDuffie has rock solid measurables at 5’11” 193 pounds and a 4.44, but what sets him apart is his aggressiveness in press and downhill mentality that makes him an asset vs the run. He’s been at both outside and slot positions in college, and with the growing demand for slot corners in the modern NFL, he seems like a great candidate to coach up. His quickness, stickiness and nose for the play all make him perfect for the slot, and he could be one of the greats moving forward.

I’d rank Stingley higher but we haven’t seen his ceiling as much as one would hope, as he’s been stunted by injury in the past two years. However, in his freshman campaign, the talent was beaming off the tape. He finished with 6 interceptions and 15 passes defended, showcasing incredible speed and burst to match with his 6 foot, 205-pound frame. If he can utilize his high-end athleticism and strength at the next level and stay healthy, he could go down as the best corner of the group.

He’s 6’3″, he’s got 4.4 speed, he’s a 3 year starter who posted 3 picks every year in college, and Rich Eisen is ready to riot and force the Jets to pick him at #4. It’s fair to say he’s popular in this draft cycle. After a good showing with the Bearcats and with tools to drool over, how is Sauce likely to stack up in the pros?

Gardner excels in man coverage, particularly in press. He’s physical at the point of attack vs receivers, and highly athletic. He could be the type of guy to lock down half of the field if he gains his DC’s trust, and I really like the idea of putting a big, sticky, fast corner opposite TE’s when applicable.

Dynasty Outlook: Odell Beckham Jr.
The ceiling and floor of the Cincinnati Bengals in 2022